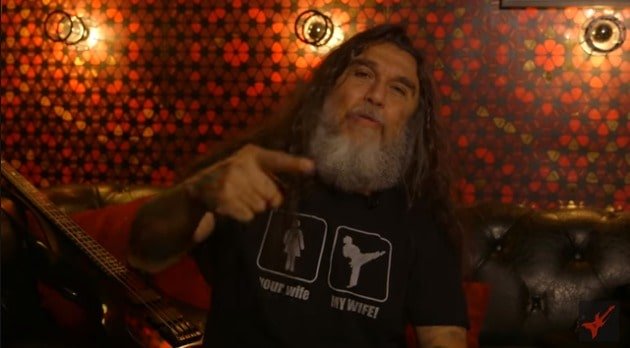 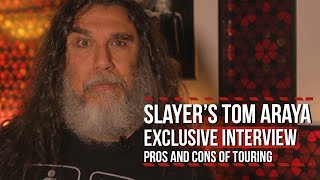 After 35 years of fronting Slayer, Tom Araya admittedly has somewhat of a love / hate relationship with touring. During our recent sit-down with the thrash legend, we asked him about the pros and cons of being on tour.

“After 35 years, it’s time to like, collect my pension,” Araya said lightheartedly. He recalled the early days of Slayer when the entire band was “young and invincible,” but since Araya became a family man, his priorities have naturally shifted. Luckily, Slayer is at a point where Araya can fly home to see his wife and kids at any point, which he credits for helping him get through long treks and recording sessions.

Years of headbanging also took its toll on Araya, forcing him to undergo neck surgery not too long ago. As Araya told us, that intensely physical connection to Slayer’s music was immeasurably important and the absence of it has made performing slightly less enjoyable. “I like knowing I was a f—ing bad ass headbanger,” said Araya. “I don’t wanna sound all big or anything, but there’s no comparisons.”

Araya still likes playing his role onstage, however, staring down people in the audience and unleashing his intimidating aura. “I like singing and just spitting that s—t out and convincing everybody that this guy is a f—ing maniac. It’s like acting. You feel the lyrics and you show them with your facial expressions, your body expressions, your intensity — I love that s—t.”

Check out our chat with Tom Araya in the clip above! 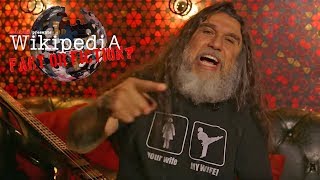 The post: Slayer’s Tom Araya on the Pros and Cons of Touring [Exclusive Video], was published at: Loudwire