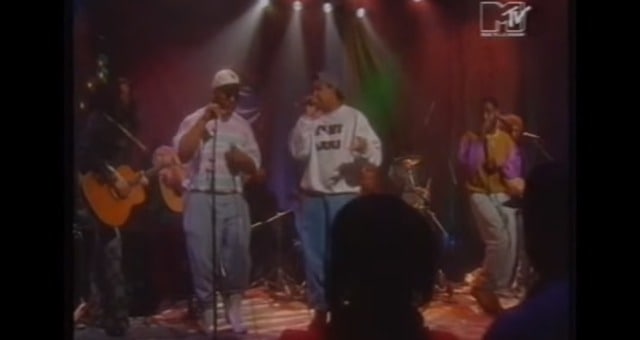 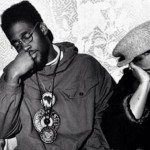 On May 14, 1991, De La Soul released their sophomore LP, De La Soul Is Dead. The Tommy Boy/Warner Bros. Records release was strikingly more irritable than the first, with Posdnuos, Trugoy (n/k/a Dave), Maseo, and producer Prince Paul shrugging off the labels that the media, Rap fans, and everybody but themselves had bestowed upon the Long Island, New York trio.

As a result, De La Soul Is Dead scraped away the perceived “Hip-Hop hippie” face-paint. The LP threw down the bouquet of flowers to grab its crotch, with a group and producer who were making music beyond any convenient fad boxes. Like 3 Feet High And Rising two years prior, the follow-up dealt with themes of resisting drugs, lust, and poking fun at poorly-made and marketed Rap music. However, the aesthetic went from whimsical to sardonic. Pos’, Plug 2, Mase’, and the devastating Prince Paul refused to conform to their identity, and made what is often considered their best work—amidst an expansive catalog as strong as any in the genre.

Second single (released May 27, 1991) “Ring Ring Ring (Ha Ha Hey)” illustrated just how unconventional De La was willing to go—despite holding gold-certified status. Whereas other outfits, even within the Native Tongues family—chased a pop sound, D.L.S. kept the vibe authentic, and the circle especially tight. The single was not a song rooted in deep concept, like other circulating spring ’91 singles (see: Ed O.G. & Da Bulldogs’ “Be A Father To Your Child” or Gang Starr’s “Lovesick”). Instead, the crew made a song about giving thirsty rappers the roadblock when demo tapes are passed. With Paul’s quirky style at the helm, the single was built around an answering machine theme, as, basically, the MCs asked for space. Notably, the video mix beat differed from the album version, another tool De La and their Dance-rooted label used to keep the culture interesting. If people were criticizing, labeling, and prejudging De La Soul, then why the hell were they sliding the artists tapes, and putting all the hot breath in their ear? “Ring Ring Ring (Ha Ha Hey)” threw the Heisman back at the struggle rappers.

When De La Soul would take the new song to MTV Unplugged, they naturally flipped the funk further. The 1991 performance, which ushered in Rap to MTV’s long-running (and recently rebooted) concert series, featured some touched upon lyrics, and that ever-tight synergy between the three artists, and a live band. Just as they do in 2016 performances, De La mastered the ceremony with energetic deliveries, charisma, and seamless improvisation. 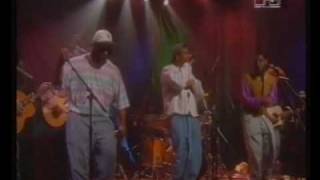 Moreover, the group did what so many Rap crews weren’t in ’91—they always treated their DJ in equal. “Unplugged” did not mean that Maseo was not necessary to the stage show. Instead, the budding producer/mix-master took a microphone alongside Plug 1 and Plug 2, and presented a different side of his repertoire. Fifteen years later, Mase’ would stay this course, and catch a Grammy alongside his band-mates for Gorillaz’ “Feel Good Inc.”

The song proved to be prophetic. While De La Soul albums would help introduce the masses to Q-Tip, Mos Def, J Dilla, Vinia Mojica, and others, the group has largely shied away from trying to build acts under their family tree. Whereas A Tribe Called Quest, N.W.A., EPMD, and Public Enemy all had branches, De La focused within—and they’re still keeping Heads ringing after 27 years.