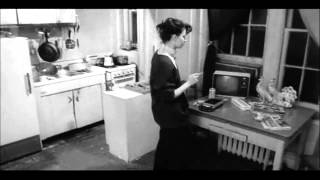 “I gotta say — not to rant, but — one thing about commercial films is, doesn’t the music almost always really suck?” Jim Jarmusch, director of films like Stranger Than Paradise, Mystery Train, Broken Flowers, and most recently Paterson, put that important question to his audience during a live interview a few years ago. “I’ve seen good movies — or maybe they would be good — just destroyed by the same crap, you know? If you look at films from even in the seventies, it wasn’t that bad. People had some sense of music for films. But maybe that’s just the commercial realm: guys in suits come and tell ’em what kind of music to put on.”

Jarmusch’s own movies draw obsessive fans as well as bewildered detractors, but they’ll never draw the accusation of having their soundtracks assembled by guys in suits. Music seems to matter to his work on almost as fundamental a level as images, not just in the final products but in every stage of their creation as well.

“I get a lot of inspiration from music, probably more than any other form,” he says in the same interview. “For me, music is the most pure form. It’s like another language. Whenever I start writing a script, I focus on music that sort of kickstarts my ideas or my imagination.” The process has also resulted in several high-profile collaborations with musicians, such as Neil Young in the “acid western” Dead Man and the Wu-Tang Clan’s RZA in the urban samurai tale Ghost Dog.

You can hear four hours of the music that makes Jim Jarmusch movies Jim Jarmusch movies in the Spotify playlist embedded just above. (If you don’t have Spotify’s free software, you can download it here.) Its 76 tracks begin, suitably, with Screamin’ Jay Hawkins’ “I Put a Spell on You,” to which Eszter Balint famously danced in Jarmusch’s breakout feature Stranger Than Paradise. Five years later, Jarmusch cast Hawkins himself as the concierge of a run-down Memphis hotel in Mystery Train. Between those pictures came Down by Law, the black-and-white New Orleans jailbreak picture starring no less an icon of American singing-songwriting than Tom Waits, whose work appears on this playlist alongside that of Roy Orbison, Elvis Presley, Otis Redding, Neil Young and RZA, and many others. 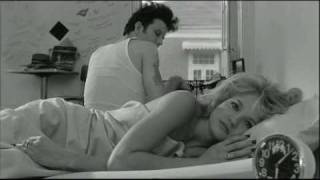 Given the importance of music to his movies, it should come as no surprise that Jarmusch originally set out to become a musician himself, and now, in parallel with his career as one of America’s most respected living independent filmmakers, spends a fair chunk of his time being one. His band Sqürl, formed to record some instrumental pieces to score 2009’s The Limits of Control, has now grown into its own separate entity, and several of their tracks appear on this playlist. Jarmusch described their music to the New York Times Magazine as follows: “It varies between avant noise-rock, drone stuff and some song-structured things with vocals. And some covers of country songs that we slow down and give a kind of molten treatment to” — all of which fits right in with the rest of the music that has shaped his movies.