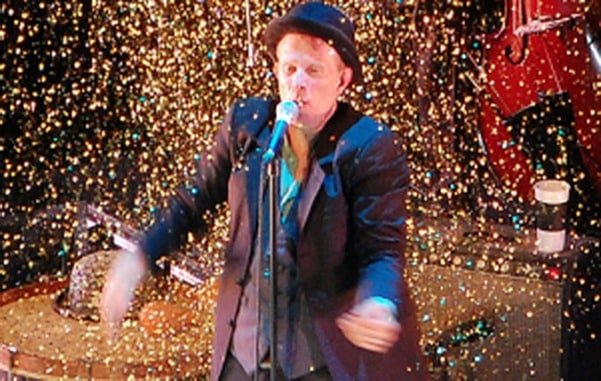 Tom Waits is that rare breed of artist who has equal amounts of credibility in the art house theaters and on the punk rock street. His depression-era everyman blues and drunken skid row laments ring just as true as his high-concept vaudeville theater act and cocktail lounge performance art. Having the ability to convincingly set his brow high or low makes Waits an excellent ambassador for film, a medium sadly riven by brow height. While cable TV and Netflix may be the art houses of the 21st century, let’s not give up on the cultural reach of legacy archives like the Criterion Collection just yet. Not before we hear Waits weigh in on his favorite art films.

Waits’ filmography as an actor is itself a testament to his brow-spanning abilities—from such wide-release fare as Dracula and Seven Psychopaths to the scrappy, intimate films of Jim Jarmusch, and more or less everything in-between. The threads that run through all of his film choices as an actor are a certain surreal sense of humor and the off-kilter humanity and formal anarchy we know so well from his musical choices. We see similar proclivities in Waits’ film favorites, as compiled by Chris Ambrosio at Criterion. Most of the choices are of the, “Ah, of course” variety in that these films so perfectly explain, or illustrate, the Tom Waits universe. We might imagine many of them with alternate soundtracks of songs from Real Gone, Swordfishtrombones, Bone Machine, etc.

First, up, of course, Fellini’s neorealist La Strada, a film about the saddest, sweetest, gruffest traveling circus act ever. Waits also confesses a passion for all of the beautifully overwrought films of Carl Theodor Dreyer, including the profound and disturbing 1928 The Passion of Joan of Arc and 1932 horror classic Vampyr (both above). You can see the full list of Waits’ favs below. Let your passion for art film be rekindled, and when watching the silent films, consider putting on some Mule Variations or Blood Money. You’ll probably find it fits perfectly.