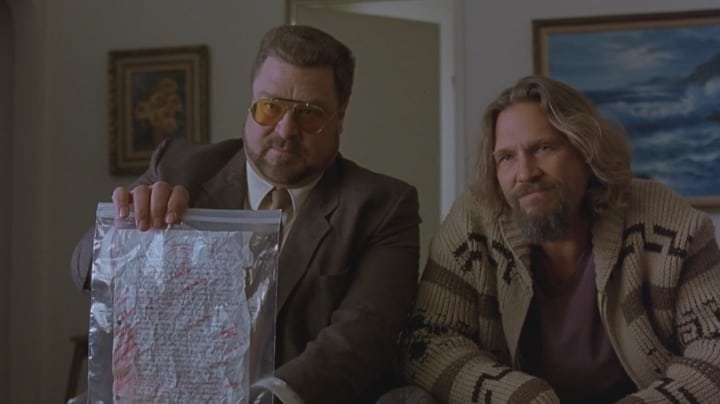 #coenbrothers – How the Coen Brothers Put Their Remarkable Stamp on the “Shot Reverse Shot,” the Fundamental Cinematic Technique – @Open Culture
0 (0)

Even if you don’t think you know what a shot reverse shot is, you’ve probably seen thousands of them. Tony Zhou, creator of the video essay series Every Frame a Painting, calls it “the most basic thing we have in film grammar. Nearly everything you watch is going to be filled with it.” Why? Because a shot reverse shot brings together, and often oscillates between, two shots: one shot, say of a character, and its reverse shot, taken from a camera turned around to face whatever the character in the first shot faces — usually, another character.

“Most filmmakers use it as quick way to record dialogue,” Zhou says. “Keep the actors still, use multiple cameras, shoot ten takes, and then make decisions in post.” But not Joel and Ethan Coen (the auteurs behind films like Fargo, The Big Lebowski, No Country for Old Men, and A Serious Man).
In the new Every Frame a Painting video essay on their use of the shot reverse shot, Zhou finds what makes a Coen Brothers shot reverse shot a Coen Brothers shot reverse shot, including a tendency to film their dialogue “from inside the space of the conversation,” as well as to work with cinematographer Roger Deakins who—in a piece of interview footage Zhou includes—describes himself as a man with “a very strong feeling about lenses,” and who for dialogue scenes prefers wide-angle lenses rather than long ones.
These preferences and others result in a filmography full of shot reverse shots that feel both “kind of uncomfortable, and kind of funny,” a visual evocation of the Coen Brothers’ frequent use of isolated characters trapped in “situations they really have no control over” — and because of the choice of lens and placement of the camera, “you’re trapped with them.” And that setup gives them a host of options when they want to emphasize or even exaggerate certain qualities of the characters talking or the situation the story has put them in.
It even allows them to show more of the setting in which that story takes place, whether snowy North Dakota, Los Angeles by night, 1980s west Texas, a 1960s Minnesota suburb, or any other of the regions and eras of which they’ve so vividly made use. Add to that the kind of snappy editing rhythm that can make their movies’ dialogue itself so memorable, and you may never feel satisfied by other filmmakers’ shot reverse shots again.

The post: How the Coen Brothers Put Their Remarkable Stamp on the “Shot Reverse Shot,” the Fundamental Cinematic Technique, was published at: Open Culture

No Thoughts on #coenbrothers – How the Coen Brothers Put Their Remarkable Stamp on the “Shot Reverse Shot,” the Fundamental Cinematic Technique – @Open Culture
0 (0)