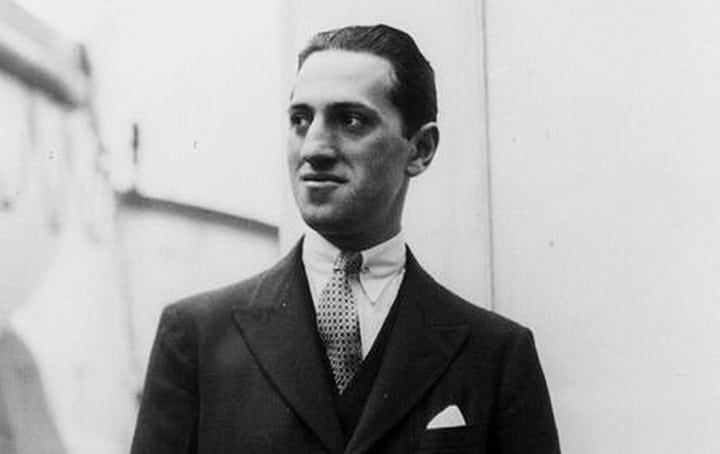 Summertime, composed by the American pianist and composer, George Gershwin, is perhaps the most recognised and celebrated song he ever composed. Gershwin wrote the song as part of his groundbreaking Opera titled Porgy and Bess.

Even though the opera contains many other famous songs it has been Summertime that has attracted a huge amount of attention by artists from all genres. This article will take a cross-section of these Summertime cover versions from where you may be better placed to decide the ones you approve of and those you may not.

This is perhaps one of the most unlikely versions of the Gershwin classic, but it somehow musically works. The combination of Joplin’s desperate, heartfelt vocals accompanied by an earnest blues outfit (Big Brother and Holding Company) does do justice to the original sentiments of the song. There is also something to be said of the arrangement played here which for me does at least explore some of the harmonic as well as melodic possibilities in the Gershwin song.

The tempo has a hesitant lilt to it and the lullaby is not lost in this performance. The highly expressive Joplin vocals contrast pleasingly to the simple supporting parts that remain understated throughout. It has become one of the most iconic interpretations of Summertime.

This adaption of Summertime comes at a time in Miles Davis’s career when he was collaborating with the legendary jazz musician Gil Evans. As you might anticipate, this version is placed firmly in the Jazz genre. It has a very laid back swing-feel to it throughout.

What is interesting is Gil and Davis’s choice of instrumentation that includes unlikely contributors such as the French Horn and Bass Clarinet. Davis plays characteristically on his melancholy, muted trumpet broadly following the original Gershwin melody. The arrangement remains true to Gershwin’s intentions sounding through the Jazz and Symphonic worlds to create a modest and enduringly respectable account of this standard.

It would be a major oversight in an article such as this one not to include the Fitzgerald and Armstrong version of this song. The setting here is very much more closely modelled on the Gershwin operatic scoring and makes full use of a rich string section with French horns and percussion to accompany. Perhaps the most breath-taking aspect of this reading of the song is Armstrong’s bold trumpet solo that precedes Ella Fitzgerald’s vocal entry.

As the song progresses the orchestration becomes increasingly imaginative, especially underneath Louis’ vocal solo. Another appealing element in this version is when both Ella and Armstrong sing together with Armstrong gently lapsing into his distinctive scat singing. This arrangement has received many an accolade and is amongst the most enduring of the interpretations.

Here is a quite different interpretation of Summertime, this time by the ever popular Willie Nelson. Nelson is perhaps better known for his contributions to Country music and this arrangement has a subtle blues-country feel throughout that compliments the original song.

The simple bass, piano, guitar and vocals instrumentation that is occasionally interspersed with the lonely sound of the harmonica is convincing even if Nelson chooses not to stray very far from Gershwin’s harmonic structure. This track was part of a fairly recent album release in 2016 titled, “Summertime: Willie Nelson Sings Gershwin.”

This is one of the most unusual editions of Summertime as it combines the talents of two immense names in the world of music and film, namely John Williams and André Previn. The Album had the title André Previn – Sound Stage as the tracks, rarely heard now, were used by Hollywood to accompany or feature in movies.

What we hear in this recording is an arrangement of the standard by John Williams with the conductor/pianist André Previn ably demonstrating his remarkable talent for jazz. Sadly, the track is a very brief rendition of Summertime but it has a sleek, almost Henry Mancini feel to it. Previn’s performance is effortlessly fluent and glitters its way through the many harmonic colours implied in the original. Williams reportedly conducts the orchestra in this performance which has all the hallmarks of this now legendary film composer.

Perhaps not a song you would readily associate with this 60’s group who shot to fame with their electrifying song, “She’s Not There”. The gentle lullaby feel is enhanced in this rendition as the Zombies interestingly decided to play it with a 6/8, 3/4 swing feel that crosses the genre borders of folk and jazz.

The change in time signature does not detract from Gershwin’s original music at all, instead offers a light, inviting variation that works extremely well on the ear. With the exception of an inventive keyboard solo, the form of the song is broadly as Gershwin intended it to be.

With hits like “Bring it on Home”, “Chain Gang”, and “Twisting The Night Away”, it is not surprising that Sam Cooke also decided in the late 1950s to record his own version of the Gershwin classic. This recording has all the aspects of most Cooke tracks from the time with a Latin, offbeat string bass, flat wound string guitar chords and ethereal backing vocals.

Sam Cooke also takes certain liberties with the original melody that are very much in keeping with the music of the time and illustrate many of the traits of his gospel roots. The track has a carefree feel that typified the Sam Cooke style and does lend a certain 50’s appeal to it.

A more up to date interpretation of this Gershwin standard. Sublime the band was what came to be a fusion between Ska and Punk and ushered in the third wave of Ska music. In this track, the band take all manner of diversions from Gershwin’s original.

Whilst elements of the original are clearly audible in the track, the band superimpose their own lyrics over the existing song material, using just chord patterns against a ska beat to create their song. It’s hard to know what Gershwin himself might have thought about this version of his song, perhaps it may have raised a wry smile.

To Pessoa and Saramago: a poetry homage by Opiemme in Lisbon, Portugal.