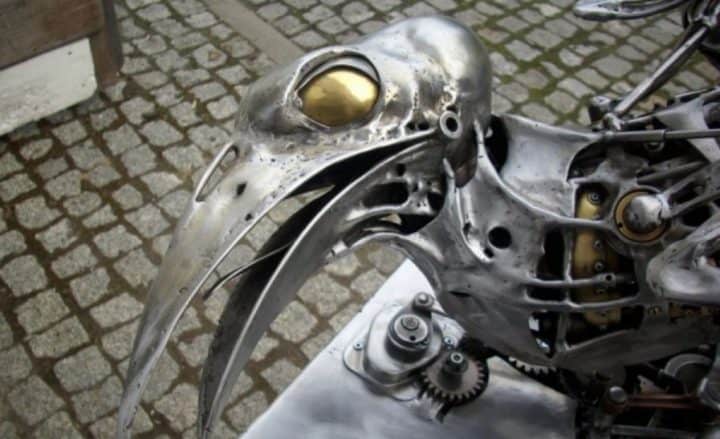 Apocalypse from now on: Haunting paintings that depict a world during the end of days @Dangerous Minds
0 (0) According to his bio at the Morpheus Gallery, Polish artist Dariusz Zawadzki sees himself following in the footsteps of another surrealist Polish painter, the great Zdzislaw Bekinski. Zawadzki started painting when he was just eleven and when he expressed interest in pursuing formal training in art school he was told that his eyesight wasn’t good enough for him to become skilled in his chosen medium. This opinion didn’t deter Zawadzki and the young aspiring surrealist instead taught himself how to paint, developing unique methods along the way that helped him work around any issues he had with his vision.

In an interview Zawaszki said once said that most of the images he paints come from his dreams and his desire to discover “unreal worlds.” Zawadzki is also fascinated with birds and the symbolism they represent and will often incorporate aspects of bird-like features such as beaks and the suggestion of feathers.

In addition to his incredible paintings, Zawadzki is also a skilled sculptor and uses metal materials to create three dimensional futuristic works of art. I’ve included a few of Zawadzki’s sculptures along with many of his grimly beautiful paintings below. Zawaszki’s work is also the subject of an upcoming book that presents his large catalog of artwork in chronological order, The Fantastic Art of Zawadski which is due out in 2017. Some of the images that follow are slightly NSFW. Another metal sculpture by Dariusz Zawadzki.

No Thoughts on Apocalypse from now on: Haunting paintings that depict a world during the end of days @Dangerous Minds
0 (0)