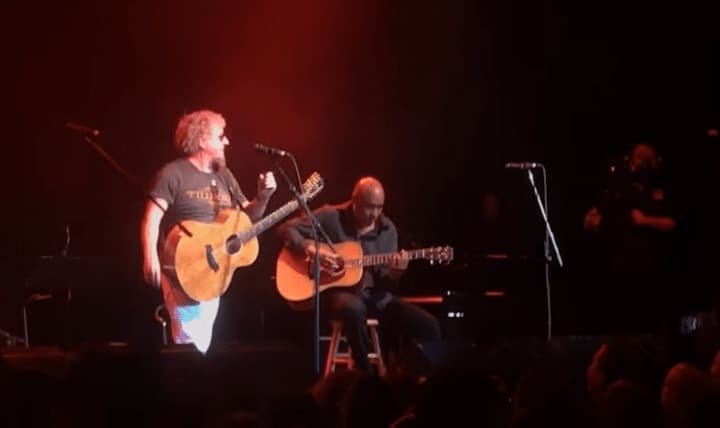 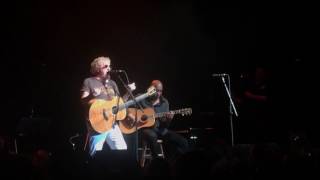 The fourth annual Acoustic 4 A Cure benefit took place at San Francisco’s Fillmore Auditorium on May 15, with event co-founder Sammy Hagar once again leading an all-star lineup through an evening of unplugged performances for a good cause.

As previously reported, Hagar’s fellow co-founder James Hetfield was forced to bow out of this year’s edition due to a long list of concert commitments with Metallica, but the 2017 Acoustic 4 A Cure lineup still managed to pack plenty of firepower. Hagar, leading off the evening with a four-song set that included new song “Father Time” as well as a cover of Depeche Mode‘s “Personal Jesus” and a rendition of Van Halen‘s “Right Now” (the latter of which you can check out above), paved the way for a roster that included appearances from Bob Weir, Don Felder, Mick Fleetwood, Pat Benatar and Foo Fighters Dave Grohl and Taylor Hawkins, among others.

While a number of the night’s performers took the opportunity to perform acoustic versions of their biggest hits — such as Felder and Benatar, who can be seen playing “Tequila Sunrise” and “Heartbreaker” below — others debuted new material. According to USA Today, Grohl and Hawkins prefaced their performance of a song titled “The Sky Is a Neighborhood” by telling the crowd, “We’ve never played this before to anybody.” The stars also mingled, with Hagar joining Weir for a duet on “Loose Lucy,” Fleetwood holding down the drums for multiple acts and Steve Vai joining Felder on “Hotel California.”

“In some ways, getting this show together is one of the most stressful things I do,” Hagar said of the benefit, which raises money for cancer research at UCSF Benioff Children’s Hospital. “But in many other ways, it’s always the highlight of my life.” 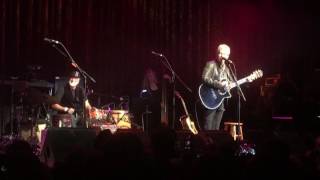 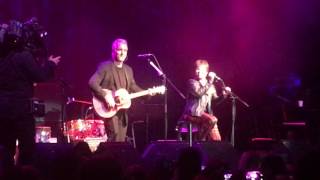 No Thoughts on Watch Sammy Hagar, Don Felder and Pat Benatar Perform at the Acoustic 4 A Cure Benefit0 (0)