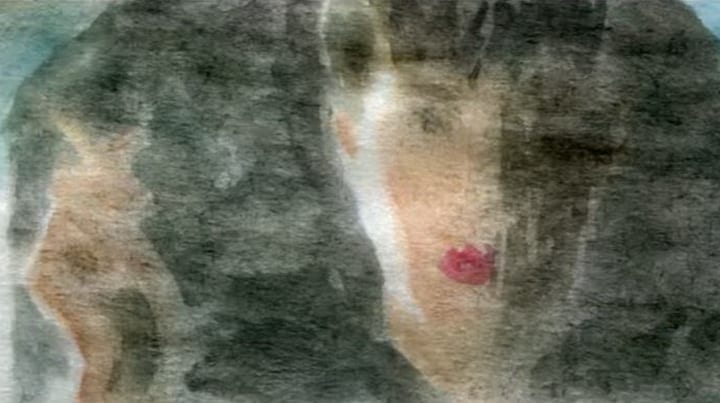 Three years ago Swedish artist Anders Ramsell created this 35 minute condensed version of Blade Runner, frame by frame, using watercolors. Blade Runner: The Aquarelle Edition contains 12,597 impressionistic works on waterlogged artist paper that together present, if not a faithful representation of Ridley Scott’s film, then a remembrance of the film.

It’s as if you booted up a replicant film fan and had them try to reconstruct Blade Runner from memory. (Ramsell himself calls it a “paraphrase” of the film.) It’s recognizable, but due to the lightness and fuzzy lines of watercolor, there’s also a magic to these images. (This is also due to the small size of each frame, 1.5 x 3 cm.)

The film is a jump forward from Ramsell’s other works. Before 2011, he was dabbling in various media: nudes in ink on canvas, abstract acrylic splotches, surreal drawings that explore horses and pregnancy. Diving into Blade Runner and the amazing amount of work to produce this film did the trick. Ramsell has taken on this technique as worthy of further exploration and made a newer film, Genderness, which explores transsexuality, and features a narration by none other than Rutger Hauer, who decided to work with Ramsell after seeing, Blade Runner: The Aquarelle Edition. Watch it above.