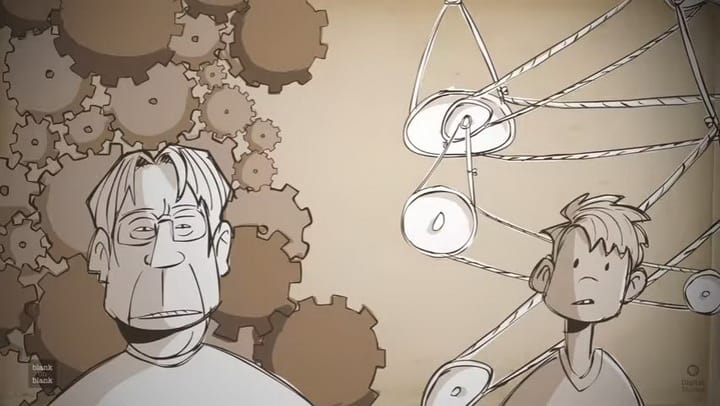 While nothing could make me personally want to return to childhood, children do, for better or for worse, perceive the world more vividly than adults. The best writing for kids makes rich narrative use of that fact, as do stories about but not for kids by writers who haven’t forgotten their pre-grown-up selves’ experience of reality. Stephen King, for instance, hardly writes children’s literature, but his novels about the fear that seeps into every corner of working-class America often include very young characters. Not only does King write plausibly from their psychological point of view, he uses that point of view as an engine of his entire project. 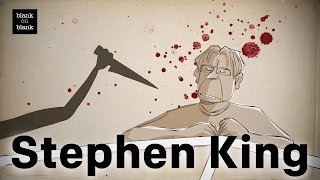 King, in a 1989 interview on WAMC’s Public Radio Book Show, elaborated on “the two things that interest me about childhood,” the first being that “it’s a secret world that exists by its own rules and lives in its own culture, and the second that “we forget what it is to be a child and we forget that life, which is kind of exotic and strange.” Though readers often ask him what agonies his childhood must have visited upon him that spurred him to write such vividly horrific fiction, King doesn’t remember anything wrong with his formative years. But he does remember “that we think in a different way as children. We tend to think around corners instead of in straight lines.”

We see these differences animated in the Blank on Blank video at the top of the post, which envisions the adult King in the world of imagination that kids instinctively inhabit and out of which they eventually grow, but to which he regularly returns to write his stories. “Sometimes for a kid, the shortest distance between two points is not a straight line and that’s the way that we think and dream,” he says. “As children we tend to live in this kind of dream state [ … ] and because I equate that sort of dream state with a heightened sort of mental state, I make this easy cross-connection between childhood and strange powers, paranormal powers or whatever, and it has been successful as a fictional device.”

As the source of such bestsellers as Carrie, The Stand, Christine, It, the Dark Tower series, and countless other works, it’s been successful to say the least. If connecting one thing to another in new ways — be those things people, places, events, ideas, feelings, or whatever else — constitutes the central act of creation, then it makes sense that the naturally associative nature of a child’s imagination, harnessed to an adult’s experience and discipline, can produce such abundant and widely resonant results. No coincidence, surely, that youngsters unable to pay attention to the linear progression of the classroom get labeled “dreamers,” a tendency that King has used to his advantage — though he seems to have got most of his textual mileage out of the nightmares.

Apocalypse from now on: Haunting paintings that depict a world during the end of days @Dangerous Minds
0 (0)

No Thoughts on Stephen King Explains the Key to His Creativity: Not Losing the Dream-State Thinking All Children Are Born With @Open Culture
0 (0)