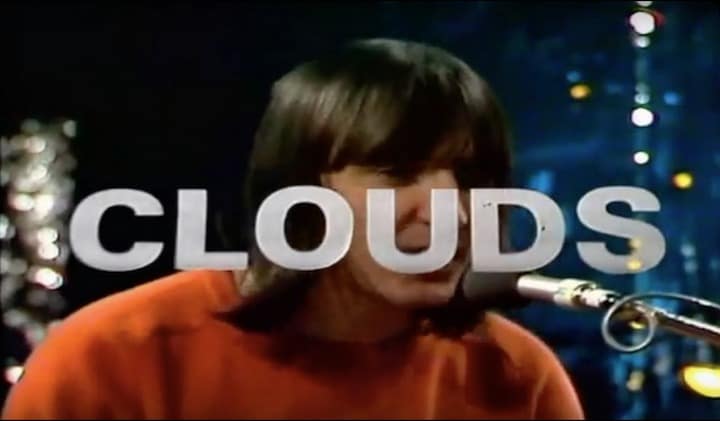 For some the question is Prog Rock—who’s to blame? But that’s more than a tad unfair. For at its heart Progressive Rock was about great musicianship—virtuoso players who played their instruments more like classical musicians than buskers. It may have been indulgent with endless noodling guitar solos, bass solos and eighteen-minute-long drum solos—but this should not detract from the high quality of musicianship which at the very least deserves tribute.

Most musical genres are born out the cross pollination of different musical styles. Usually there are one or two pioneers who can be credited with starting the whole thing off. In the case of Prog Rock that honor goes to one (not so very well known) Scot by the name of Billy Ritchie and his band 1-2-3.

Ritchie was born and raised in the small village of Forth—nestling midway between Edinburgh and Glasgow. Born the year of the D-Day landings, Ritchie started off his musical career playing harmonica as a boy. Coming from a working class family meant that owning a musical instrument was not one of life’s necessities. His talent as keyboard player may never have flourished had it not been for a neighbor throwing out an old piano. The piano was reclaimed and given a new home. Though in disrepair, Ritchie quickly taught himself to become a wizard on the ivories.

The facility with which he learned to play the piano made Ritchie think he was just an okay player. He didn’t fully appreciate his staggering musical talent as a pianist until he joined a band. While his fellow bandmates found it difficult to pick up on one of the more tricksy rock ‘n’ roll tracks—Ritchie could master the song—any song—after just one hearing.

He also had a great ability to improvise variations on any song—reinventing it as something altogether new. His talent for arrangement was to play a key part in the development of the Prog Rock gestalt. Another key was his choice of Hohner Clavinet as his preferred instrument. In the years of guitar bands no one played the organ and no one took the instrument seriously, but Billy Ritchie’s chosen keyboard (he later changed it to the Hammond organ) was another key influence in shaping the Prog Rock sound. Ritchie played with various bands eventually joining The Satellites in the early 1960s. He then joined up with another group—The Premiers who become the Prog Rock pioneers 1-2-3 around 1966—and were later renamed Clouds in 1968.

In 2011, Prog Archives interviewed the band about their earliest beginnings:

When, where and by whom was Clouds started ? Did any of you, past and present Clouds members, play in any other bands before joining up in Clouds? Why did you choose that name?

In 1964, Ian (Ellis) and Harry (Hughes) were playing together in a group called ‘The Premiers.’ The line-up of the band was two guitars, bass, drums (Harry), and vocalist (Ian). The band decided to recruit an organist, and Billy (Ritchie) joined (1965). Billy had been playing in a band called ‘The Satellites.’ The organ was so obviously the leading instrument, it changed the dynamic of the band, the lead guitarist left, the band fragmented, leaving just Ian, Billy, and Harry, and we decided to start a new band together.

We wanted to do something different, and as there were only three of us, we decided to call the band 1-2-3, it seemed a hip name, and something different, like the band itself. It was only much later (the winter of 1967) that we became Clouds. The name was chosen by our new manager, Terry Ellis. He felt we needed a fresh start and a new name. We never liked the name, we preferred 1-2-3.

Usually keyboard players are situated to the side and back when a band perform live, but Ritchie rejected this formation. He wanted to play up front, center stage under the spotlight. He was also one of the first—if not the very first—to play keys standing up. Sure Jerry Lee Lewis played standing up but he alternated between standing and sitting and occasionally even jumping on the piano. Ritchie didn’t.

Back to the interview:

Not many people know this, but Clouds was one of the first bands who combined rock and classic music. If not the first band, that is. Other bands like The Nice, Genesis, Procol Harum, Yes and ELP followed suit. How did you get this idea and how did this idea really take off in Clouds?

1-2-3 was the earliest band to play that form of music. It was only later that this style became part of what would be called progressive rock. We were certainly the only band around the Marquee and London scene playing that form of music, though experimentation was beginning to take place in other ways. Cream, and Pink Floyd, are the other names that spring to mind, though all three of us were trying new music from different directions. It just so happens that our music seemed to find a branch of its own in progressive channels. The basic idea was rewritten versions of pop music songs, and it all sprang from Billy, who had a very radical approach to the arrangements. He took the view that anything was possible, and there were no barriers. The blueprint he used was the exact model that Yes used a year or so later.

Ritchie was taking songs by other artists—sometimes songs that had as yet not been recorded—and turned them into something different—something exciting. He took Paul Simon’s “America” before it was recorded in 1968 and rearranged it onto a jazz—rock—proto-Prog song. He did the same with David Bowie’s “I Dig Everything.”

Clouds perform ‘America’ at the Marquee.

The band had a residency at the Marquee early 1967 that brought them considerable acclaim among fellow musicians but little from the music press—there’s a moral in that.

Among the musicians who were fans and greatly influenced by 1-2-3 was Keith Emerson who followed Ritchie’s keyboard virtuosity with The Nice rearranging another song called “America”—this time the Bernstein and Sondheim’s musical number from West Side Story—as a hit single in 1968. It is fair to say The Nice might never have happened had Emerson not seen 1-2-3 play at the Marquee.

Similarly, guitarist Robert Fripp was a fan (he was working in the bar next door to the Marquee) and 1-2-3 inspired the formation of King Crimson with Greg Lake. Keith Emerson and Greg Lake would of course later form the Prog Rock “supergroup” Emerson, Lake and Palmer.

Jon Anderson was a fan. 1-2-3 was influential in his forming Yes. Then there was Ian Anderson and Jethro Tull. And Rick Wakeman. Even Jimi Hendrix was a fan. And in among the audience most nights was a young David Bowie—who became a close friend to Billy Ritchie during the late sixties. Bowie said—many years later in a radio interview—that Ritchie’s arrangement of “I Dig Everything” was the best version of his song.

1-2-3’s residency at the Marquee drew interest from Beatles’ manager Brian Epstein who signed the band to his management company NEMS. (The picture at the top is 1-2-3 in a publicity shot taken for NEMS.) But Epstein died unexpectedly in 1967 and 1-2-3 were left in limbo. The band had a name change to Clouds. They signed to Island Records and released three albums The Clouds Scrapbook (1968), Up Above Our Heads (1970) and Watercolour Days (1971). But this pioneering trio of Prog Rock never saw the same success their influence had promised. Clouds split up in 1971.

Without Billy Ritchie, Ian Ellis (bass) and Harry Hughes (drums) Prog Rock might never have happened. While other bands are hailed as pioneers of this rock genre—it’s really Billy Ritchie and 1-2-3 who rightly deserve the credit.

Below, two clips of Clouds performing on Beat-Club in 1970.

Geometric Watercolors by Artist Jacob Van Loon – @This Is Colossal0 (0)