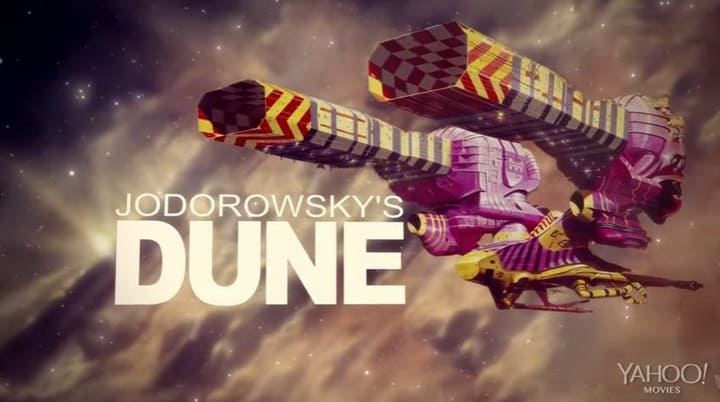 Frank Herbert, David Lynch, and Alejandro Jodorowsky surely all rank among the most imaginative creators of the second half of the twentieth century. It made sense to film producers to turn Herbert’s Dune into a movie, but they had a devil of a time finding the right director to bring that epic novel of the feudal interstellar future to the screen. Lynch, as all his fans know and most regret, wound up with the job, and soon after the botched result hit theaters in 1984, it made history as one of the all-time classic mismatches between filmmaker and project, and at $40 million, one of the most expensive. Lesson learned: don’t hire the director of Eraserhead to helm your big-budget sci-fi blockbuster. 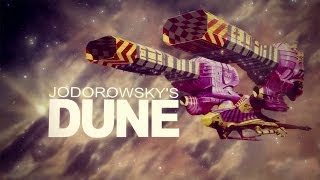 But what about the director of the even stranger and more ambitious The Holy Mountain? In 1975, almost a decade before Lynch’s Dune, Jodorowsky announced his own adaptation of Dune, funded by a French consortium and made in collaboration with artists like Chris Foss, H.R. Giger, and Moebius, writer and special effects designer Dan O’Bannon (who’d just made the low-budget space comedy Dark Star with John Carpenter), and actors like Orson Welles, Gloria Swanson, and David Carradine. He also cast such icons not known primarily for acting as Mick Jagger and Salvador Dalí. “Jodorowsky’s midnight audiences were notorious for being high,” writes The Hollywood Reporter‘s Chris O’Falt, “but with Dune the director set out to make a film that fabricated the effects of LSD for a sober audience, complete with a soundtrack by Pink Floyd.”

Or as Dalí once declared, “I don’t do drugs. I am drugs.” This cinematic experience of expanded consciousness would have run approximately fourteen hours, as Herbert discovered when he checked in on the pre-production to find $2 million of the film’s $9.5 million budget already spent and a script “the size of a phone book.” Unable to find a studio to bankroll the Dune he and his collaborators had envisioned, Jodorowsky ultimately dropped the project, but its materials — and the staggering breadth as well as depth of its vision — provided the basis for the 2014 documentary Jodorowsky’s Dune, whose trailer you can watch above.

“Almost all the battles were won, but the war was lost,” Jodorowsky writes in an essay on his experience with the project. “The project was sabotaged in Hollywood. It was French and not American. Its message was not ‘enough Hollywood.’ There were intrigues, plundering. The story-board circulated among all the large studios. Later, the visual aspect of Star Wars resembled our style. To make Alien, they invited Moebius, Foss, Giger, O’Bannon, etc.,” to say nothing of its traces visible in Blade Runner and The Matrix. While the 87-year-old Jodorowsky has made a return to filmmaking in recent years, his Dune will most likely remain on the lists of the greatest movies never made. But its influence, if not its scale, will no doubt continue to manifest in generations of sci-fi cinema to come.