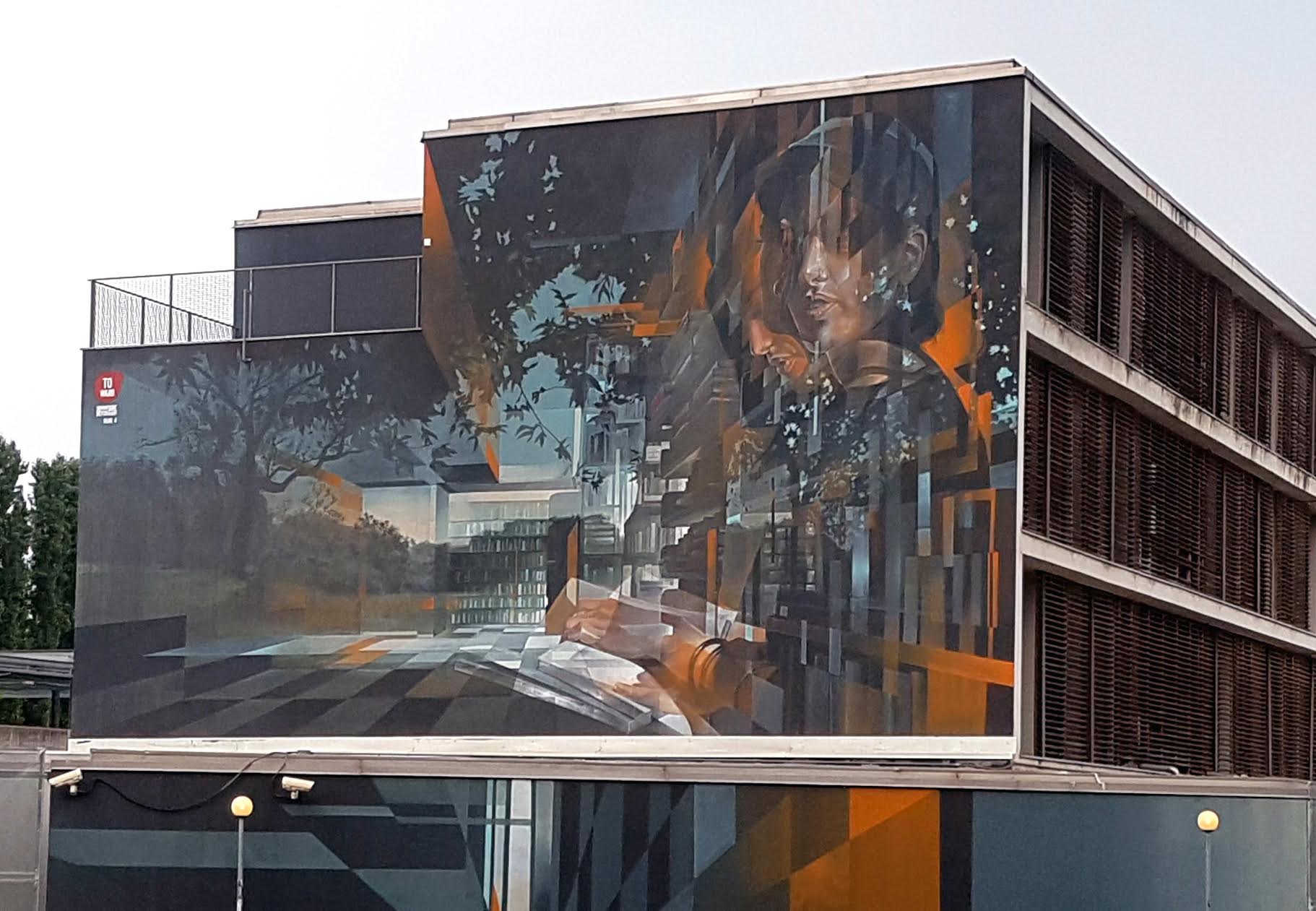 The work is part of a project promoted by the Municipality of Turin called #TOWARD2030 which includes the creation of various murals in the coming years all around the city.

The wall, 10X12 metres, is located on the back entrance of Luigi Einaudi University Campus, a recently built structure located between the Dora river and the former Italgas buildings, now University spaces.

And it is no coincidence, due to the location, that the main theme was Education meant as a deep instrument of knowledge helpful for going beyond, in that horizon of events.

Vesod continues his project called #EventHorizon, an artistic journey characterized by a very emotional way of painting, in which his lines and his figures create a visual effect where movement and space become one and they merge together.

The artist’s pictorial trait is iconic and we find a series of references that he often uses like background landscapes and female figures in movement. Unlike his latest works, here the landscape is not a far and indefinite place.

The library in the background, compared to his usual distant perspective lines, now gives a sense of closeness, a sense of welcome and invitation that comes also from the trees that appear in the foreground. The plants remind us the curtains of a theater who slowly open to allow the viewer to enter.

Also, the concept of knowledge is not simply conceived through the presence of a book, but it is represented as a metaphor of what is the greatest goal to accomplish: the achievement of a balance with nature. That’s why the library blends with the plants and trees, which recall exactly those who are found actually outside the building.

Studying is always a way to go further, but in this case it is a matter of going into a deeper and more intimate level of both the knowledge itself and that of oneself. 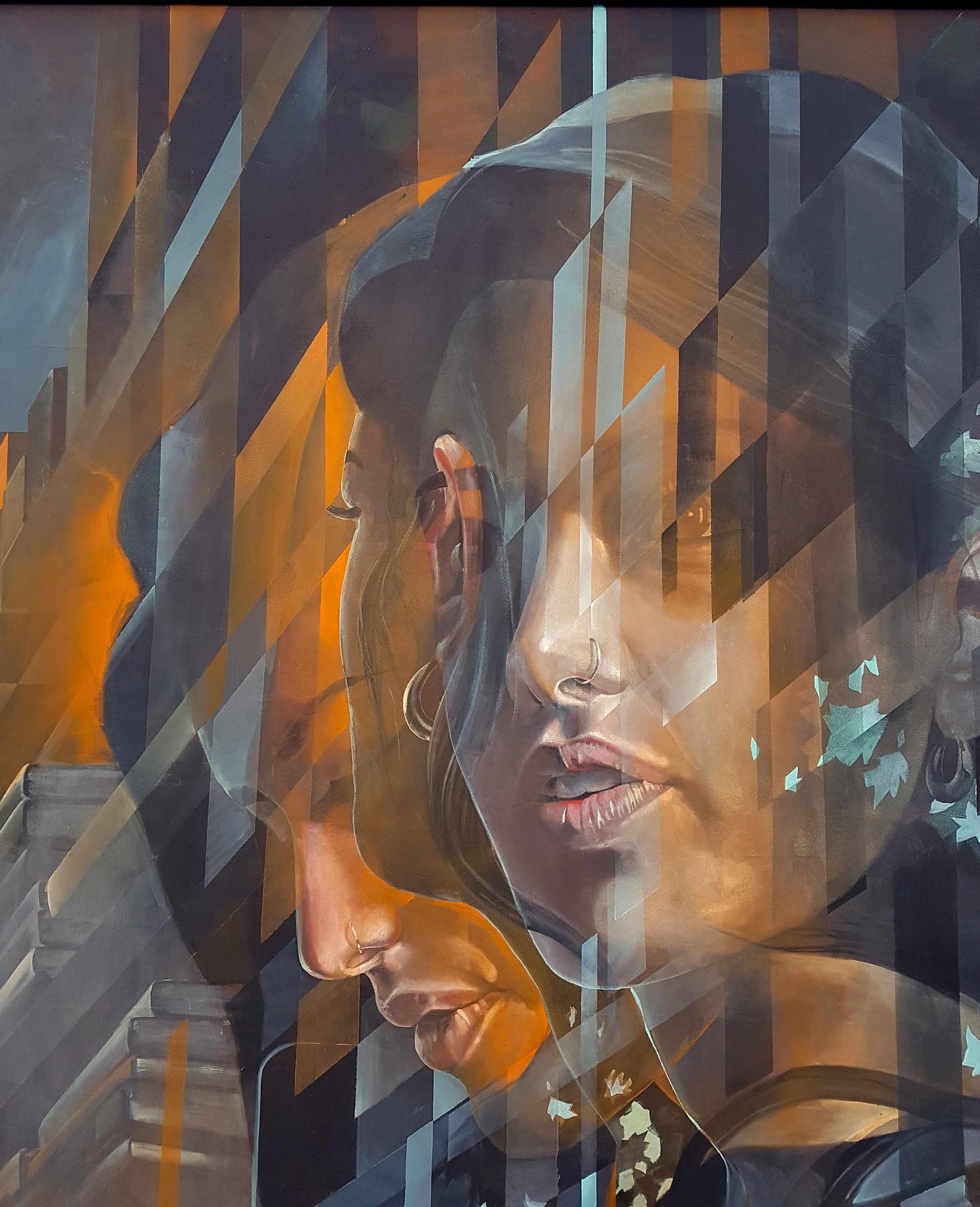 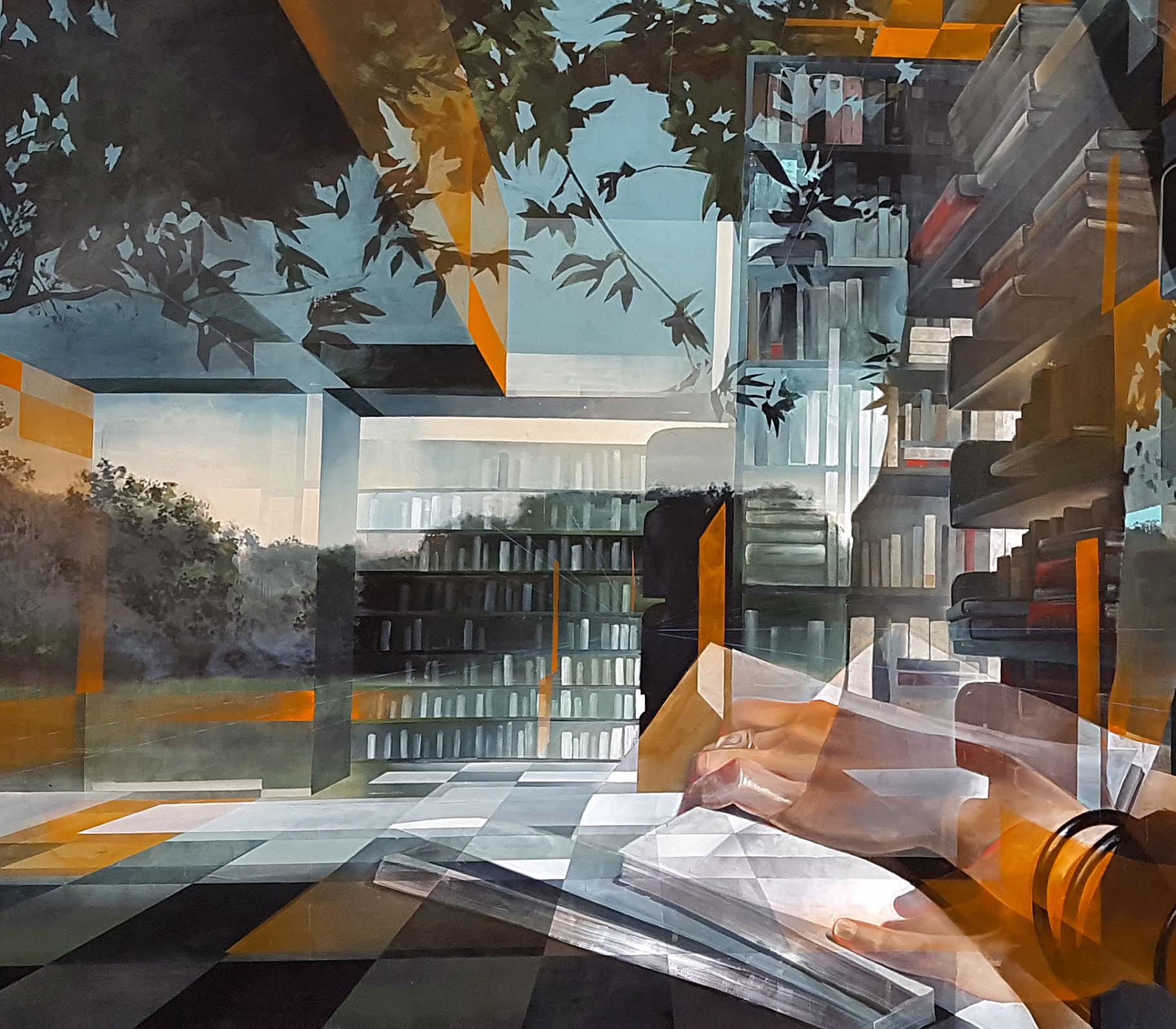 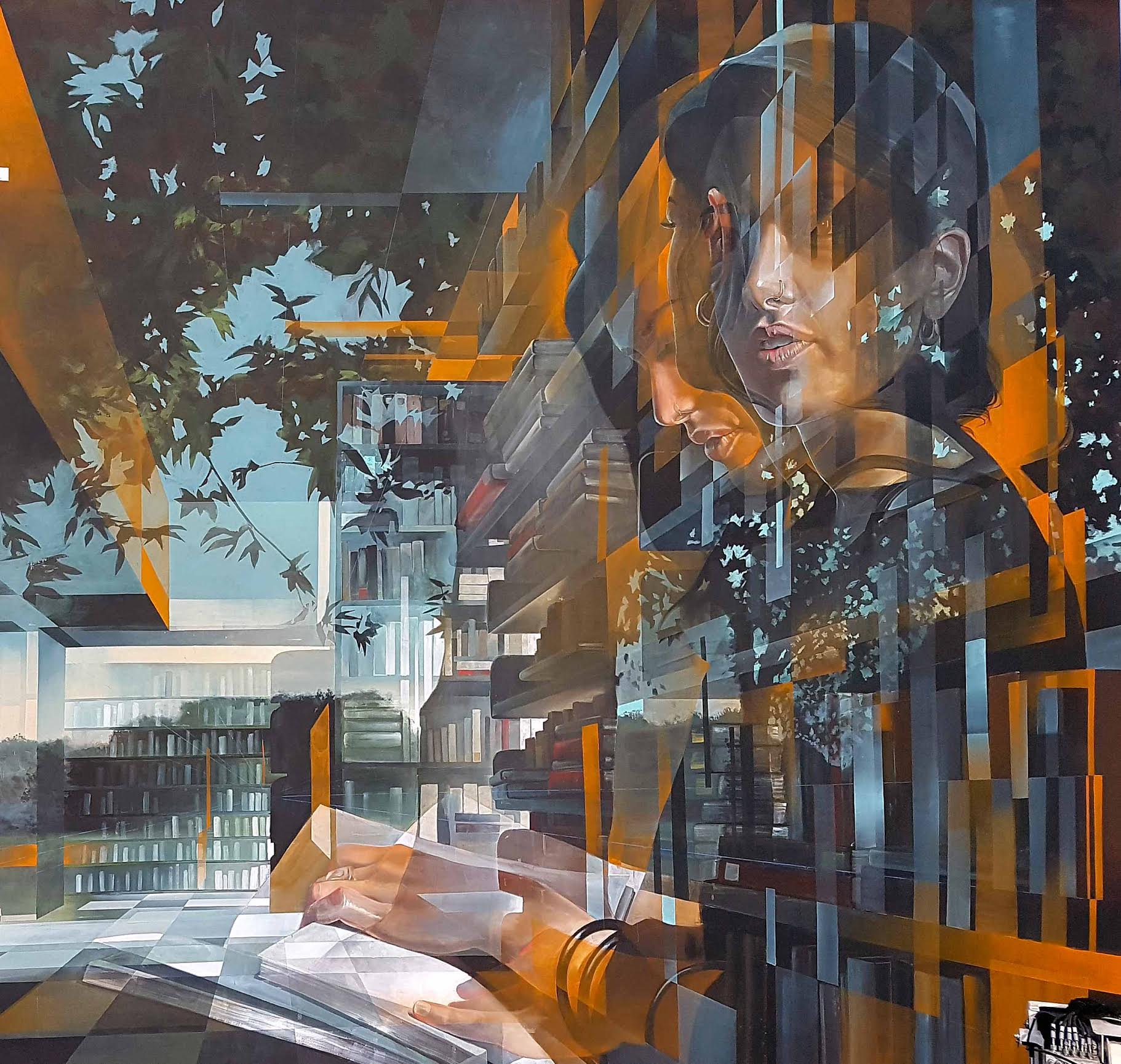 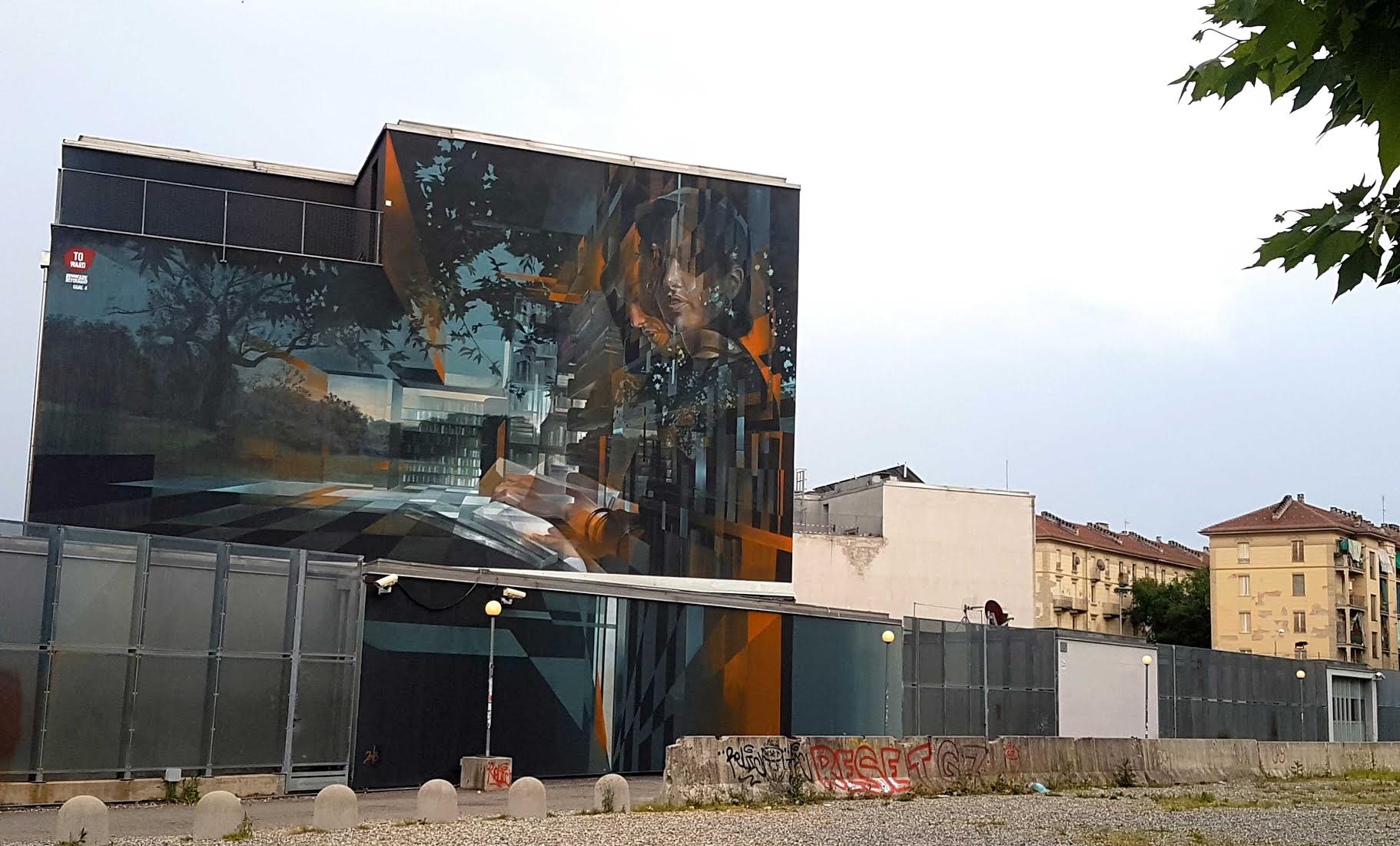 No Thoughts on APC – New mural by VESOD in Turin, Italy0 (0)