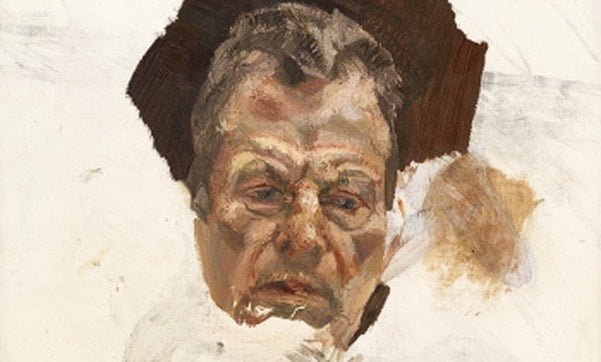 The Guardian reports today that “an intense” and never-before-seen self-portrait by Lucian Freud is set to be shown at London’s National Portrait Gallery, the artist’s estate having bequeathed it to the nation in place of inheritance tax. The portrait, which scholars believe dates to the mid-1980s due to its similarity to his 1985 painting Reflection (Self-Portrait), amounts to £559,773 ($805,054) of tax. This transaction is being arranged by Arts Council England, which has offered an “acceptance in lieu” scheme since 1910.

Freud’s estate has previously left a collection of sketchbooks, drawings, and letters to the National Portrait Gallery to pay off £2.9 million ($4,171,674) of tax. The article quotes Sarah Howgate, senior curator of the contemporary collections and curator of the gallery’s 2012 “Lucian Freud Portraits” show, who describes the work as “one of the most intriguing of Freud’s unfinished oil studies.”On June 11 the portrait will go on view as part of a small Freud show at the National Portrait Gallery.

The post: Britain Receives Lucian Freud Self-Portrait In Lieu Of Inheritance Tax, was published at: ARTnews