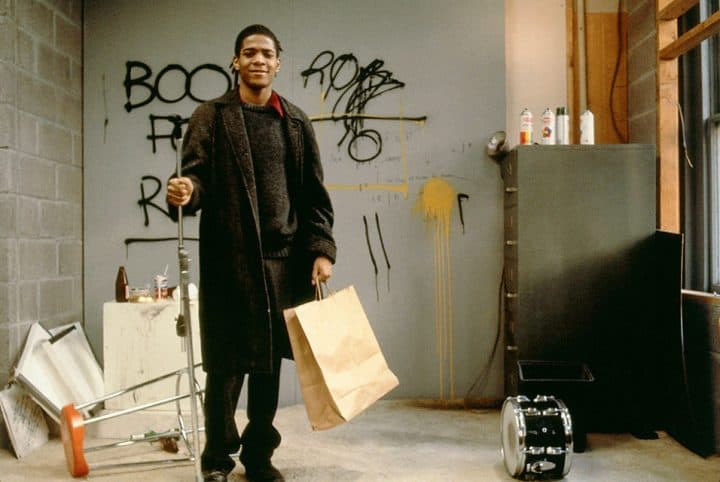 ATLANTA, GA.- The High Museum of Art presents its first exhibition focused solely on the life and work of the influential artist Jean-Michel Basquiat (1960–1988) with “Basquiat: The Unknown Notebooks,” on view from Feb. 28 through May 29, 2016.

The exhibition features rarely seen notebooks created by Basquiat, who died tragically young at the age of 27. Filled with the artist’s handwritten texts and sketches, the 160 unbound notebook pages are presented along with 30 related paintings, drawings and mixed-media works drawn from private collections and the artist’s estate. Also on view is the 1984 Basquiat painting “Untitled (Cadmium)” from the High’s permanent collection.

Born in Brooklyn, N.Y., in 1960, Basquiat had a prolific career, producing some 600 paintings, 1,500 drawings and a small group of sculptures and mixed-media work before his untimely death. His life and meteoric rise to fame have become legendary, both within the art world and in popular culture—mythologized in films and referenced by hip-hop and rap artists. The child of a Haitian father and Puerto Rican mother, Basquiat was fluent in French, Spanish and English. A self-taught artist, Basquiat first came to public attention in the late 1970s for the aphorisms he spray-painted around lower Manhattan under the pseudonym SAMO©. In 1978, Basquiat left Brooklyn and moved to Manhattan, living on the streets and with friends and selling handmade postcards. Basquiat exhibited his art publicly for the first time in 1980 at the Times Square Show, and his career as a studio artist and international celebrity followed a rapid trajectory from that point onward.

“This exhibition offers a very intimate look at the life of an incredibly influential, and somewhat romanticized, figure in contemporary art,” said Michael Rooks, Wieland Family curator of modern and contemporary art at the High. “It’s evident from his writings that Basquiat knew he would find the fame that so fascinated and troubled him, and he recognized that his work spoke to the youth culture of a rapidly changing world. The notebooks give us an opportunity to trace his private thoughts and reflections from their pages to the walls of the gallery. From them, we may develop new perspectives on his artistic practice and a deeper understanding of his life.”

Basquiat’s notebooks, created between 1980 and 1987, demonstrate how he began to develop the artistic strategies that would inform his large-scale works, which combine text and images in a raw expressionist style to explore culture and society through historical and popular themes. His unique visual language aimed to undermine social hierarchies and rules, taking inspiration from comics, children’s drawings, advertising and Pop art, from Aztec, African, Caribbean, Greek and Roman culture, and from everyday life.

Language was an early medium for Basquiat, and words are an integral part of the notebooks and the large-scale figurative paintings for which he is best known. Handwritten texts run throughout his diverse production, blurring the lines between writing and drawing and between drawing and painting. While the total number of notebooks created by Basquiat remains unknown, the notebooks presented in this exhibition reflect the originality of Basquiat’s thinking and the diversity of his subjects. The eight notebooks in the exhibition and several other works have been borrowed from the collection of Larry Warsh, a New York–based publisher and early collector of Basquiat’s works, who previously served as a member of the Basquiat authentication committee.

Basquiat followed a specific format for his notebook texts, which he wrote primarily in black ink in capital letters similar to those of his street graffiti. Writing only on the right-hand pages, he used color sparingly in the notebooks, with a few exceptions.

Early sketches of subjects that recur in later works, such as tepees, skeletal faces and crowns, appear in the earliest notebooks from 1980 to ’81. The notebook writings range from extended narrative poems and wordplay to observations of New York’s street life, along with lists of celebrities and incidental notes from the artist’s personal life. As in his paintings, fragments of found texts appear throughout the notebooks, incorporating street signage, news stories and references from literature and the Old Testament. Other pages reflect Basquiat’s overriding interest in highlighting racial discrimination and acknowledging the important contributions of African Americans and other people of color as well as his interests in music, world history and popular culture.

As a complement to the exhibition, the High is presenting four paintings by Basquiat on loan from private collections in its modern and contemporary art galleries on the Skyway Level of the Wieland Pavilion.

The post: Rare Basquiat notebooks featured in spring 2016 exhibition at High Museum of Art, was published at: artdaily.org

#blacksabbath – Black Sabbath on Sixties Origins: ‘We Were Rejected Again and Again’ – @RollingStone
0 (0)