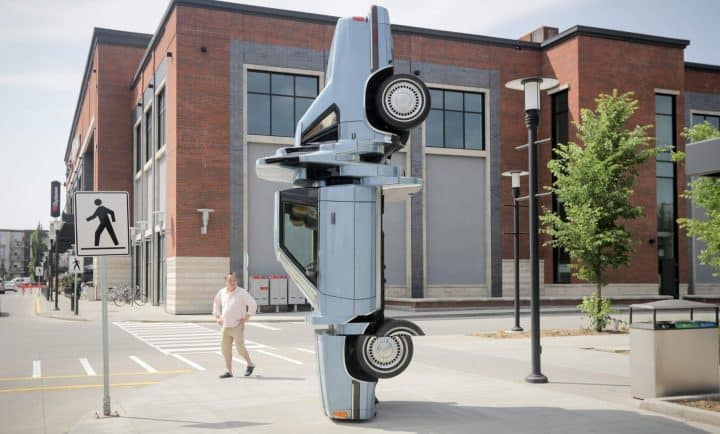 Calgary-based artists Caitlind r.c. Brown and Wayne Garrett (previously) create large, public installations that invite people to engage in a shared experience. Their latest work cruised into Edmonton’s Brewery District late last month—a blue 1988 Plymouth Caravelle balanced perfectly on its front bumper and headlights. At first glance the car appears to have stuck a perfect vertical landing after a tragically wrong maneuver, but upon closer inspection one notices glitched segments that protrude from the vehicle’s body and front wheel.

These vehicular manipulations were formed from fiberglass to make the car look as if it had been hastily copied, thus the installation’s name, Carbon Copy. The title is also a comment on mass production and consumer culture, reminding passersby of the rate at which cars are marketed and produced, especially in the car-obsessed cultural of North America. The parking lot is a fitting environment for the 30-year-old vehicle, and makes its position all the more jarring when viewed.

Carbon Copy was commissioned by First Capital Realty and Sun Life Assurance Company of Canada’s Arts Program Initiative, facilitated by Zebra Public Art Management, and fabricated by F&D Scene Changes. At night, the car’s signal and tail lights illuminate, and a scanner bar strobes the surrounding parking lot every 20 seconds. You can take an in-depth look at the inspiration and instillation behind the public work on the vehicle’s blog. (via Edmonton Journal) 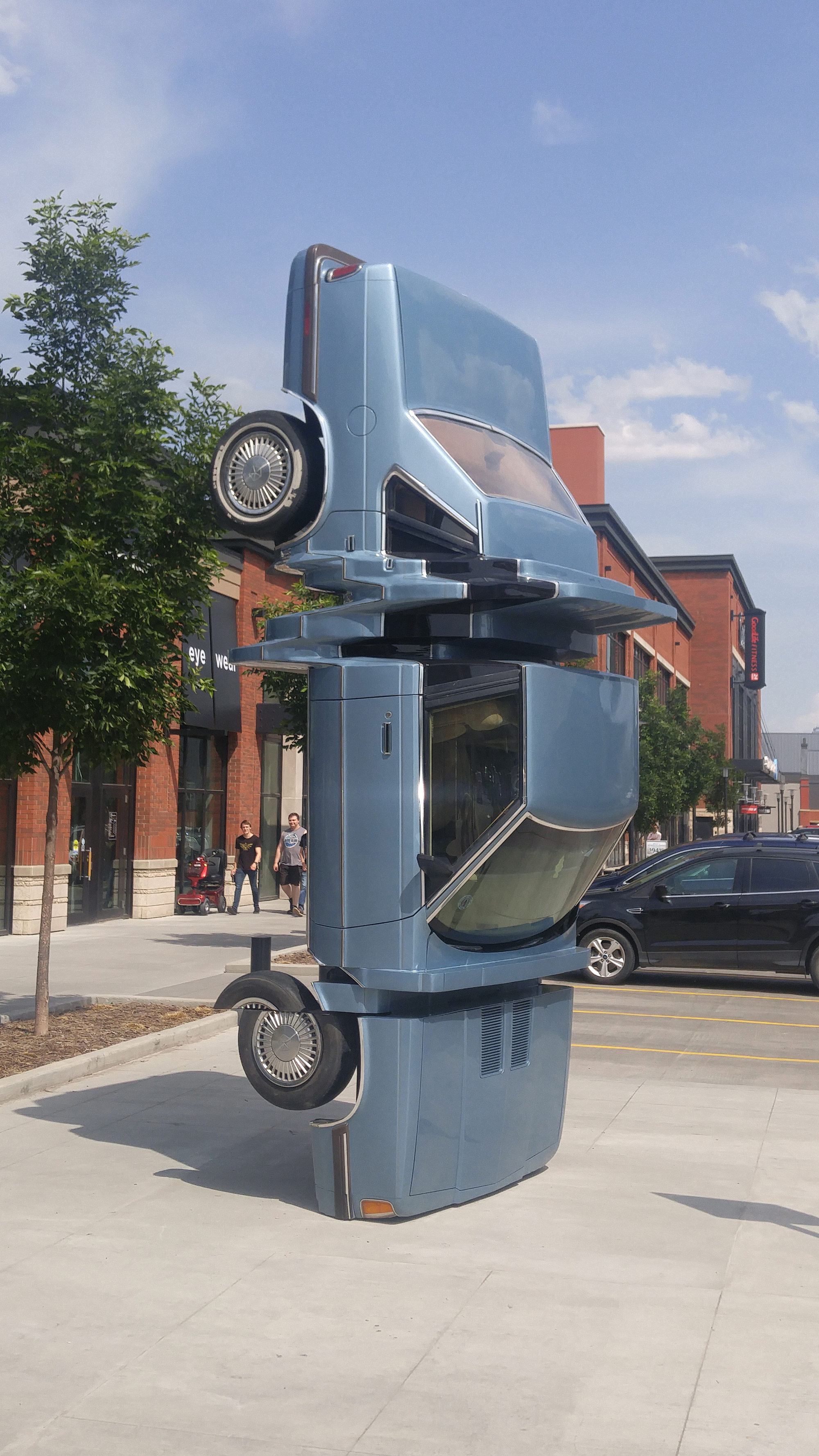 No Thoughts on Carbon Copy: A Glitched Vintage Plymouth Stands on End in a Canadian Parking Lot
0 (0)