Madrid based street artist Spidertag recently traveled to Hawaii to participate in POW! WOW! HAWAII 2019. After the 25 hour flight, he spent 6 days working on a brand new mural with neon cables entitled “Neon Interactive Mural #3” on the streets of Kaka’ako. After dark, this nocturnal art piece unveils a breathtaking figure. 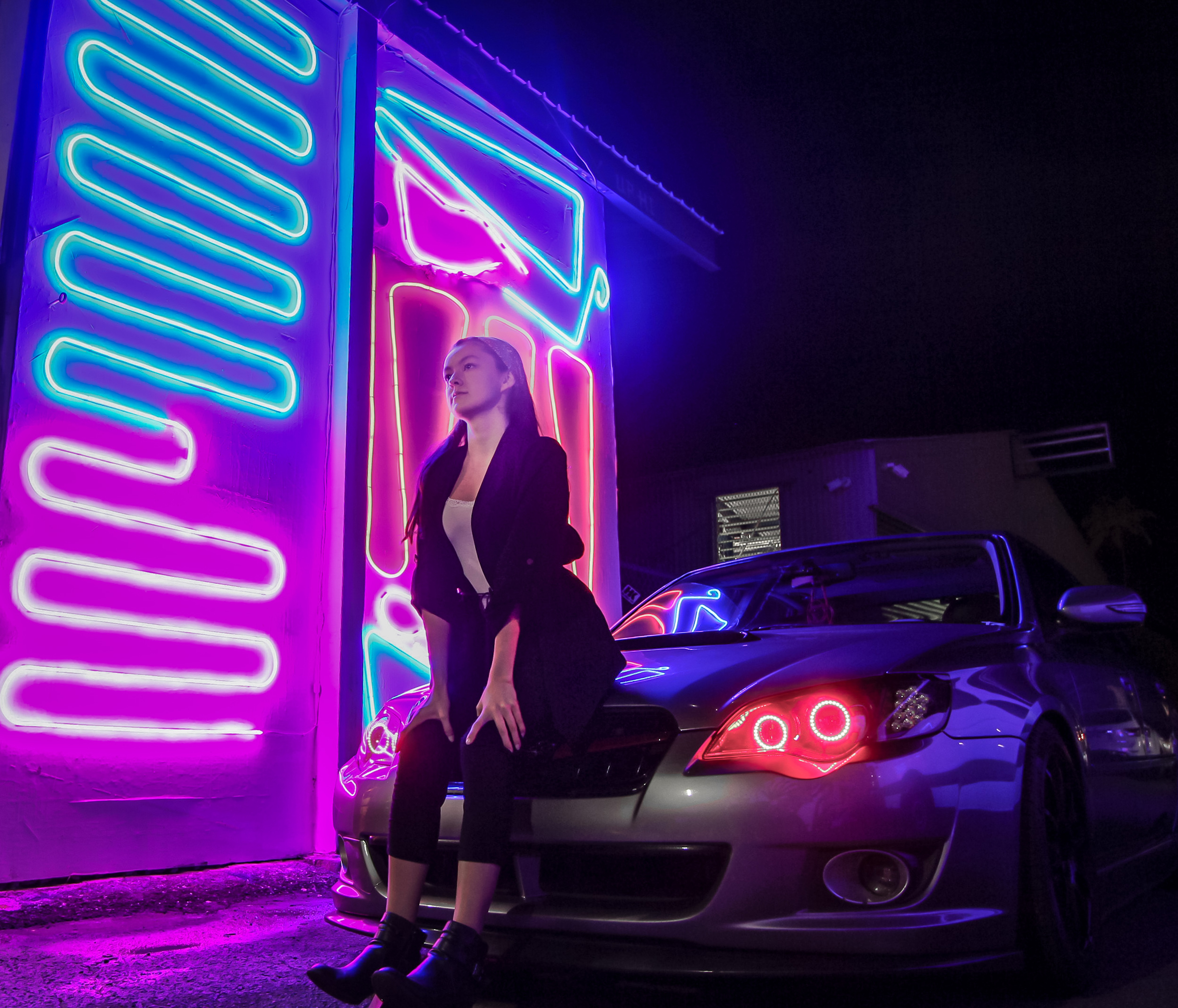 “For POW! WOW! HAWAII I did what I call a ‘New Neon Interactive Mural’. That’s the field in which I’m working right now. My research is to make murals in a different way. Something new in the world of street art. It’s also interactive, cause people have the chance to make some changes in the mural…play with it. For this mural I also wanted to create something dual, that represents order and chaos. I work with geometry, abstraction, minimalism and right now I’m also exploring symbolism. Depending on the wall, on the project, on the context, I make the design. The chaos in this case, was inspired by the intense Jet Lag caused by the 25 hour flight and 11 hour time difference. “ 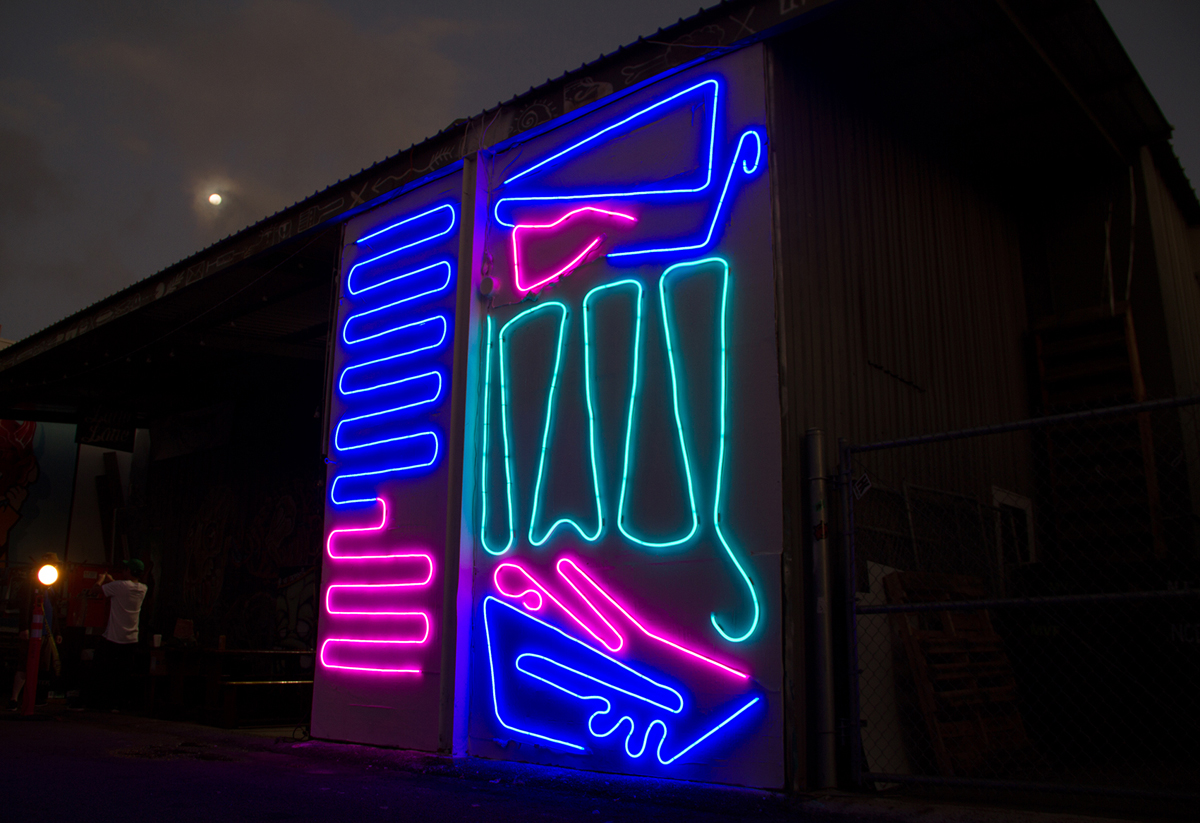 Spidertag started dropping street pieces reinterpreting geometry, abstraction and minimalism in 2008 and discovered flexible neon cables as his fateful medium in 2015. Presently, his distinctive neon light creations are being showcased on streets around the world including Spain, Portugal, Sweden, Greece, the United States, and Brazil. If you are in the area, you can find “Neon Interactive Mural #3” at Lana Lane Studio (327 Lana Lane Honolulu, HI 96813). 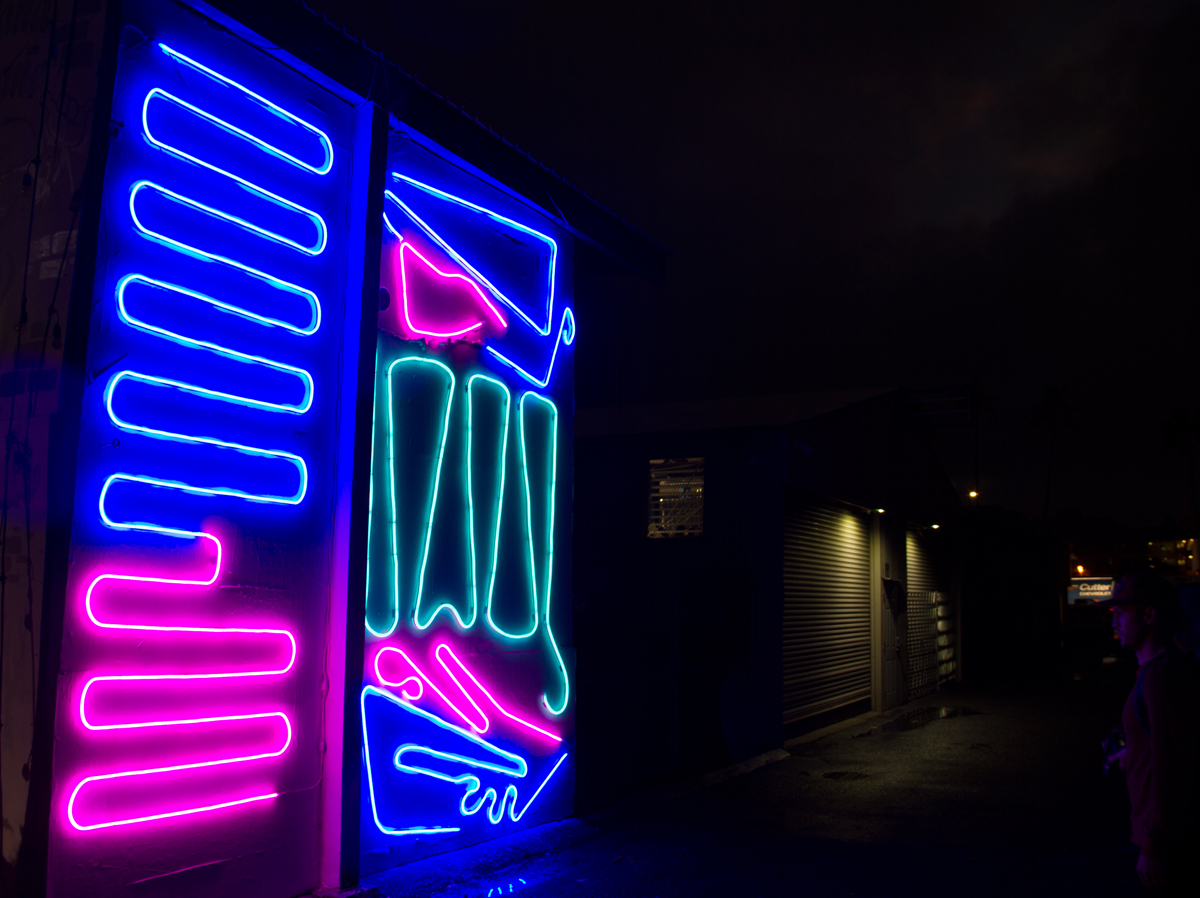 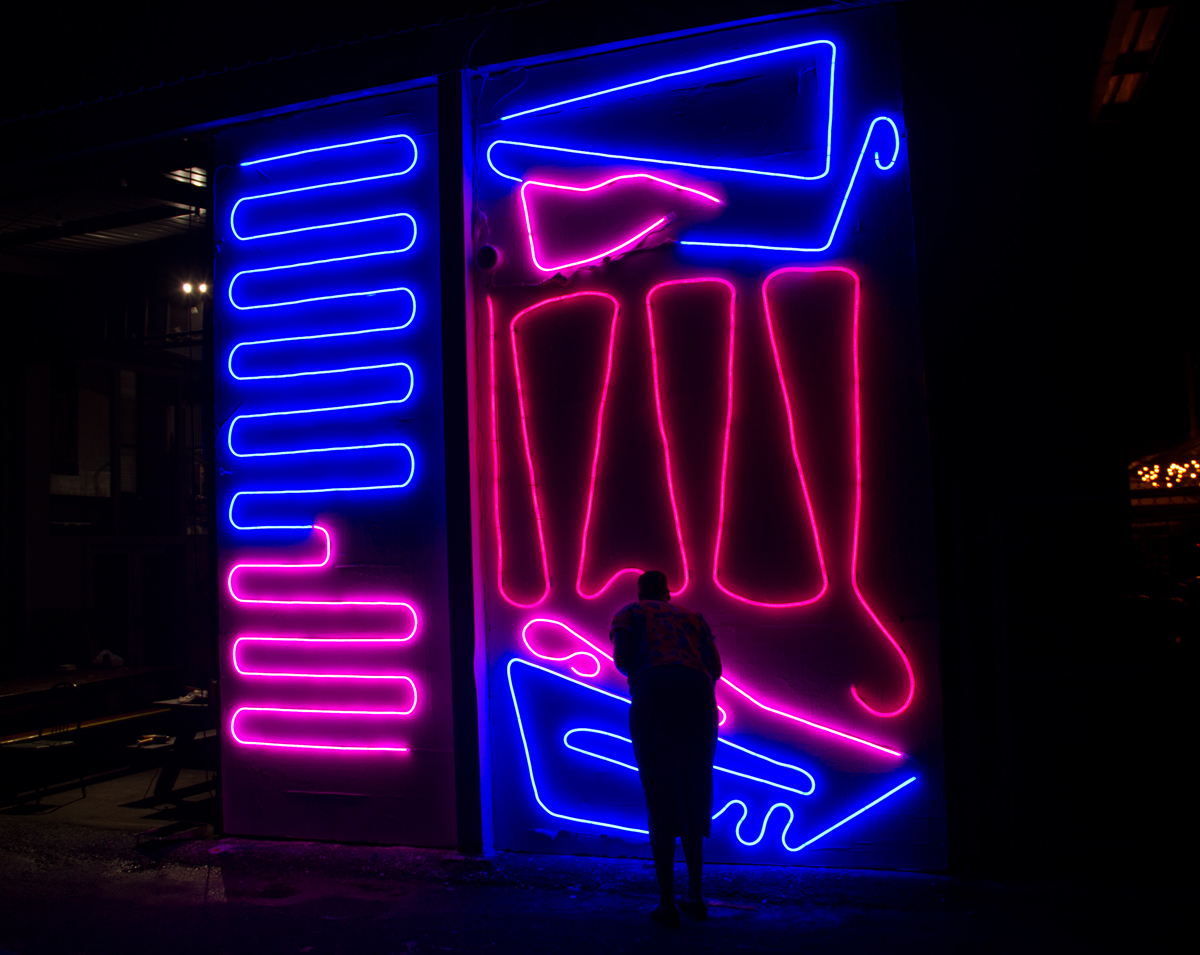 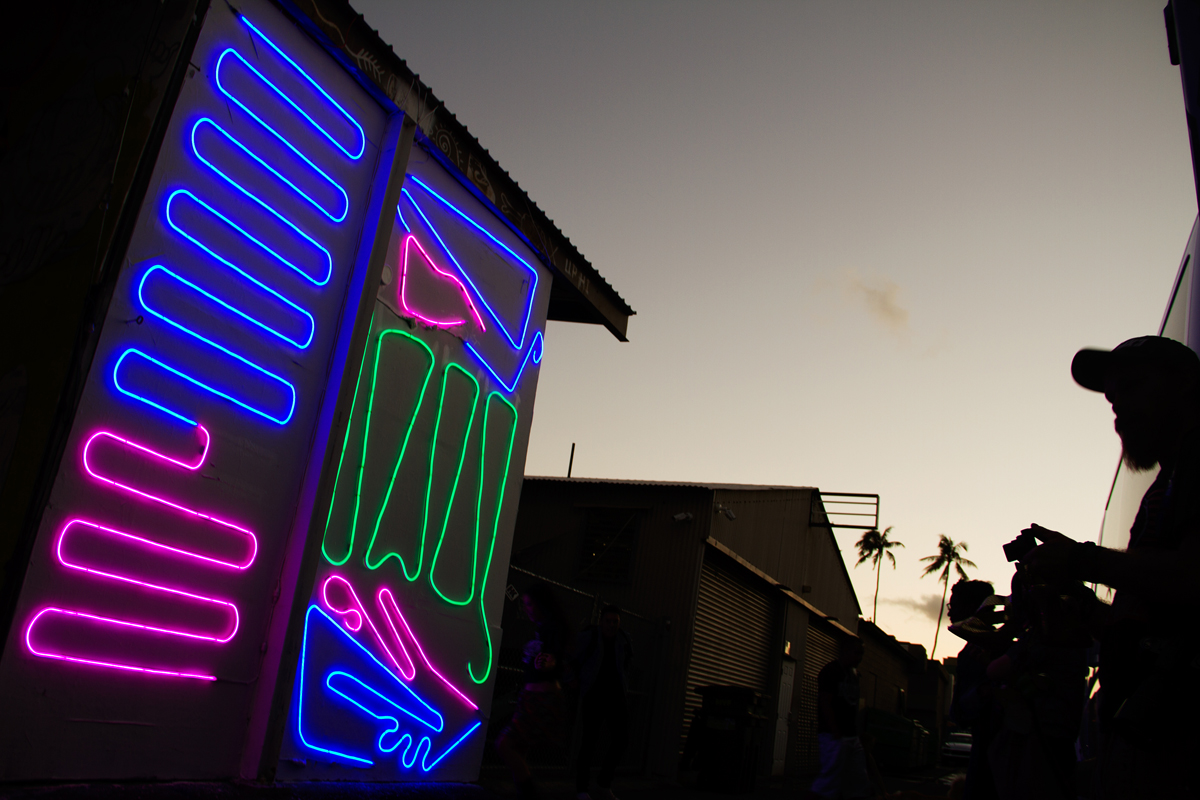