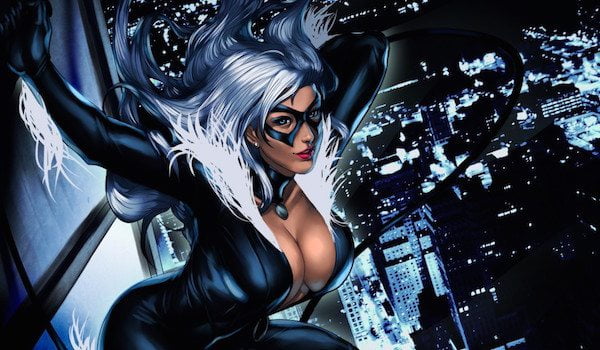 The Marvel Cinematic Universe started out like an exclusive party. If you wanted in at the beginning, you either had to be somebody or know somebody who was somebody. Before we reach the end of the Infinity War however, it will have been around for over a decade and lots of people that you didn’t think would ever get an invite are now at the party. This is a good thing. The more wildly diverse the MCU gets, the better.

Now that we have a solid number of MCU films behind us, we have an idea what sorts of things are driving the storytelling. With that knowledge, we can make some educated guesses about what characters may be coming into the MCU soon, and where we might meet them.

The cosmic side of Marvel comics is huge, but we haven’t seen nearly as much of it within the Marvel Cinematic Universe. While it’s been teased in the Thor films, only the Guardians of the Galaxy have really dealt with it directly. If the Infinity War is going to take on the galactic significance that it needs to, we need to see more of this. This is why Nova should be introduced. He’s part of the Nova Corps, who we met in the first Guardians movie, but he’s also human, so he has the ability to act as a bridge between these two, currently separate, sides of the MCU.

The first set of Spider-Man films gave us Mary Jane Watson. The second set separated itself by giving us Gwen Stacy instead. How will the MCU version separate itself further? We propose the first cinematic appearance of the Black Cat. She could be one of the film’s antagonists, or a love interest, or optimally, both. This is a character who should be included in the MCU and it makes sense to do it now. They’ll be plenty of time to introduce Gwen or MJ or whoever else in the future.

With the news that Natalie Portman may not be returning for Thor: Ragnarok, the franchise is in need of a strong female lead, and with no indication that they’ll be moving Lady Sif into the forefront, then we should give Thor somebody else on his level to work with. Rumors are indicating that Valkyrie may make an appearance in the new film and we’re hoping it’s more than simply a cameo. There’s potential to make a very strong character out of her. It’s also very likely that we may see many characters begin to die within the MCU, so bringing in the character who ferries the souls of warriors makes some sense for the future.

The biggest X-factor in the current MCU is the upcoming Black Panther film. As we expect it mostly or entirely to take place in Wakanda, it may have few if any direct ties to any of the current characters or stories. As such, it will likely need to introduce several new characters. Hunter is the adopted son of T’Chaka, the father of Black Panther whose parents died in a plane crash in Wakanda. He loves his adopted home, but also tends to resent T’Challa, meaning the White Wolf could be an ally, or an enemy, or both over the course of the greater story. The events of Captain America: Civil War would likely have as great an impact on Hunter as they do his adopted brother and would likely put a major hurdle between them.

Kamala Khan is a teenager who adores Captain Marvel. In the comics, after a run-in with terragin mist, she gains the same powers that Captain Marvel has, and begins going by Carol Danvers’ old Ms. Marvel name. She’s become a popular character in the comics, and so it wouldn’t surprise us to see her join the MCU as well. Due to her connections to both Captain Marvel as well as the Inhumans, we foresee her being introduced in the former film, likely as a minor role or even a brief cameo, as a normal human only, with plans to bring her back for a larger part and to give her her powers in the Inhumans movie (if and when that ever arrives).

It won’t be happening for three more years, yet we already know the basics of the conflict that are being setup for Avengers: Infinity War. However, we have no idea how it will wrap up. The only thing we feel confident about is that it will look very different than it did in the comics. Still, one character who played a vital role in the comic arc, that we think we may very well see again is Adam Warlock. While it’s possible he might appear earlier in the MCU, we think it’s probably more likely we won’t actually see him until the beginning of Infinity War: Part 2 at the earliest. Some heroes may go off in search of something that can defeat Thanos at the end of Part One, eventually finding Warlock, or being found by him, so that he can give them the missing piece they need to defeat the Infinity Gauntlet. From there, he’ll continue forward as a major part of the cosmic side of the MCU.

The post: 6 Marvel Characters That Need To Join The MCU, was published at: CinemaBlend