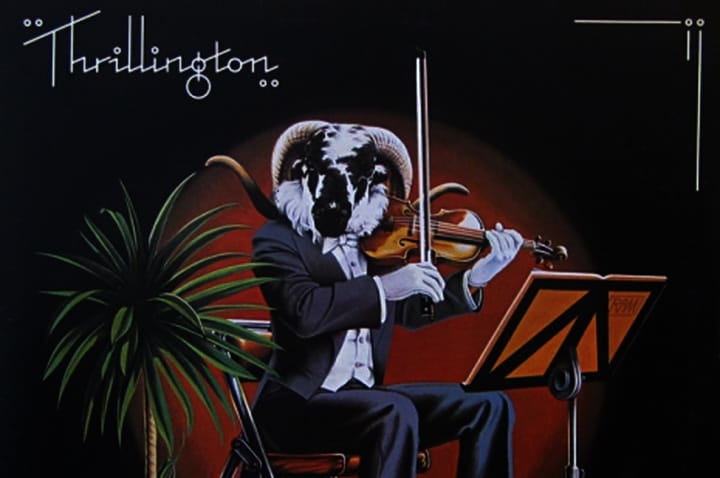 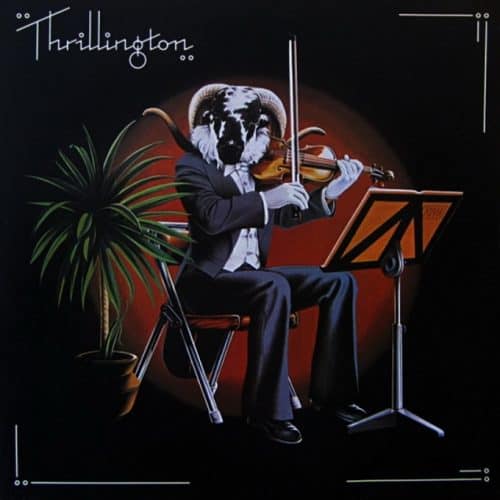 When it comes to someone of the staggering musical achievements of Paul McCartney, there’s a whole lot to document, and a great deal of it has indeed been exhaustively documented. If you want to know what city Paul and the other members of the Beatles were in on any given date in 1966, you just have to look it up.

And yet, some stories fall through the cracks, escape wider attention. Take for example the full instrumental cover album McCartney released in 1977 under the name Thrillington, the one that was a track-by-track cover of his 1971 album Ram. It wasn’t until 1989 that he admitted in public that he was responsible for the Thrillington album. Remarkably, the album was recorded in 1971 during the Ram sessions but got shelved when Paul and Linda McCartney turned their attentions to the formation of Wings. Six years later the album was released to modest (very modest) fanfare—but officially, McCartney had nothing to do with it. The only hint that he might have been involved was the painted image of his face in the control room on the album’s back cover art.

The conceit of the Thrillington album was that it was the product of a “fictitious socialite” named Percy “Thrills” Thrillington. Skiffle lover McCartney couldn’t resist reimagining Ram as an album from the 1930s, so he redid the album as something you might find in an Agatha Christie book, complete with Art Deco typeface and a cover image of a swank dude in a tuxedo (and a ram’s head) playing the violin.

As stated, all of the songs lack a lead vocal track, but some of them employed a chorus along the lines of a barbershop quartet or a Swingle Singers-type outfit—the group McCartney used called the Mike Sammes Singers. McCartney was quite familiar with their work, as they had contributed background vocals for “I Am the Walrus” and “Good Night,” the last song on the White Album.

There’s not a thing wrong with this album from a musical standpoint. For instance, “Monkberry Moon Delight” isn’t the only track to feature some truly ass-kicking horn work, and “Dear Boy” sounds uncannily like a Pet Sounds outtake. McCartney was arguably the most gifted producer of pop music of his generation, and this album certainly reflects that. 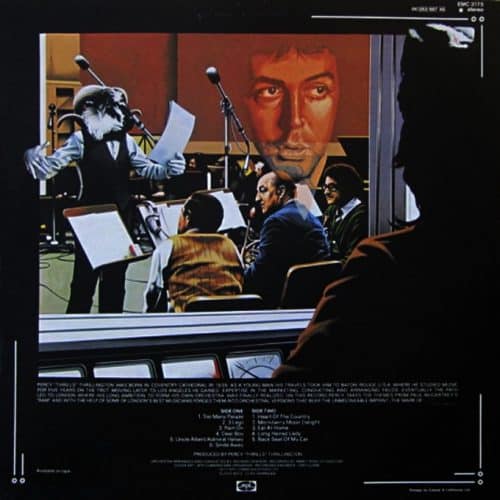 Back Cover Album of Ram

Wikipedia states that many people had a strong suspicion that this was a weird McCartney lark. There’s a report on the album in a June 1977 issue of Rolling Stone that seems to wink its understanding of the real creator of the music. For instance, the article states that the PR bio “claims” Thrillington to have been born in 1939 and to have studied in Baton Rouge, Louisiana, for several years. “Percy Thrillington” is such an obviously invented name that it’s not quite clear whether the author knows that Thrillington is McCartney or just that something hinky is up. The item ends with what might be taken as a knowing reference to McCartney’s image on the back cover.

Obviously a lot of people had their suspicions and then some, but the real story of the Thrillington album is that it mostly … just got forgotten. In late 1989 journalist Peter Palmiere asked McCartney about it at a press conference in Los Angeles. Paul cried, “What a great question to end the conference! The world needs to know! But seriously, it was me and Linda—and we kept it a secret for a long time but now the world knows! You blew it!”

The Thrillington album was (by design) not a great seller, and for that reason it is something of a rare find. Since it’s not really clear what it is by holding the album in your hands, you might get super lucky during crate digging sessions and stumble upon a copy for a couple of bucks. But among those who know what it is, you’ll have to pay a pretty penny for it. On Discogs the prices for the UK vinyl version from the year of release runs as high as $310, and there’s a US version that is going for an incredible 439 bucks! Don’t despair, however—it’s possible to find copies in the $75 range as well.

You can find the entirety of both albums on YouTube, but we’ll just give you a side-by-side comparison of two tracks. 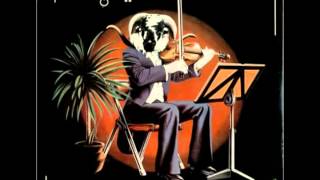 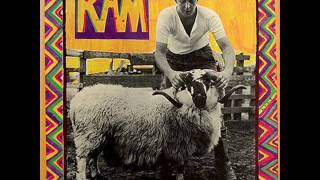 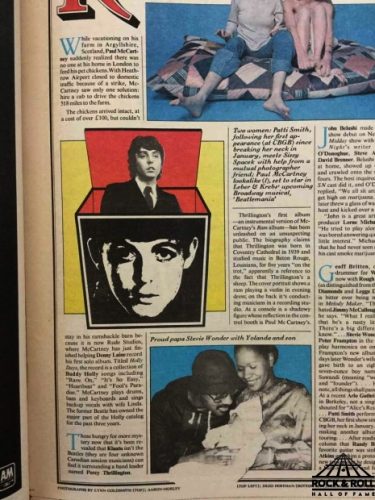 Thanks to Joe Yachanin for the tip!

Rolling Stone image courtesy of the Library and Archives of the Rock and Roll Hall of Fame and Museum in Cleveland, Ohio.