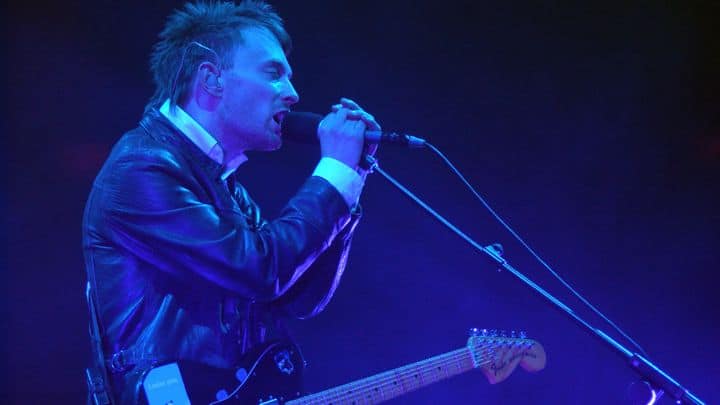 When Radiohead fans picked up Kid A at their local record stores on October 2nd, 2000 many of them didn’t know what to make of the strange album. The experimental music was a far cry from 1990s guitar-driven tunes like “Paranoid Android” and “The Bends” (not to mention their breakthrough hit “Creep”), and on first play many were disappointed. This was music that took a few listens to sink in and reveal itself. As the decade wore on, Radiohead would continue to challenge their fans, and many of those same fans disappointed by Kid A at first listen are screaming along to every word of “Idioteque” and “The National Anthem” at the group’s concerts these days. They’ve become the old classics. In honor of A Moon Shaped Pool, we asked Radiohead fans to vote for their favorite post-1990s tunes by the band. Here are the results 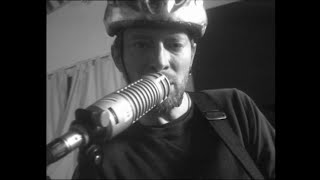 In May of 2006, Radiohead launched a European tour of small halls as a means to road test material for their in-progress LP, In Rainbows. One of the first new ones heard by the public was “Open Pick,” which had lyrics about a wild night out on the town. “The lyrics are quite caustic – the idea of ‘before you’re comatose’ or whatever, drinking yourself and getting fucked-up to forget,” Yorke told the NME in 2007. “When you’re part of a group of people who are all trying to forget en masse, it is partly this elation. But there’s a much darker side.” By the time it made the finished album, the group had slowed it down a bit and renamed it “Jigsaw Falling Into Place.” They haven’t played it since the final leg of the In Rainbows tour in 2009. 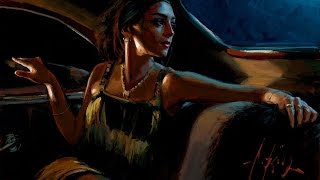 About six weeks into Radiohead’s 2006 tour of American theaters, the group introduced a brand new song at Chicago’s Auditorium Theater. “This is something we sketched out earlier,” Thom Yorke told the crowd. That sketch was pretty detailed since the song didn’t change much at all before it appeared on  the record well over a year later, though that version was cobbled together from various takes. “We deliberately did this thing to get a series of disembodiment when we were assembling tracks,” Yorke said. “For instance ‘All I Need’ was the outcome of four different versions of it. It was all the best bits together.” The song was a regular on the In Rainbows tour, though it became an extreme rarity on the 2012 King of Limbs outting, popping up a mere four times. 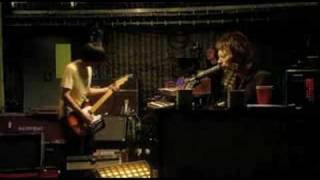 Another song first heard on Radiohead’s 2006 theater tour, this In Rainbows gem is about a couple entering into a new relationship with the knowledge that it’s a fragile situation for both of them. “Forget about your house of cards,” Yorke sings. “And I’ll do mine.” It ends on a rather bleak note: “Your ears should be burning/Denial, denial.” It sounds like at least one house of cards is about to fall down. The song popped up a handful of times on the King of Limbs tour in 2012. 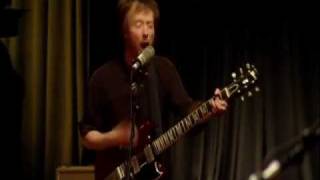 The 1956 science fiction movie Invasion of the Bodysnatchers is about a small California town where aliens have descended and grown identical versions of people from the town, in essence snatching their bodies. On this killer In Rainbows track, Thom Yorks seems to suspect something similar is happening to someone around him. “I have no idea what you are talking about,” he sings. “Your mouth moves only with someone’s hand up your ass.” The song became a hit on modern rock radio and has been in regular rotation in their live shows ever since.

On October 14th, 2000 Kate Hudson hosted Saturday Night Live. Jimmy Fallon goofed around about Meet the Parents during Weekend Update, Will Ferrell mocked Governor George W. Bush in a skit about the presidential debates and Darrell Hammond played Bill Clinton for one of the last times during the man’s actual presidency. Also, Radiohead delivered maybe the greatest performance in the 40-year history of the show. Kid A had only been in stores for 12 days and, even though it was a surprise Billboard smash, most of America still wasn’t prepared for “Idioteque.” Yorke moved around the stage like a man possessed, belting out lyrics like “Ice age coming/Throw it on the fire.” Yorke hasn’t talked about the song much, but it seems to at least partially be about climate change. It’s been a key part of their live set for the past 16 years, but it’s never sounded quite as perfect as it did that night onSNL. 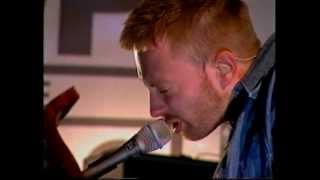 Radiohead took a well-deserved break in 1999 after the nonstop madness of the OK Computer tour, popping up only at the Tibetan Freedom Concert in Amsterdam on June 13th. The brief set opened with a brand new piano-based tune called “Egyptian Song,” although when they began playing it again the following year, the group had fleshed it out a bit and changed the title to “Pyramid Song.” Fans expected to hear it on Kid A, but it didn’t actually make an album until Amnesiac in 2001. It’s remains a staple of their live shows. 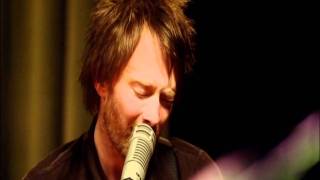 In Rainbows is clearly a remarkably popular album with our readers. Six of the 10 tracks on this list come from that album, compared with a mere two for Kid A and just one for Amnesiac and Hail to the Thief. This one – which first surfaced during a 2005 performance by Thom Yorke, Johnny Greenwood and the Nazareth Orchestra – is about chasing someone to the end of the earth, and then falling into a strange pool of water. “I get eaten by the worms,” Yorke sings. “Weird fishes/Get picked over by the worms.” 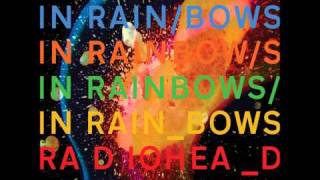 Of the many In Rainbows songs our readers love, “Reckoner” seems to be their favorite. An extremely early version of the song debuted in Washington state on the 2001 Amnesiac tour, but the song was radically reworked over the next six years so that by the time it appeared on In Rainbows it was almost unrecognizable. It was the final single released from In Rainbows and has been in heavy rotation in their setlist ever since.

2 – “How to Disappear Completely”

There’s a lot of sad songs in the Radiohead catalog, but none of them can quite compare with “How to Disappear Completely” from Kid A. Nobody in the group has ever talked much about the inspiration, but it clearly came from a very dark place –possibly in Ireland judging by the reference to the River Liffey – which flows through Dublin. It’s one of those songs that you can hear 10,000 times, and it still brings everything in your life to a dead stop when it comes on. The group still plays it regularly in concert. 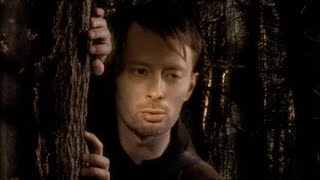 For their 2003 LP Hail to the Thief, Radiohead decided it was time to break out the guitars again and create a slightly more traditional rock album. The first taste anyone got of it was “There There,” which came out as a single a few weeks before the album. Subtitled “The Money King of Nowhere,” the track was nominated for a Best Rock Performance Grammy, but lost out to Warren Zevon and Bruce Springsteen’s “Disorder in the Street.” “Seven Nation Army” also lost in the same category, so they were in good company. “There There” did got a lot of radio play all over the globe, and it opened many shows on the Hail To The Thief tour.