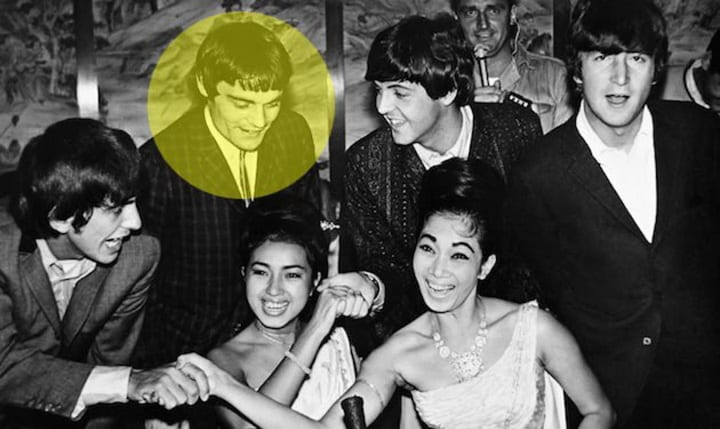 The mysterious story of one-time Beatles drummer Jimmie Nicol will be told on film, after Roy Orbison‘s son secured the movie rights to The Beatle Who Vanished.

Jim Berkenstadt’s book detailed Nicol’s dizzying rise to fame as a replacement for Ringo Starr over 13 days during a 1964 tour, then tried to sort out what happened after he disappeared from public view. “The arc of Jimmie Nicol as a person and the overall ride of his intersection with that historic high point of what seemed to be the beginnings of Beatlemania,” Alex Orbison told Billboard.

Nicol temporarily took over when Starr was hospitalized for tonsillitis and pharyngitis on the eve of another round of Beatles shows. After passing an audition with manager Brian Epstein, he ended up playing 10 concerts at five venues, beginning on June 4, 1964 in Copenhagen, Denmark. Nicol also made an appearance on a TV show in Holland, and at various press conferences.

After a final date at Adelaide, Australia, Starr returned. Nicol was given a check for roughly $600, presented with a watch and then driven away to catch a flight home. He later played drums with Peter and Gordon, as well as a number of other local bands, before retiring to a private life away from the spotlight.

Orbison said he was intrigued by “the fact that Jimmie Nicol was invited behind the curtain and was a legit Beatle able to do interviews and get all the perks and just be in, and then to be dropped off back off at the airport. The second half of the story turns into a mystery. It seemed to have such a mass appeal.”

Roy Orbison shared a bill with the Beatles in 1963, and was later a member of the Traveling Wilburys with Starr’s Beatles bandmate George Harrison. “The fact that my dad toured with the Beatles and had become friends with them was always dear to me,” Alex Orbison said.

Watch the Beatles Perform ‘Roll Over Beethoven’ With Jimmy Nicol