Balance by Artez in Jesenice, Slovenia

Artez is successfully continuing his European mural tour, with the latest stop being in Jesenice, an industrial town in between mountains in Slovenia. The artist has spent 6 days painting the mural named “Balance” on a 200 square metre wall for “Festeelval” art festival.

Temporality of human life is caught in the shape of a candle. Living between urban environment and nature require finding a balance between two opposites that influence each other. In the background you will notice the panorama of Jesenice, industrial city that lies between two mountains. Colour of the city is gently caught in the fabric, maybe as a symbol that we carry our identity where ever we go.

Check out more pictures below and stay tuned on StreetArtNews for more updates from Artez! 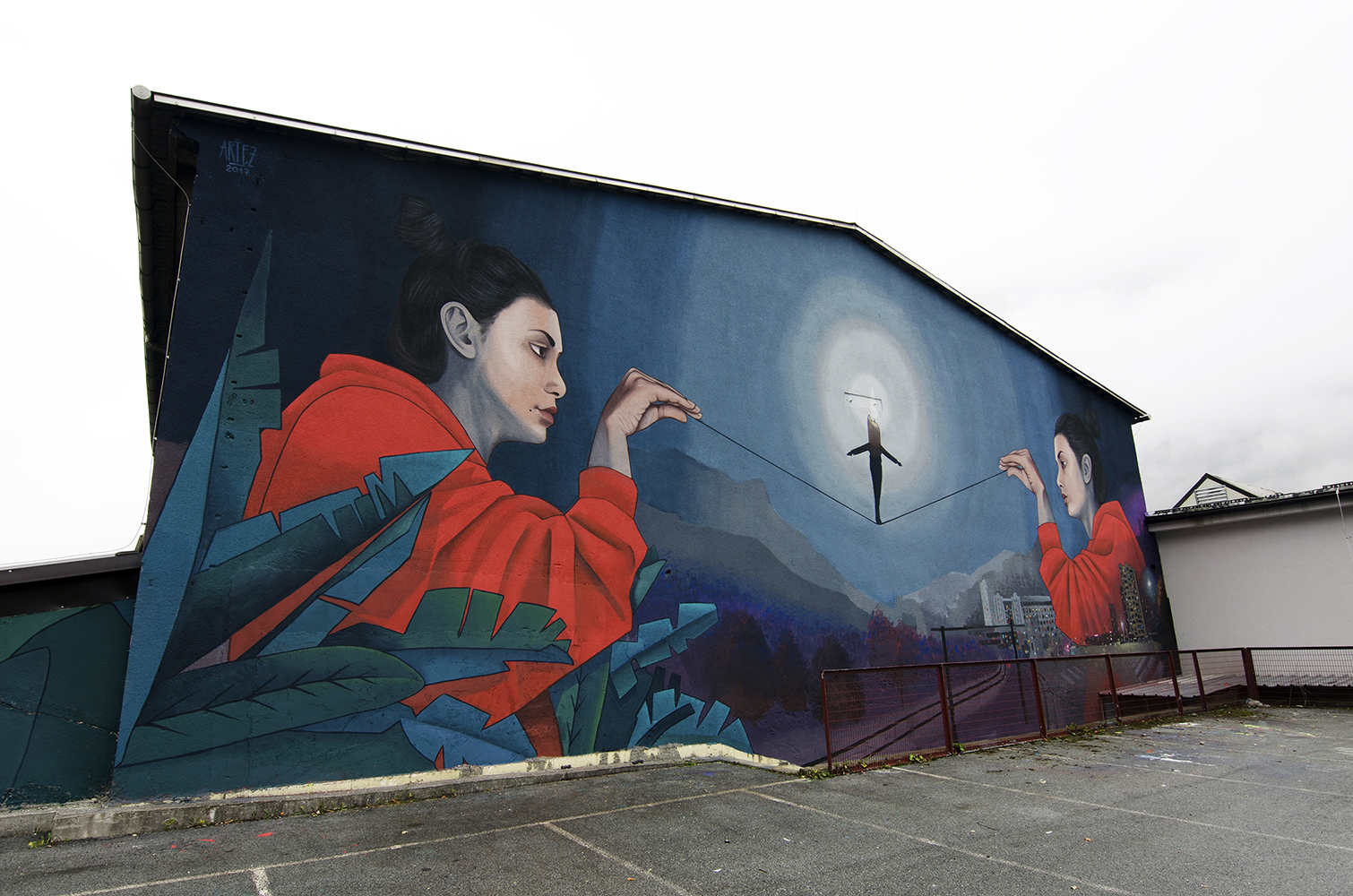 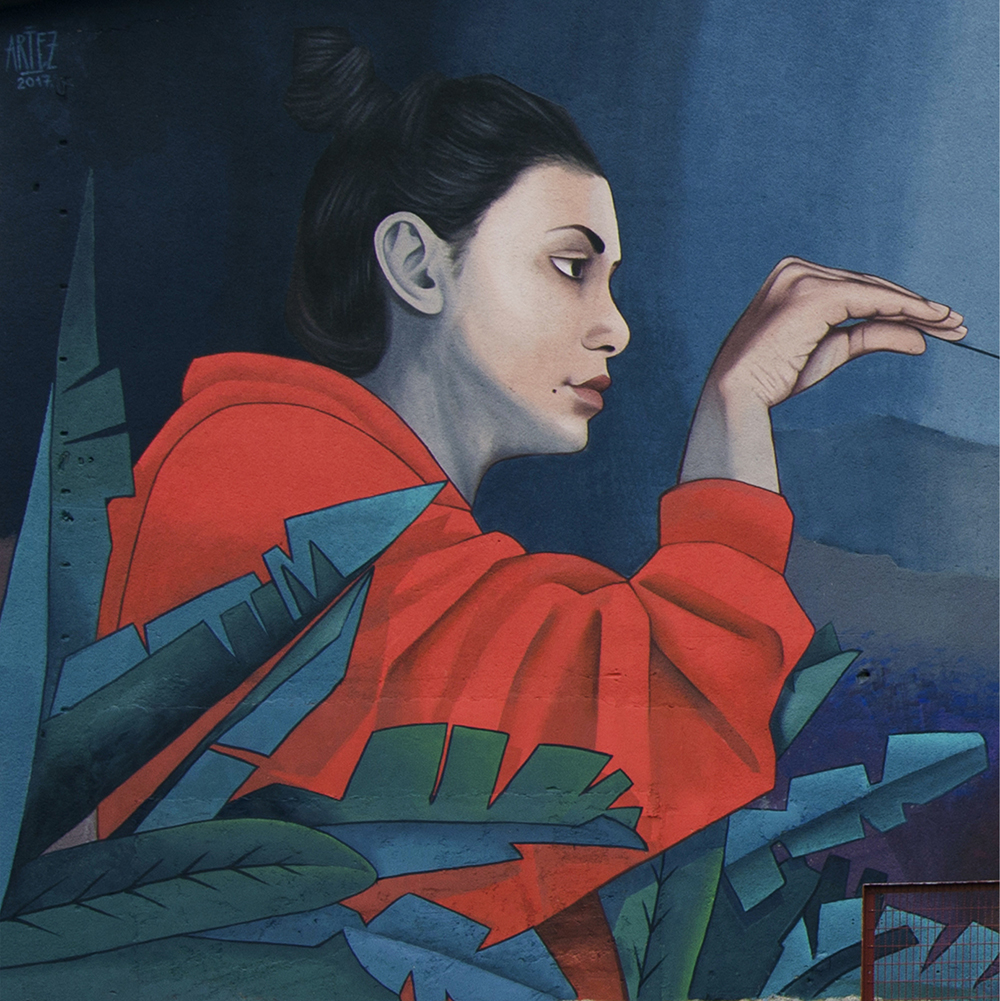 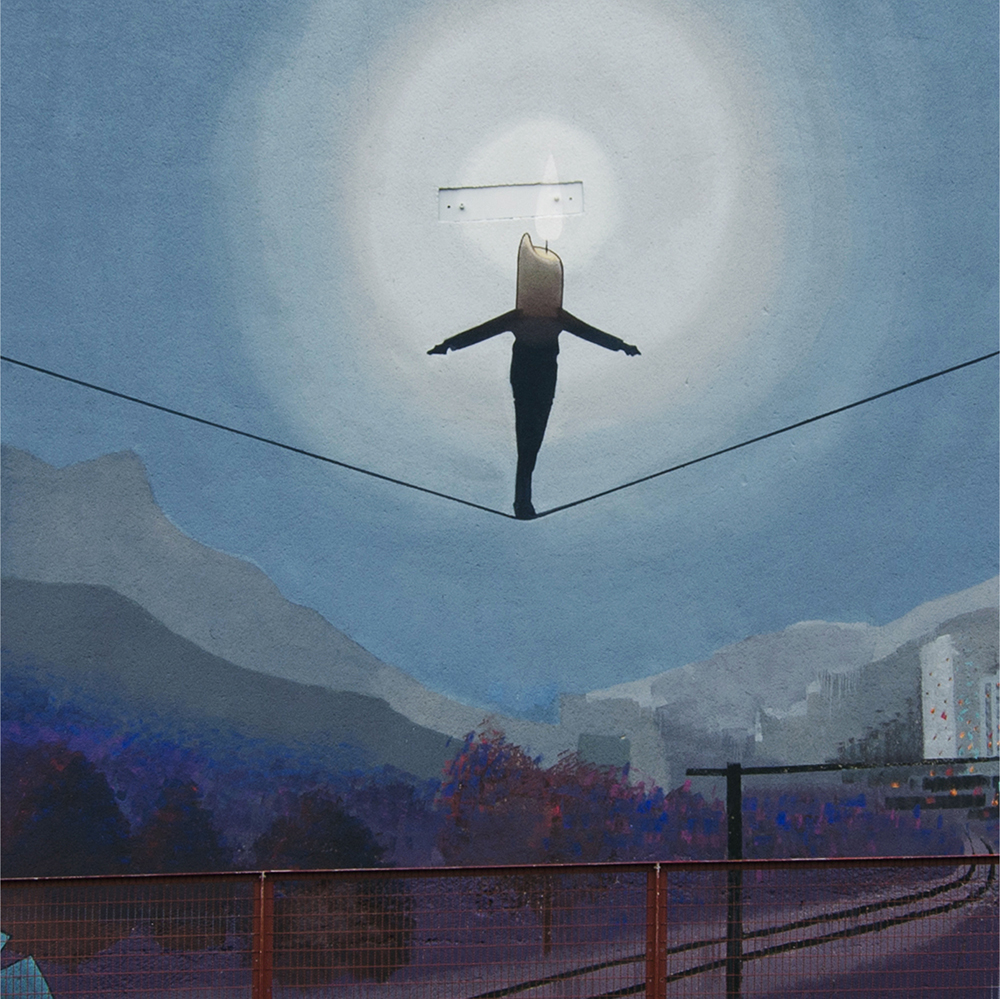 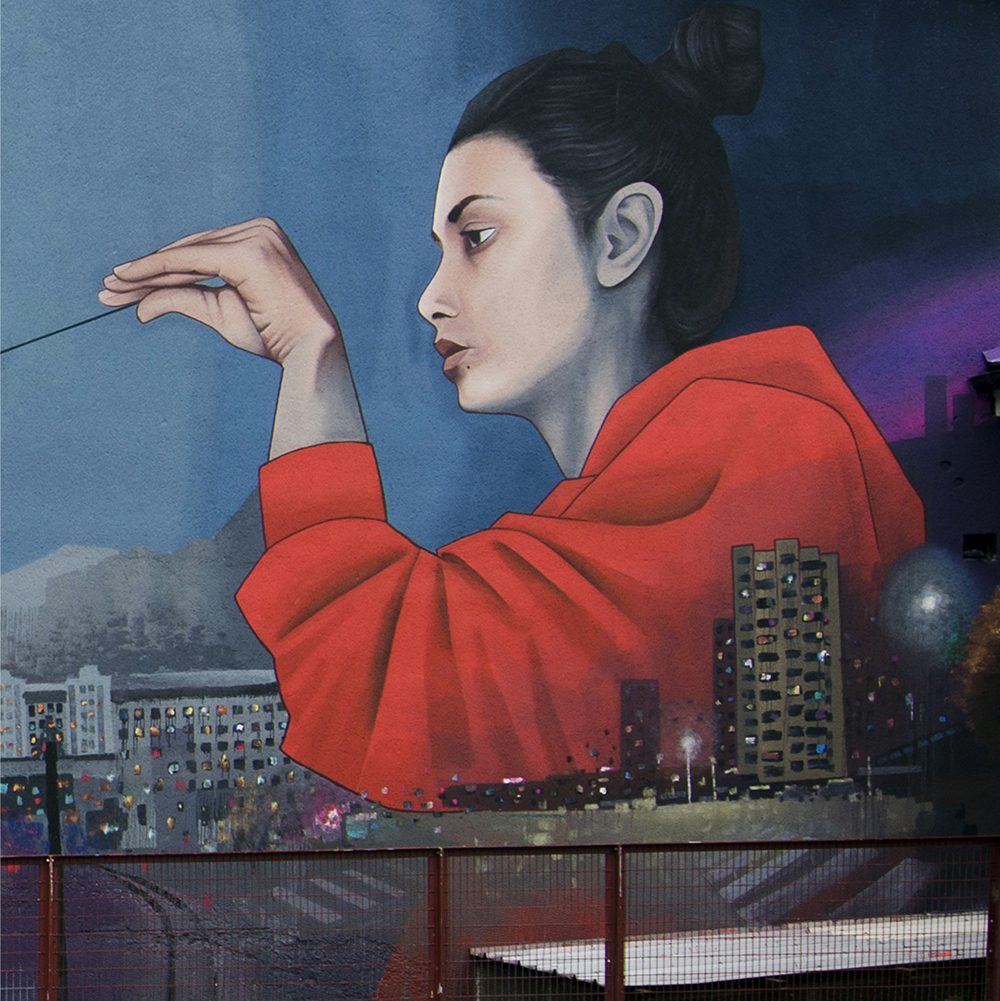 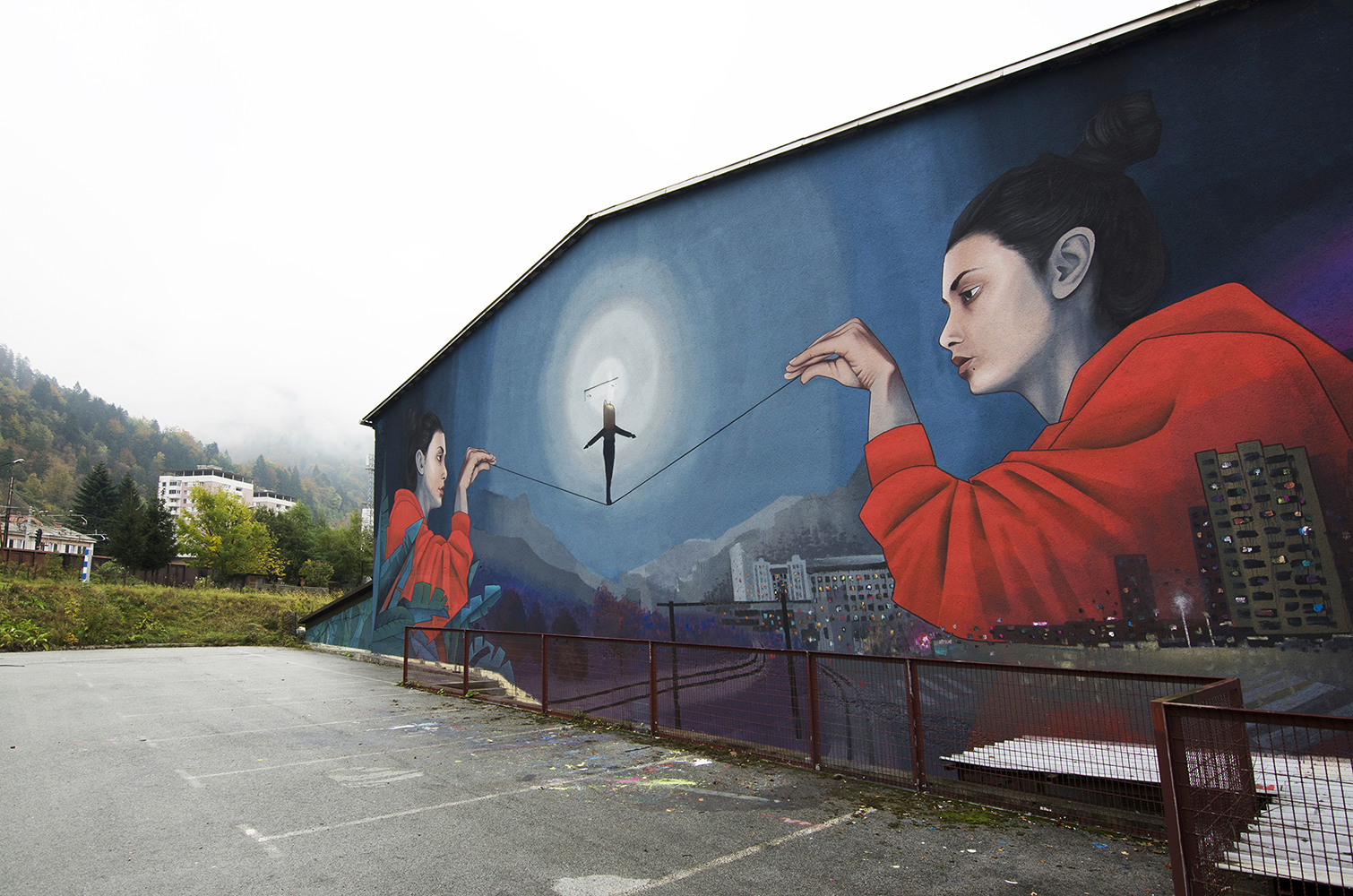 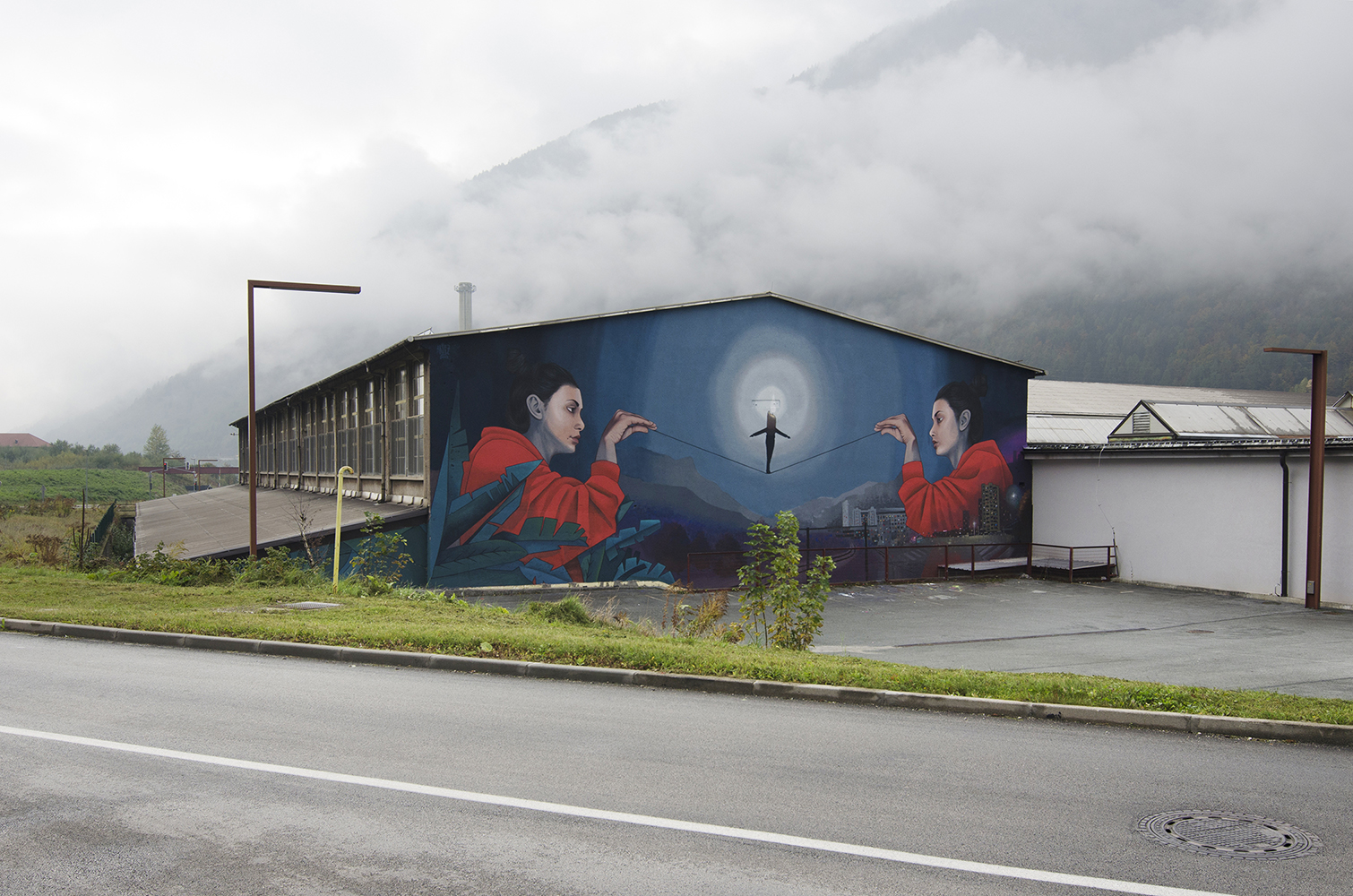