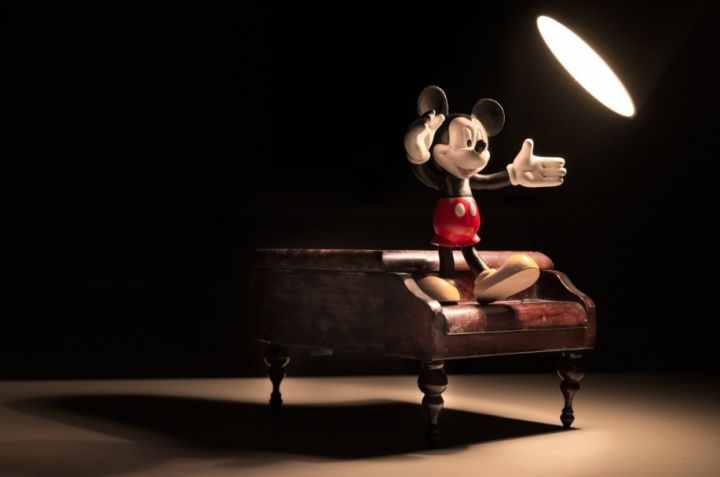 The focus of this article is the ever popular music of Disney. There is a huge catalogue of amazing and memorable work from this film producer with tracks composed by a list of famous writers and performers. With such an array of music to choose from, I am going to try to slim down the options to some of the most famous melodies from Disney, played, on this occasion, on piano.

This wonderfully uplifting track comes from the Disney version of that well-loved children’s tale called Aladdin. In the Disney version of this tale, it is a song sung by Brad Kane and Lea Salonga, recorded back in 1992. This is one of the most popular track Menken ever composed for Disney and it is not difficult to understand why as its positivity and optimism shines through.

The animation shows Aladdin and the Princess on a magic carpet ride confirming their undying love for one another in spite of difficult circumstances. It won a Grammy Award (Song of the Year) at the 36th Award Ceremony.

2. Beauty and the Beast; music by Ashman and Menken

The plot for this Disney classic really needs no explanation, but like so many popular Disney songs the theme from Beauty and the Beast is a ballad called “Tale as Old as Time”. The song dates back to 1991 when this version of the story was released. It tells the tale of The Beast and Belle who are the lead roles in this animated musical.

It is essentially a touching love song in which this unlikely pair sing about their love for one another and the ageless nature of true love. Everything you might expect of a Menken song is in this number, beautifully capturing the heartfelt lyrics of Ashman in a timeless love song.

3. Can You Feel the Love Tonight; music by Elton John; words by Tim Rice

This supremely famous song was written by a duo that has worked together for decades. Can You Feel The Love Tonight was composed for the 1994 animation titled “The Lion King”. As a testament to the song’s popularity, it was in the UK and the US top 100 and has reportedly sold some eleven million copies across the world.

As Elton John himself says, the song was written along the lines of all great Disney love songs as an expression and declaration of love. In this case, it’s between two lions, rather than two humans or a Beast and a Belle.

4. Let it Go by Kristen and Robert Lopez

Moving forward in Disney time to 2013, the movie “Frozen” placed Disney back at the very top of the animated movie charts. This film became a complete phenomenon and in my opinion largely due to the outstanding quality of the songs in it. “Let It Go”, became the iconic song from the film in which one of the lead characters, Queen Elsa, abandons her old life to lead one of solitude and isolation in her own ice castle.

Unlike many Disney ballads, this is not a love song but a powerful declaration of independence and acknowledgment of power. The song is pitched in a minor key giving it a certain gravity that draws the listener into the feelings Queen Elsa reveals. It was successfully recorded by Idina Menzel, who is perhaps better known for her superb portrayal of the Wicked Witch of the West (Elphaba), in the hit stage musical “Wicked”.

Bare Necessities is a track that has been covered and arranged perhaps more than any other Disney song. It was written for the original 1967 animated version of The Jungle Book that tells the story of Mowgli who was lost in the jungle whilst his parents were on the expedition. This song is sung by the bear who is called Baloo and a close friend of the boy Mowgli.

It is a light-hearted song in which Baloo sings about all the simple things in life that make it a happy one rather than wishing for things that you cannot have. There is an infectious jazz-swing to the song that has lent itself to many different interpretations, perhaps the best known being Louis Armstrong’s own version in 1967.

6. Under the Sea; music by Alan Menken; words by Howard Ashman

Even though this story was released under the Disney banner, the original narrative was written by Hans Christian Anderson around 1837. This version of the story was released as a Disney animation in 1989 and has been immensely popular ever since. The plot is essentially about a young mermaid (Ariel), who decides she would like to give up her world as a mermaid in favour of becoming human and having a human soul.

“Under The Sea” nimbly adopts a calypso feel that immediately transports you to the Jamaican beaches with sun and surf.  In the song, the crab (Sebastian), tries to persuade Ariel not to follow her desire to be human but to remain in her undersea kingdom. Unfortunately, Ariel is in love with a human Prince called Eric and her heart is stronger than Sebastian’s words.

To conclude I am stepping back to 1955 and one of the most iconic Disney songs from a truly legendary movie “The Lady and the Tramp”. This was the fifteenth movie animation Disney released. This charming story revolves around a spaniel dog called Lady and a somewhat less reputable and upstanding hound called The Tramp. As with many Disney stories, the unlikely happens and the two dogs, in spite of their differences, fall in love and embark on adventures together.