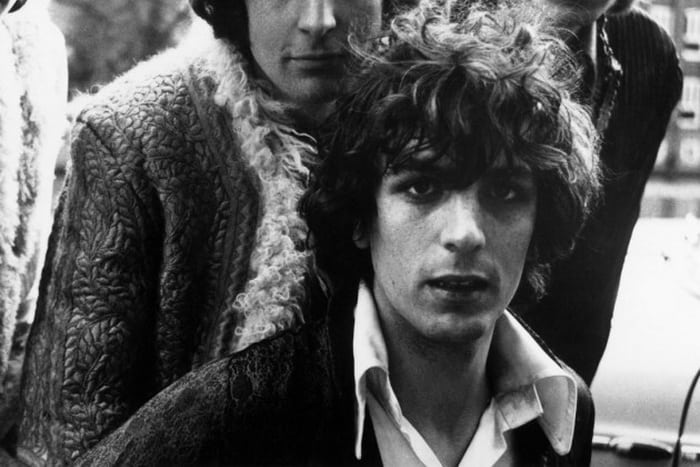 A celebration honoring Pink Floyd co-founder Syd Barrett and the creative legacy of the ’60s has been scheduled for later this year, with a schedule of events set to include the theatrical premiere, at the Cambridge Film Festival, of a documentary including a substantial amount of previously unreleased footage from the era.

Titled Get All That Ant?, the film is the work of Barrett’s friend and fellow art school student Anthony Stern, who was inspired to look back over his personal archives after being diagnosed with Parkinson’s disease. “Delving through my cellar, I found suitcases full of Nagra tapes, film reels and over 7,000 still photographs from the period 1963–1970,” said Stern in a press release. “This film is an homage to that time, capturing the dreams, memories and reflections that sprung from a moment when we really thought we could change the world. Fifty years on, I’m starting to think these values are starting to reemerge.”

In an interview with La Furia Umana, Stern called the results his “personal autobiography,” the results of which include his footage and photos of the Rolling Stones, the Doors, Pink Floyd and Donovan, as well as private moments with Barrett’s fellow friends and colleagues. As he explained, the title actually came from a Roger Waters quote captured in the film.

“Pink Floyd were rehearsing a concert at the Festival Hall,” said Stern. “An official prevented them from using the organ because they had not obtained permission to do so. I was filming the argument that was brewing up between Roger Waters and Officialdom, after which Roger turned to me and said ‘Get all that, Ant?’”

The Cambridge Film Festival is scheduled to run from Oct. 20-27, with Get All That Ant? set to premiere among a series of films about Barrett and Pink Floyd on Oct. 21. Planned events also include Barrett-themed walking tours of the area, led by some of his friends, which will take participants through a number of Barrett landmarks. Tickets for the screenings and the tour are available at this link.

Saw 8 May Be Happening A Lot Sooner Than We Thought, Get The Details – @Cinemablend0 (0)