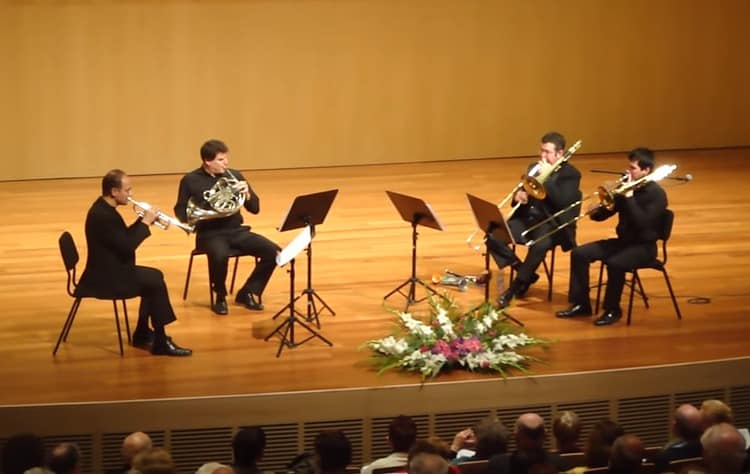 This delightful work originally had five movements. Its title translates as A Little Night Music, although it is really called Serenade number thirteen and was the last of its kind that Mozart wrote. The version we are familiar with today comprises of four movements: Allegro; Romanze; Menuetto and Rondo: Allegro.

The second Menuetto that Mozart refers to in his catalogue of works was removed for reasons that are unknown, leaving the four we now know well. Some have speculated that Mozart added the missing movement to his B flat Piano Sonata but this is not necessarily the case. 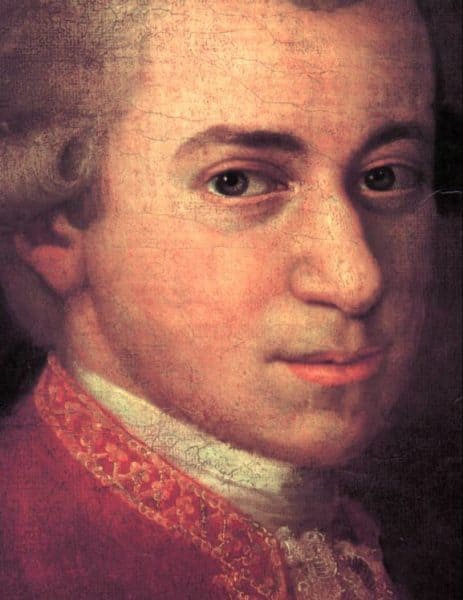 This final serenade does, however, feel quite symphonic in its structure and form regardless of the absent additional movement. The work was not published in Mozart’s lifetime. In 1827 the work received its first publication when it is said, Constanze (Mozart’s widow), sold it to a publisher, along with other works, probably to raise money for herself and her family.

Eine kleine Nachtmusik was composed in 1787 at the age of thirty-one while Mozart was resident in Vienna. Mozart was well aware of the type of musical trends that flowed through this cultural city and often composed accordingly. The musical form of the Serenade No. 13 was one of light, entertaining music, highly popular in Vienna at the time and often a good source of guaranteed income.

That year was a busy one for Mozart as he was absorbed with the continuing work on the opera, “Don Giovanni”. He also wrote the two String Quintets (K. 515 and 516) in C major and G minor that is well worth the time to explore. In addition to these pieces, Mozart completed the remarkable A Major Violin Sonata. This is an astonishing, expansive work in its own right and represents a milestone in the Violin repertoire.

1787 was a difficult year for Mozart and one of historical significance too. Leopold, Mozart’s Father had been ill for some time. Mozart was extremely close to his Father and relied on him for inspiration, affirmation and often financial support. Leopold’s illness troubled Mozart deeply and the news of his Father’s death on the 29th May was a profound shock. Leopold was only sixty-eight years old.

This was also the year that Mozart was to meet someone who he initially felt he had little time for or interest in. Arriving with a recommendation from one of Mozart’s associates a young man came to visit the master. This was reportedly Ludwig van Beethoven who then, by many accounts proceeded to captivate Mozart with his piano performance and compositional originality.

The thirteenth Serenade is scored for String Quartet and Double Bass. Typically, these days it is performed as an orchestral arrangement.

But as you might expect, sounds equally beautiful in its original instrumentation. Many have claimed that it is this slightly unusual instrumentation that has led to the piece becoming enduringly popular over the years. For me, it is the lightness of the music that does not result in structural compromises. The melodies are so typically effortless and instantly memorable as Mozart’s work.

Mozart chooses G major for the opening key, far away from the dark D minor mood of Don Giovanni. The opening movement is in Sonata form Romanze is marked Andante and has the key of C major. This movement acts as the slow movement of a Symphony would and is lyrical in character without being overly sentimental. There is a tenderness that flows through this movement with the subtle hint of a dance rhythm given by the upbeat at the start of each section.

Next follows the Menuetto, which finds us back in the key of G major and with a tempo marking of Allegretto. The mood lifts with this movement and it follows the expected form of a da capo Minuet, the opening section repeated after the trio section.

The finale is everything one might expect from a Mozart Rondo. Written in the key of the opening movement Mozart assigns a lively allegro tempo to this concluding piece. As if rounding off the whole composition in the way he began, Mozart returns to Sonata form for this movement. Even though Mozart loved to compose in Rondo form, (A, B, A, C…) because it gave him an endless potential for melodic creation, the sonata form here provides Mozart ample opportunity to develop his musical material. By the final bars, we are left elated and buoyed up by an effervescent Mozart whose music seems to rise above the immense struggles he faced that year.

The popularity of Eine kleine Nachtmusik is beyond question or doubt. It exists in numerous additional arrangements other than the original and that for string orchestra. One of the most entertaining I have discovered is in an arrangement of the Menuetto for bells.

And finally the Romanze on Ukulele.

Eine kleine Nachtmusik has featured in a number of Hollywood films. The adaptability of Mozart’s music is easily illustrated in the selection of movies I discovered that could not be more diverse. Ridley Scott makes a disorientating and chilling use of the piece in his first Alien movie. Here the score creates a disquieting juxtaposition to what is going on on-screen perhaps where no original score could.

The 1989 Batman movie makes equally effective use of the score, complementing the dramatic Danny Elfman score. The Jim Carey film Ace Ventura, Pet Detective makes use of the opening bars of the first movement to cultivate a sense of grandeur and style as the actors attend an elite gala.

Finally, Mozart also appears in the quirky comedy, “There’s Something About Mary.” There are many other movie appearances either in which parts of, or complete sections of the score are heard. Whether you agree with this use of Mozart’s music is for you to decide, but the popularity of this final Serenade I expect will remain with us for many years to come.