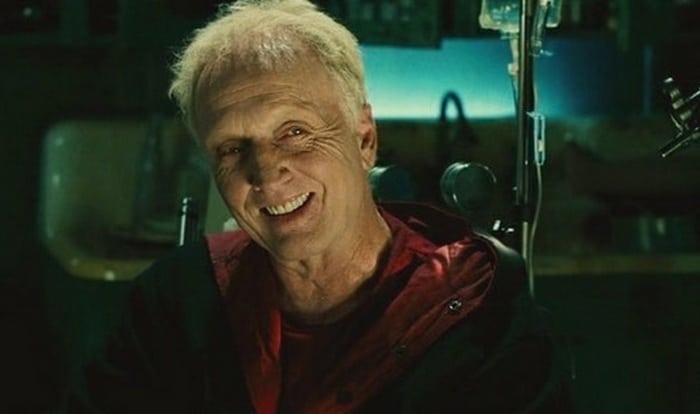 Saw 8 May Be Happening A Lot Sooner Than We Thought, Get The Details – @Cinemablend0 (0)

It’s been six years since we’ve seen the last installment of the Saw franchise, yet even a title like Saw: The Final Chapter can’t keep the franchise dead for long. While we previously reported that the latest entry, dubbed Saw: Legacy, was being written by writers Josh Stolberg and Pete Goldfinger, we had no clue when the film would be going before cameras. That may have changed, as we’ve gotten wind of a source that says the eighth Saw film will go into production this September.

This information comes from the Canadian union site IATSE873, via an item reported on horror site Bloody-Disgusting, as a film simply title Legacy has a graphic that adds the Saw franchise to the film’s pedigree. Shooting is supposed to take place between September 12th and October 21st, if the site is to be believed, with franchise producers Dan Heffner and Oren Koules remaining on board for the latest entry in the story of Jigsaw. However, there is a possibility that Saw: Legacy may be trying to tell us something with its title, and that something may be that Jigsaw is out of the picture once and for all.

As most Saw fans will remember, Saw: The Last Chapter dispatched of Jill, the ex-wife and protege to John Kramer, the man known as Jigsaw, and Detective Mark Hoffman was locked in the bathroom trap that started it all in Saw, by long absent student Dr. Lawrence Gordon. With Gordon still in action, and Saw VIII being cannibalized for Saw: The Last Chapter, the brand new story of Saw: Legacy will more than likely carry on with a brand new lead, and possibly with Dr. Gordon carrying on as the brand new Jigsaw.

At least, that’s what we’re hoping for, especially considering the years long feud between the Saw franchise runners and Cary Elwes, which prevented the return of the latter until the final film was in the works. While it seemed like a big of a left field curveball for Dr. Gordon to all of a sudden return as a student of Jigsaw, it’s only fair that Josh Stolberg and Pete Goldfinger tie up that loose end with whatever new madness they’ve cooked up. That, and it’d be a shame to junk Dr. Gordon’s plotline so soon after reviving it.

Though we are a little worried that the script for Saw: Legacy was only reported as an active concern a couple of months ago, and it now has an out of the blue production schedule set for this fall. Naturally, this expedited schedule could be chalked up to the fact that the Saw franchise was always the epitome of a well oiled machine, as it cranked out yearly entries between 2004’s debut and its 2010 finale. In fact, the only real ingredients for a Saw script seem to be new characters, new traps, and some students of Jigsaw carrying out what they feel to be his legacy. Rinse, repeat, see you next Halloween, which is exactly when we’d expect to see Saw: Legacy in theaters.

How Diversity Initiatives Are Changing the Film Industry – @Indie Wire0 (0)

No Thoughts on Saw 8 May Be Happening A Lot Sooner Than We Thought, Get The Details – @Cinemablend0 (0)