Some artists find a wall and meticulously plot out a single mural. Some grab some cans, find some walls, and cover them until the sun comes up (or the paint runs out). Chicago’s Pizza In The Rain continues to impress with ambitious projects that dazzle visually while also have deeper meanings. PITR spent 9 months in 2017 working on “Good Example”, collaborating with Polly Jimenez, Roland Santana, Danny Sobor, Matt Wojtan, Crop, Kristen Valentine, & Joe Renda. 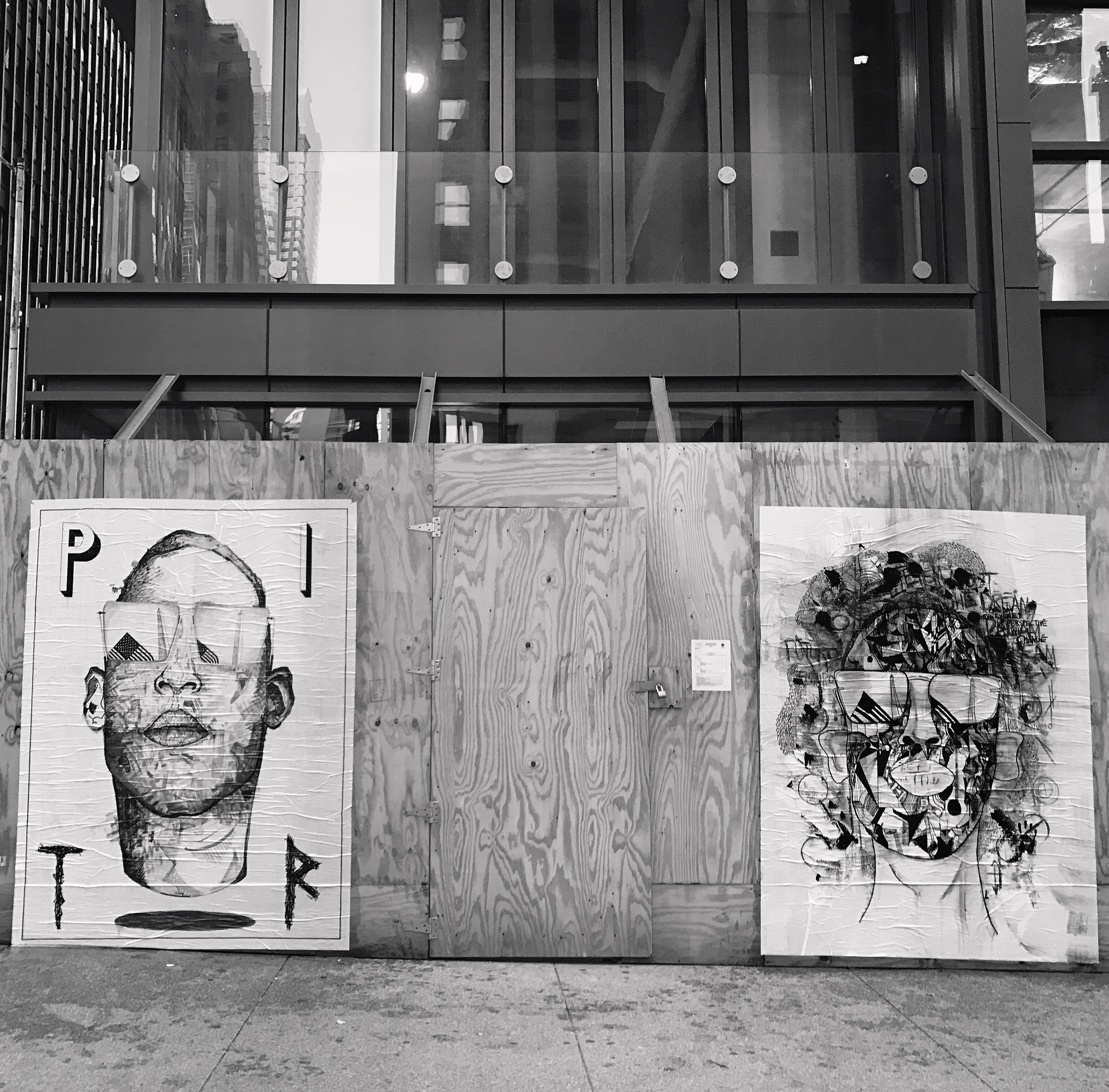 Street Art News’ @jreich connected with PITR who had this to say about “Good Example”: 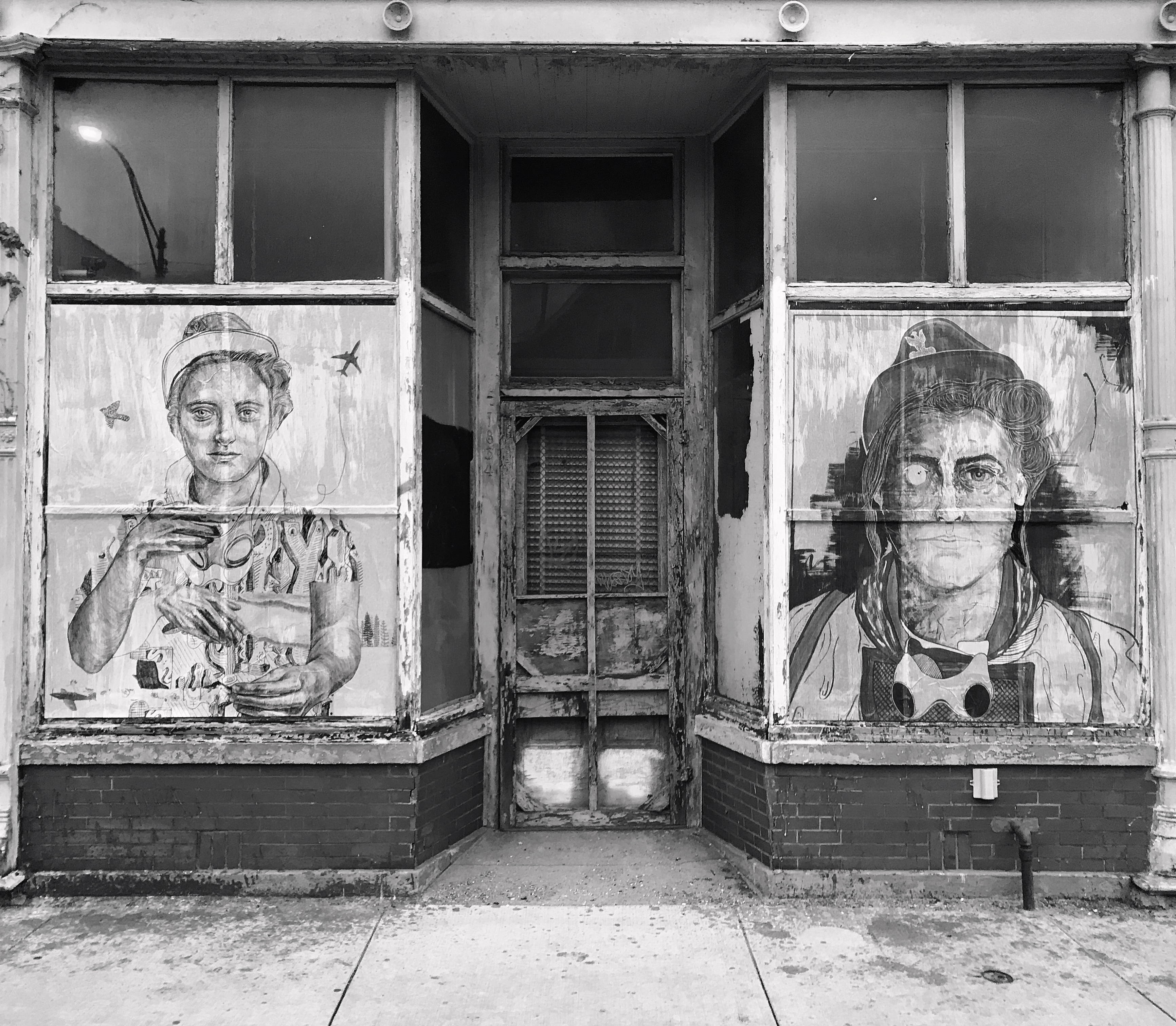 “This past year, I was fortunate enough to travel through France, Hungary, Austria, England and the Czech Republic. In each foreign country/city, I found the locals having the same political and socio-economic discussions we American’s are having.  In most cases, these discussions revolved around polarizing “leaders” and political figures. While initially comforting and relatable (hey, you guys are having the same problems too), these ironically similar issues have begun to compound and are forecasting a rather bleak worldly future.” 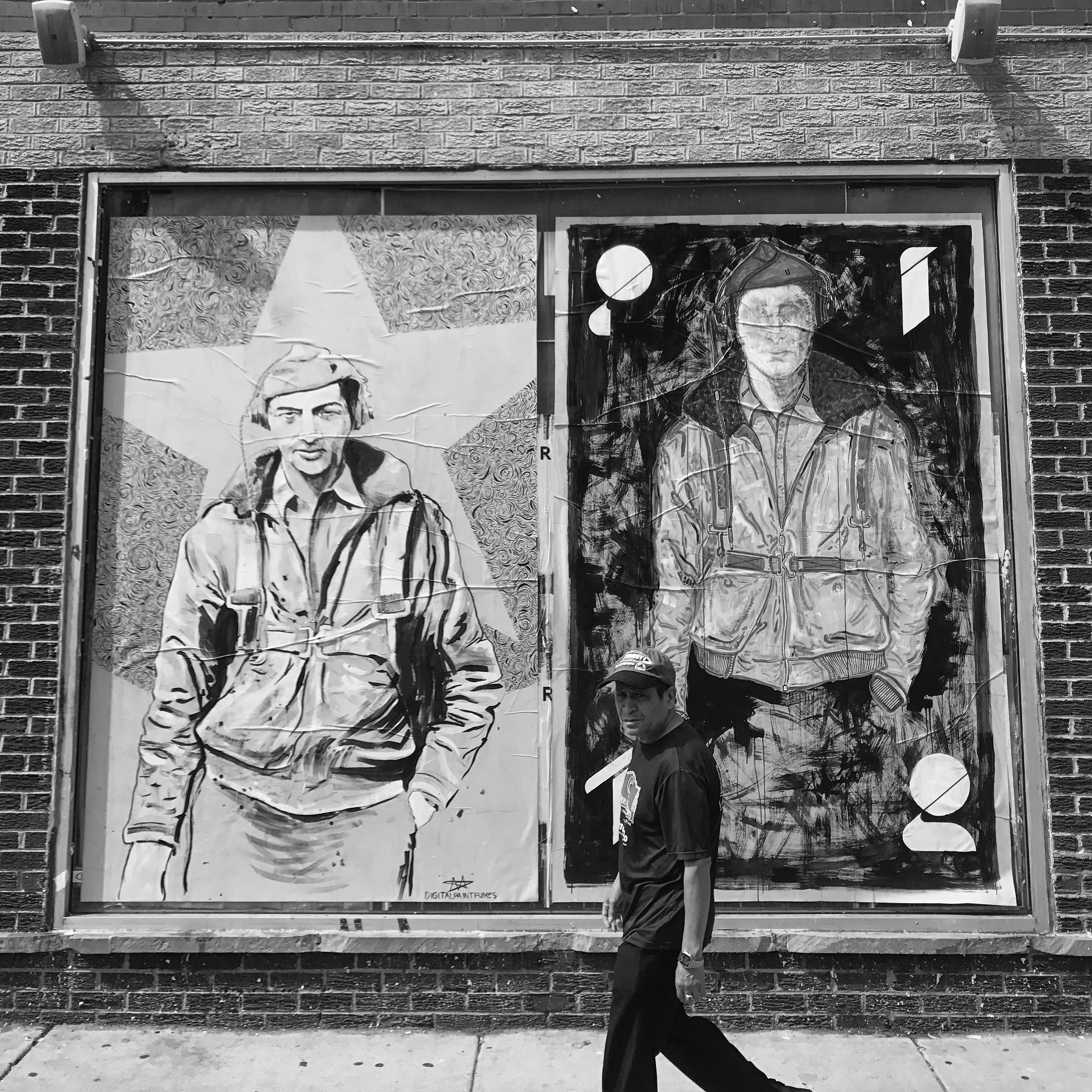 “The Good Example project featured historical individuals in an effort to reintroduce and highlight those past events/people who have positively impacted our future. Participating artists were asked to select one personal/regional/historical influencer that enacted positive change, at which time myself and said artist then painted our separate interpretations of this person. This project simply strove to showcase those that have done good.” 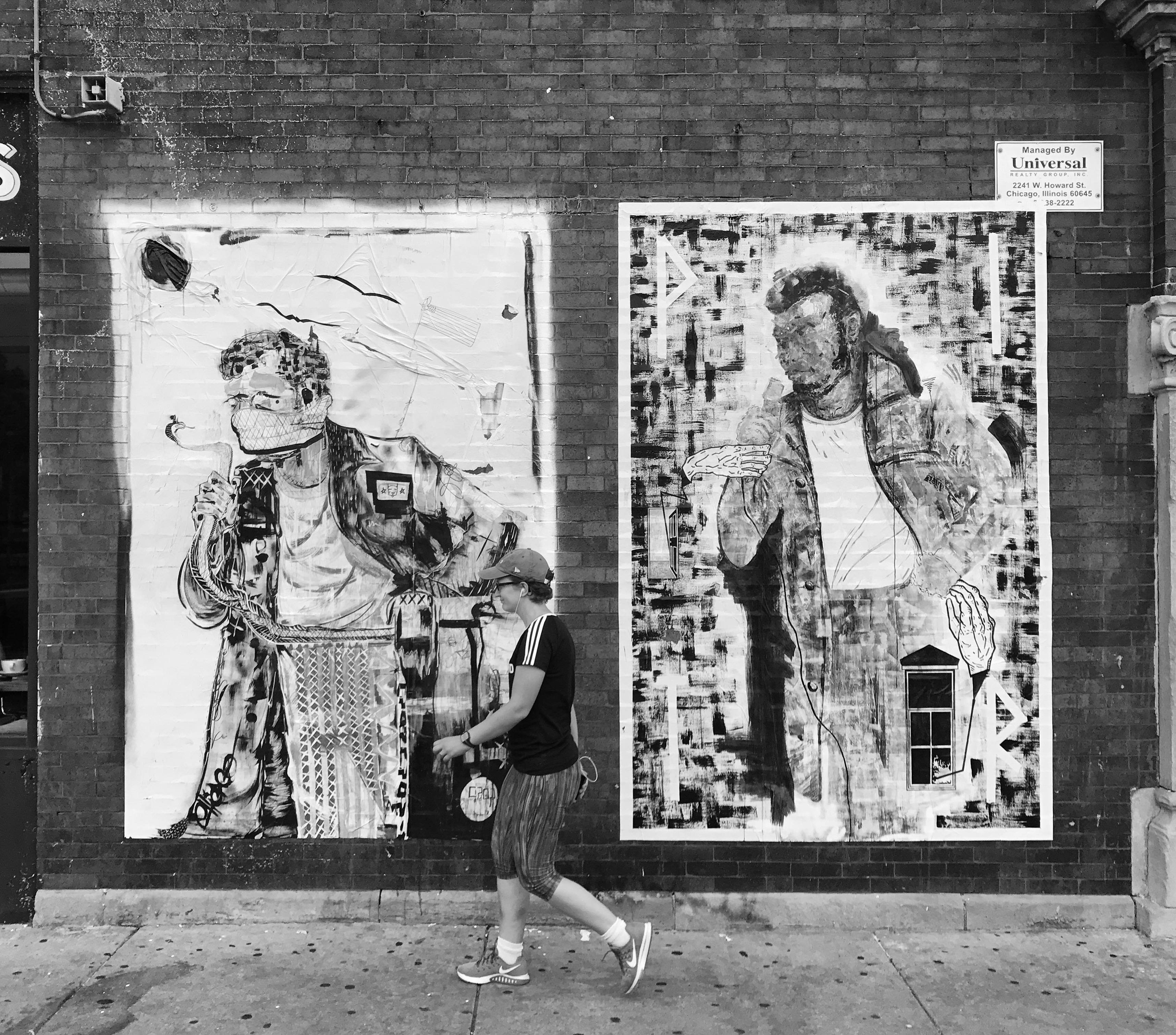 “Good Example exhibited one large-scale portrait from 7 local and international artists/collectives, in addition to one piece from myself. All work was done in gray-scale. The first six pieces were done on paper and wheatpasted on the street The final, and only sanctioned installation, was painted on wood canvases and installed outside at 1424 W. Chicago Ave.” 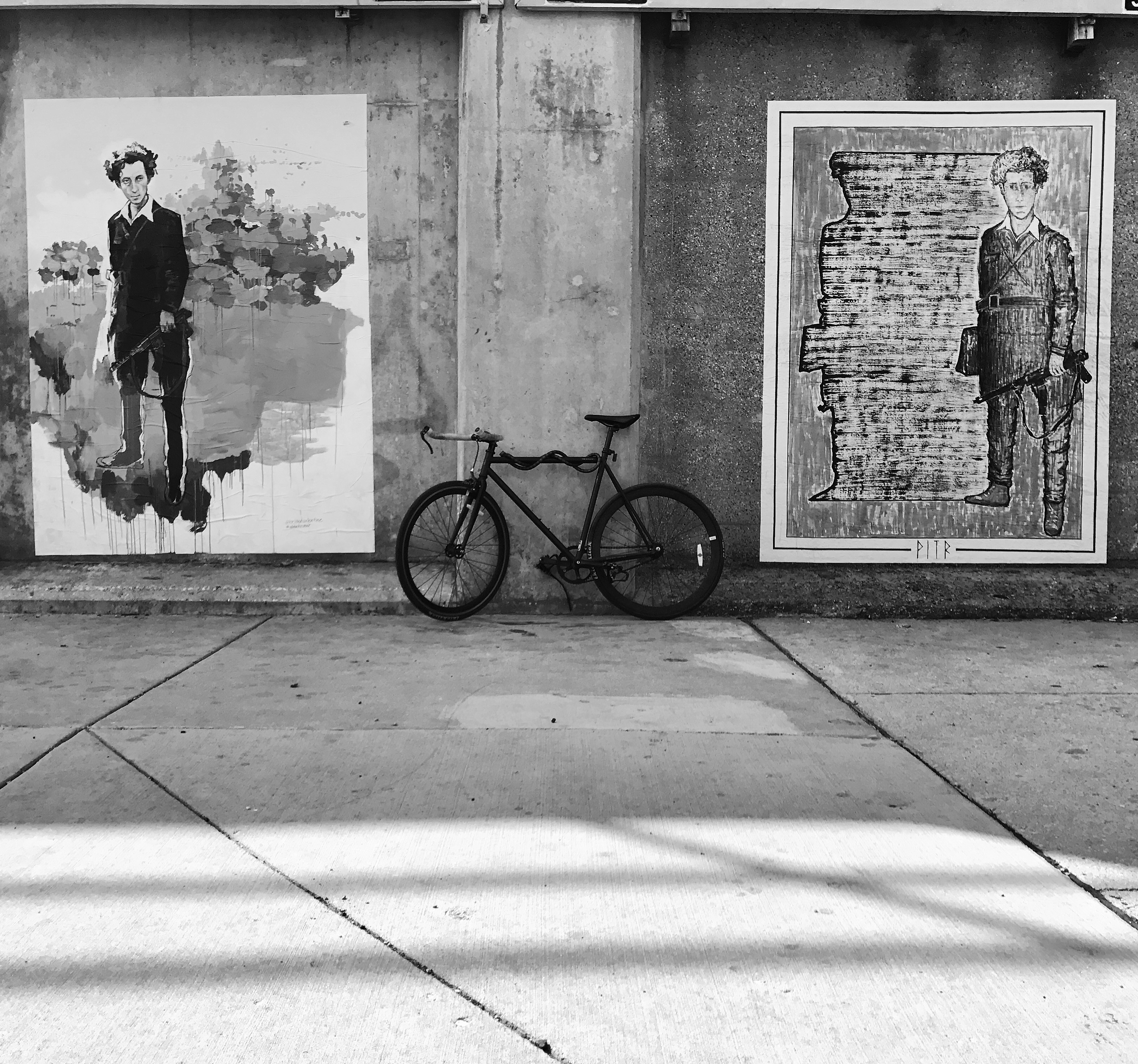 Keep an eye on Pizza In The Rain’s Instagram account www.instagram.com/pizzaintherain for future works and keep checking back with us for more updates in Chicago and all over the world! 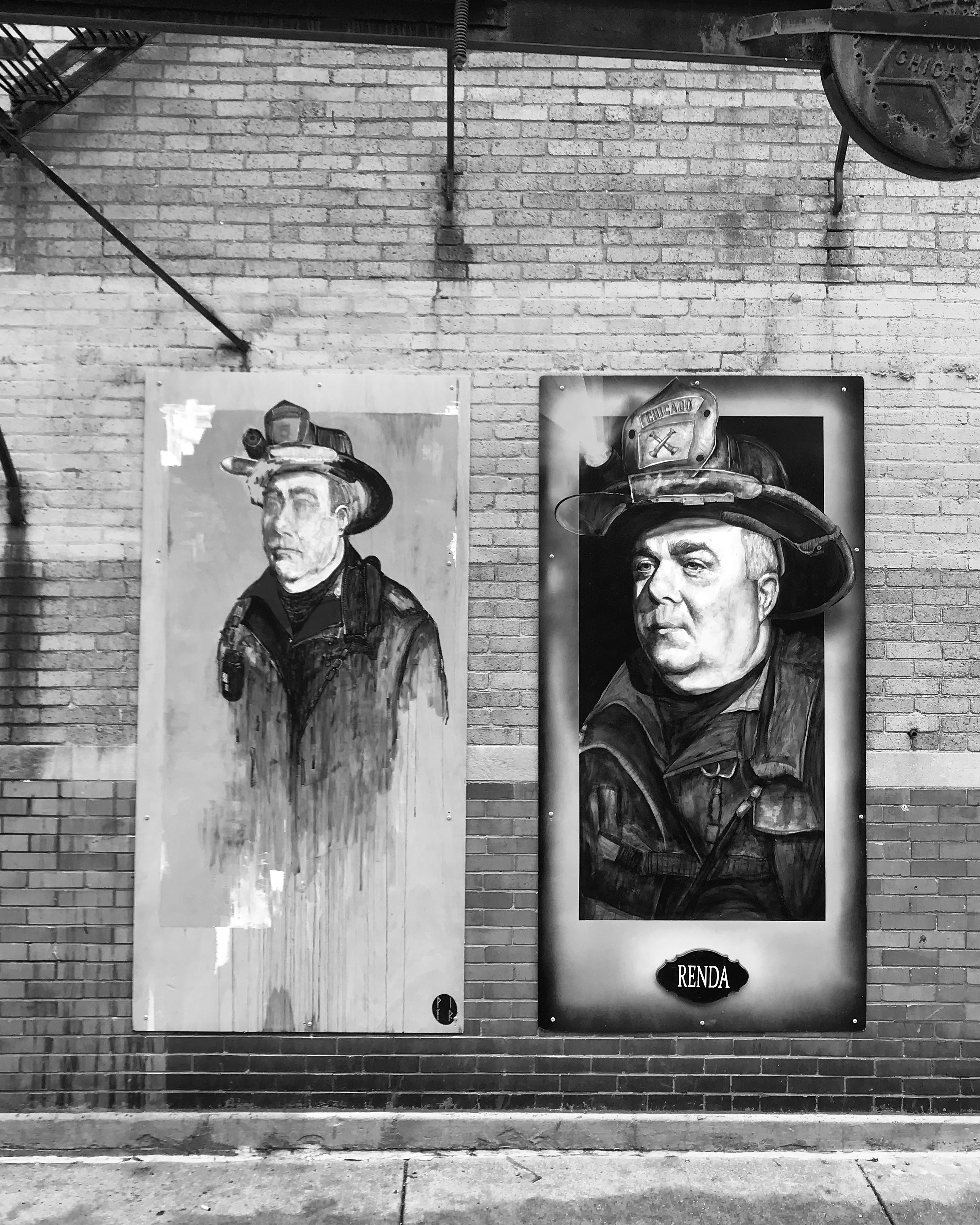 Girls on the Verge: The subversive art of Zoe Hawk
0 (0)