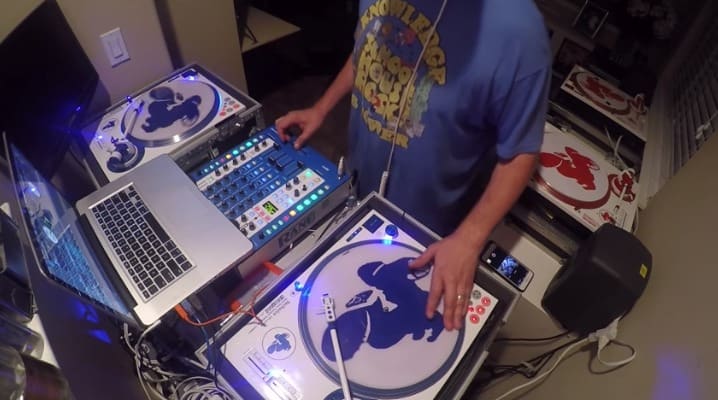 Back in March, San Jose, California’s DJ Goodfoot stole the show in the midst of Ambrosia For Heads’ “Finding The GOAT Album” ballots. In a competition to integrate the remaining albums in the bracket, Goodfoot’s 21-minute mix made the finals all the more exciting.

Ever the competitor, Goodfoot is now in the running for the Summer Jam Mix Off contest with famed Bay area radio station KMEL. Taking just three minutes, the mixmaster is able to take G-Eazy, Drake, and Travi$ Scott and weave them against relevant classics from De La Soul, DJ Jazzy Jeff & The Fresh Prince and others. Heads can watch the mini-mix on video too, to see the scratches and blending.

In 2016, it’s not as common to hear mainstream Rap and R&B with skilled DJ’ing. Out to get his name up (and hoping to earn your vote on KMEL’s website), DJ Goodfoot continues to be down for the cause.