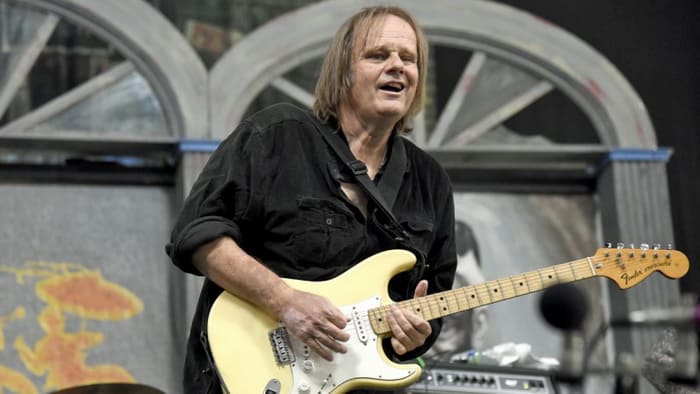 Exclusive: Hear Say Goodbye To The Blues, I’m Back and Rock Me Baby from Walter Trout ‘s upcoming live album

Alive In Amsterdam is issued by Mascot/Provogue on June 17 and was recorded at Amsterdam’s Royal Theatre Carre on November 28 last year.

The show took place as Trout continued his recovery from a liver transplant and toured in support of his 2015 album Battle Scars.

Say Goodbye To The Blues, I’m Back and Rock Me Baby can be heard below.

On his energetic live performances, Trout says: “I get into the energy and the moment and the excitement of it all – I think I’m a very different guitarist live.”

Walter Trout has a number of tour dates remaining in 2016.

The post: Walter Trout streams 3 tracks from Alive In Amsterdam, was published at: TeamRock