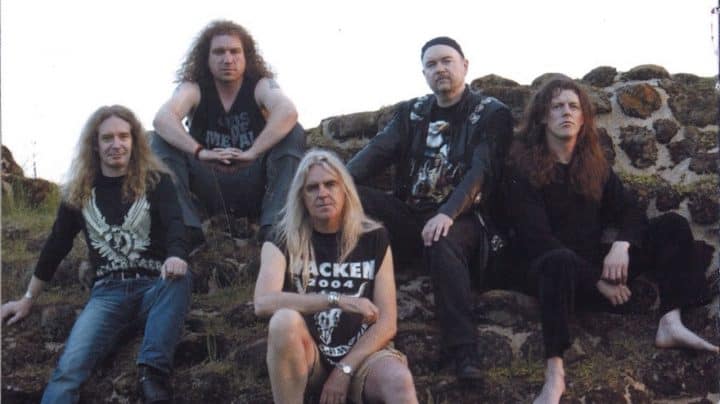 “There’s so much good stuff on these albums, and the band went through something of a renaissance during this period. They all have a lot to offer when you listen back to them now. I don’t make a habit of putting on Saxon albums all the time, but when I do get to hear any of these nine, I am happy with the way they each turned out. It’s great to have all these albums released together like this, but it’s gonna be bloody heavy. I hope none of our fans do themselves an injury picking the box up!”

Solid Ball Of Rock (1991)
“Let’s be honest, the previous couple of years had been bad, not just for us but for a lot of rock and metal bands. And Saxon fans didn’t like the line-up that recorded our previous album Destiny (released in 1988). So, we had a rethink, brought in Tim ‘Nibbs’ Carter on bass and came back sounding like a breath of fresh air. We also had a new record deal with Virgin and all round it was an exciting time for the band once more. This was a massive leap forward for us.”

Forever Free (1992)
“Unfortunately, for this album the record label fell out with Kalle Trapp, who had produced Solid Ball Of Rock. So, we went to Vienna to work with an Austrian producer named Herwig Ursin, who had produced a couple of hits previously, but wasn’t right at all for what we wanted. But we tried to do the album with him, before I decided it was turning into a disaster. Therefore we wasted a lot of time – we should have said no to this guy straight away. We never learn! So, I got Peter Hinton, who produced Wheels Of Steel and Strong Arm Of The Law, to come down and help me to get the album done. And eventually it came out well. I really like the title track. But it was a bizarre album to make. Still, the concept behind it was good and so were the songs.”

Dogs Of War (1995)
“This turned out to be Graham Oliver’s last album with us. We got a different guitarist in for the tour, Doug Scarratt who then joined us permanently. Graham’s final live show with Saxon was on New Year’s Eve 1994, in Bremen, Germany, but it was obvious when we were recording that there was a rift opening up between him and the rest of us. This was the album when we began to get a lot heavier. We still had those rock’n’roll radio style songs, but all round it was a move to heavy ground. Not just musically, but also in terms of the lyrics. The title song, for instance, was about the ongoing war in Yugoslavia.” 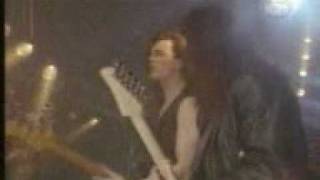 Unleash The Beast (1997)
“Doug Scarratt was now a full-time member of the band, and played his part in the writing process as well. I feel the songs here are more musically interesting that what we had previously done. And the band had firmly turned into what Saxon would become from then on. That’s not to say we abandoned the style for which we were known. However, there was a lot more going in with our music here. I really liked what we did, and it holds up well.”

Metalhead (1999)
“This was the first of what I would call our dark albums. Doug by then was firmly bedded down in the band, and as result played a bigger role on the writing side. I was also interested in different subjects lyrically to what I had been previously writing about. So, there are songs here about spirituality and aliens. For me, this was a benchmark album for the way we sounded. I know from talking to musicians that it was very much loved by a lot of other bands.”

Killing Ground (2001)
“I have nothing but great memories of making this album. To me, it’s full of fine songs and comes across as a strong sounding album. I also like the cover, which was done by Paul R. Gregory, and really captures the spirit of the album so well. Yes, this was a goodie for us.” 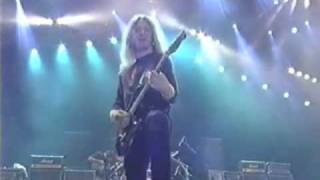 Lionheart (2004)
“For some reason, British fans really like this album a lot. I would go so far as to say that our fans over here are into this record more than people in any other part of the world. Why? I have no clue at all. Perhaps it’s all down to the fact that it somehow sounds very British. It’s certainly packed with good riffs and melodies. The cover artwork, again from Paul Gregory, is also striking. This provides a great connection between the album and the band. Maybe that’s another reason why Saxon fans in the UK have such a strong feeling for it.”

The Inner Sanctum (2007)
“I recall that I wanted to start the album with the track Atila The Hun, which I wrote with the intention of it being the song to open the record. But the rest of the guys wanted to go for State Of Grace, which is what happened. My logic was that by having Atila The Hun opening up everything, we would immediately establish this was gonna be a heavy album. Now, don’t get me wrong, State Of Grace is a fine song, but for me this wasn’t the way to begin The Inner Sanctum. I wrote the song about the building boom in the 11th century when so many cathedrals were constructed. Overall, it’s an album I like a lot, however it was also the first time since the 80s that we didn’t have a title track. One was written, but never recorded.”

Into The Labyrinth (2009)
“Another album that stands up well. Battalions Of Steel, which starts the record, is great. I wrote it about the fans, as well as being about the Roman legions. I love the fact this is the opener. We play that live still, and it’s become a real fan favourite. A true anthem. Paul Gregory’s artwork is also superb.”

Eagles and Demons is released this Friday, and is available in standard andspecial, signed editions. 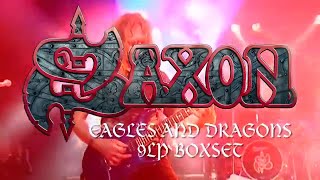 The post: Biff Byford’s Album-by-Album Guide to the new Saxon Box Set, was published at: TeamRock