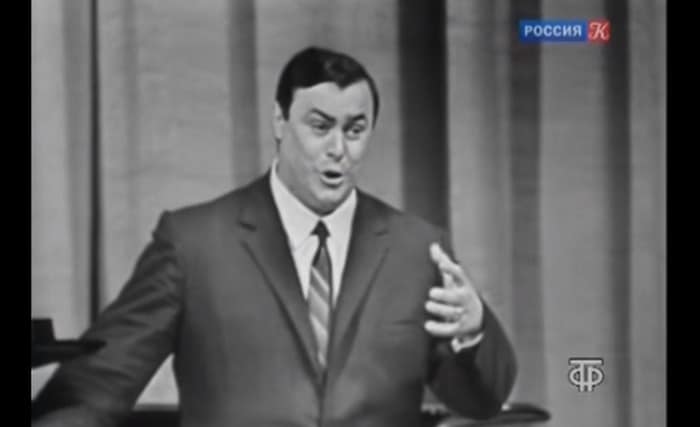 Sometimes it’s hard to believe that certain entertainers did not arrive fully formed with their famous look already part of the act. It’s still weird to me, for example, to see very early George Carlin, looking like a nephew to the button-down comedy of Bob Newhart. You might get the same shock seeing this very early—possibly the first, but not verified—televised appearance of master tenor Luciano Pavarotti.

In this archived clip from Soviet television, the future opera superstar looks more like comedian Jackie Gleason than the bearded, iconic figure he would become. Those eyebrows are working overtime, though.

The year is 1964, only three years after his professional debut in a regional Italian opera house, where he played the lead, Rodolfo, in a production of La Boheme. It was also a year after his first major accomplishment, supporting and singing with Joan Sutherland on an Australian tour. He was yet to have an American premiere, and was still trying to make a name for himself.

This above clip, a jaunty and confident take on Verdi’s “La Donna e Mobile” from Rigoletto, shows all the youthful promise in his 29-year-old voice. Compare and contrast below his 1982 version from Jean-Pierre Ponnelle’s film version of the opera. It’s sweeter and Pavarotti has less to prove, firmly established in the firmament of singing stars. The song remains the same, but this early glimpse into Pavarotti’s career shows he knew he was going places, but just needed that chance to prove it. 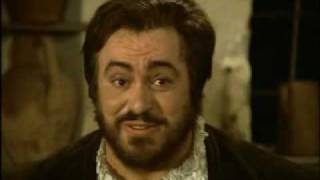 Walt Whitman on Identity and the Paradox of the Self – @Brainpickings.org0 (0)