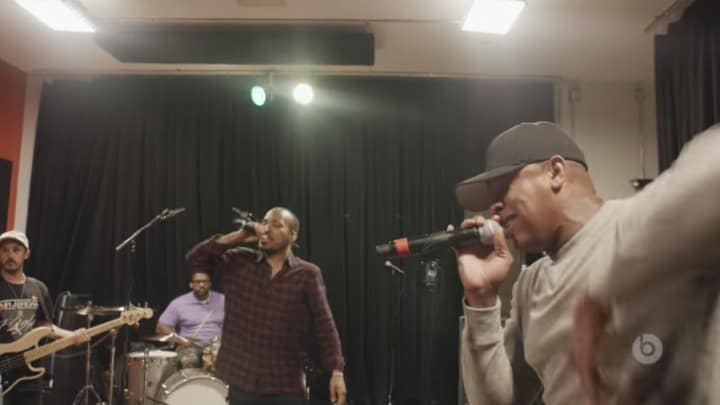 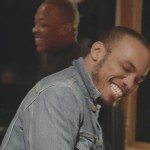 Much has been written about the connection between Anderson .Paak and Dr. Dre, since the rising star appeared on six of the tracks on Dre’s 2015 Compton album. While Dre had long before co-signed .Paak, in word and deed, he gave Anderson the ultimate stamp of approval by signing him to the same Aftermath Entertainment record label that has served as a home to Eminem, 50 Cent, The Game, Kendrick Lamar and other great talents. Despite the amount of material they’ve create together, and numerous stories about the two, not much has been seen of .Paak and Dre together, outside of a select few photos, until now…

As Anderson prepared for his recent appearance at Coachella, his biggest performance yet, Beats was on hand to capture the moment, behind-the-scenes. Besides giving an inside look at Anderson, the clip, titled “All In A Day’s Work,” also provides a rare glimpse at Dr. Dre at work with one of his artists. The two men embrace as they greet one another, and, throughout the video, it is clear that their relationship is collaborative rather than hierarchical.

Of Dre, .Paak says “I can hear it like night and day, when I work with him on a song and when I work by myself. And, after I was done working with Dre, I had a different approach of how I went in the studio. It was just more tenacity.” Dre returns the mutual admiration, saying “the artists I like to work with are people that you know their voice from the first syllable. As soon as he opens his mouth, you’re going to know it’s him. And, he’s coming with his voice, his delivery, his energy. He seems like an old soul.” What’s more, beyond their respect for one another, the video shows what looks like a genuine kinship between two men who simply love making music.

The post: Here’s A Behind-The-Scenes Look At The Connection Between Dr. Dre & Anderson .Paak (Video), was published at: AFH Ambrosia for Heads

No Thoughts on Here’s A Behind-The-Scenes Look At The Connection Between Dr. Dre & Anderson .Paak (Video) – @AFH Ambrosia for Heads #ddre #paak #andersonpaak
0 (0)