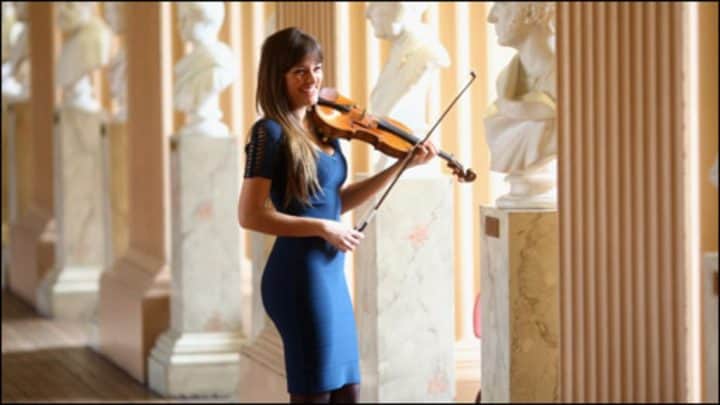 What Makes the Stradivarius Special? It Was Designed to Sound Like a Female Soprano Voice (…) – @Open Culture #stradivarius0 (0)

What makes violins made by the Stradivari and Guarneri families as valuable to musicians as they are to collectors? And how do we measure the optimal sound quality of a violin? One answer comes from violin maker Anton Krutz, who speculates that these highly-prized classical instruments sing so sweetly because they are “made with proportions and spirals based on Golden Ratio geometry.”

Perhaps. But Joseph Nagyvary, a professor emeritus in biochemistry at Texas A&M University, discovered another, less lofty reason for the distinctive sound of these coveted instruments. As Texas A&M Today reports, during his 25 years of research on Stradivarius and Guarneri violins, Nagyvary found that the two makers “soaked their instruments in chemicals such as borax and brine to protect them from a worm infestation that was sweeping through Italy in the 1700s. By pure accident the chemicals used to protect the wood had the unintended result of producing the unique sounds that have been almost impossible to duplicate in the past 400 years.” 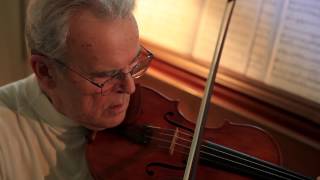 Though violins have always been made to imitate the human voice, the uniqueness of the Stradivari and Guarneri violins, Nagyvary set out to prove, results in especially humanlike tones. In a recent 2013 study published in the stringed instrument science periodical Savart Journal, Nagyvary presented research showing, writes Live Science, that these prized Italian instruments “produced several vowel sounds, including the Italian ‘i’ and ‘e’ sounds and several vowel sounds from French and English.” Whether by chemical accident or grand geometric design, “the great violin masters were making violins with more humanlike voices than any others of the time.”
Seeking, as Nagyvary says in the short video above, to “define what was the standard of excellence for the violin sound,” he decided to measure the Stradivari and Guarneri-made instruments against the original model for their timbre: the female soprano voice. To compare the two, he had Itzhak Perlman record a scale on a 1743 Guarneri violin, then asked Metropolitan Opera soprano Emily Pulley to record her voice while she sang various vowel sounds. Nagyvary analyzed the harmonic content of both recordings with a computer program and mapped the results against each other.
His project, writes Texas A&M Today, effectively “proved that the sounds of Pulley’s voice and the violin’s could be located on the same map… and their respective graphic images can be directly compared.” The Guarneri violin does indeed exactly mimic the tones of the singing human voice, replicating vowel sounds from Old Italian and other European languages.
Nagyvary thinks his findings “could change how violins may be valued”—for their sound rather than for the label inside the instrument. A violin maker himself, the former biochemistry professor also suggests a more practical application for his research findings: they might teach violin makers how to improve the quality of their instruments. Nagyvary’s scientific approach may offer luthiers the exact chemical composition and the measurable tonal qualities of the Stradivarius, enabling them to finally duplicate these beloved Renaissance instruments.

O artigo: What Makes the Stradivarius Special? It Was Designed to Sound Like a Female Soprano Voice, With Notes Sounding Like Vowels, Says Researcher, foi publicado em: Open Culture

The post: What Makes the Stradivarius Special? It Was Designed to Sound Like a Female Soprano Voice, With Notes Sounding Like Vowels, Says Researcher, was published at: Open Culture

No Thoughts on What Makes the Stradivarius Special? It Was Designed to Sound Like a Female Soprano Voice (…) – @Open Culture #stradivarius0 (0)