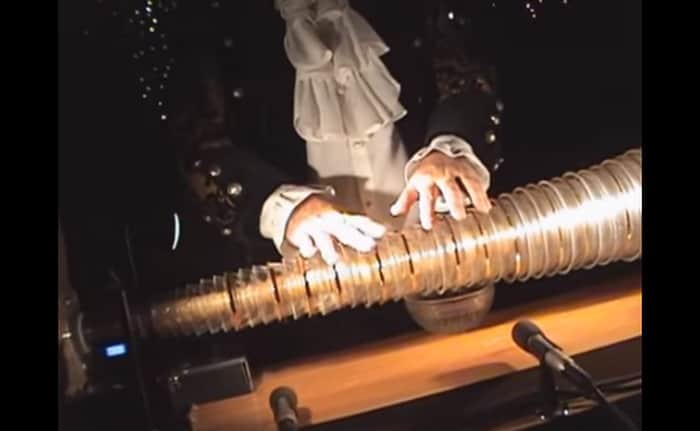 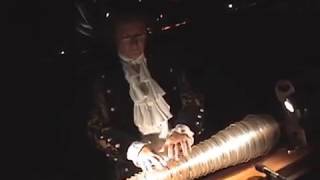 Must we ever see another portly, bespectacled re-enactor dragging a kite with key attached to represent the ingenuity of rakish founding father and avatar of cash wealth, Benjamin Franklin? Why, when he invented so many wondrous things—including those bifocal specs—should we only memorialize him for this silly (but very scientific) stunt? Though it may be a true story, unlike Washington and his cherry tree, the familiarity of the image breeds a certain indifference to the man behind it. I’m not suggesting that we remember him for, say, his invention of the catheter, though that’s quite a useful thing. Or for his invention, according to How Stuff Works, of “American Celebrity”—surely no friend to humanity these two hundred-plus years hence.

But maybe swim fins, eh? That’s a pretty neat invention. Imagine your fifth-grader in bald cap and ruffled shirt, plodding across the school stage in a pair of flippers. Or maybe the odometer? Or those reachy, grabby things at the grocery store that pull items down from high shelves? Boring. How about the Glass Armonica? The what? The glass armonica, I say, or—as Franklin originally called it—the “glassychord.” What is it? Well, Franklin, inspired by a concert by Royal Academy colleague Edmund Delaval on a set of water tuned wineglasses, decided to improve upon the instrument. An amateur musician himself, writes William Zeitler as Glassarmonica.com, Franklin left the concert “determined to invent and build ‘a more convenient’ arrangement.”

Thus, after two years of experimentation, “Franklin debuted his glass armonica,” which How Stuff Works describes as “a collection of different-sized glass bowls arranged on a rotating shaft. By spinning the shaft with a foot pedal and running wetted fingers over the rotating bowls, Franklin found he could coax out chords and melodies that Delaval could only dream of.” You needn’t use your imagination. Just watch the video above to see a Franklin re-enactor play a beauteous rendition of Tchaikovsky’s “Dance of the Sugar Plum Fairy” on a glass armonica. Lovely, no? Surely we wouldn’t expect children to pull this off in the school play, but they could mime along to a recording. (Don’t start yelling about revisionist history just yet. We can still tell the kite and key story, too. Just watch these adorable children tell it in this video.) 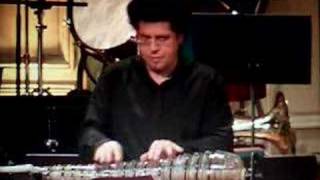 Franklin premiered the invention in 1762, though he didn’t play it himself but enlisted London musician Marianne Davis. It was an instant hit, “particularly in Germany,” Zeitler writes, where “Mozart was introduced to it by Dr. Franz Mesmer, who used it to ‘mesmerize’ his patients, and later Mozart wrote two works for it (a solo armonica piece, and a larger quintet for armonica, flute, oboe, viola and cello).” Above, hear Mozart’s Rondo for Glass Armonica and Quartet, performed by Thomas Bloch. Impressed? It gets better: “Beethoven also wrote a little piece for armonica and narrator (!), and many of their colleagues of the day composed for it as well—some 200 pieces for armonica… survive from that era.”

What happened? Tastes changed, put simply, and the glass armonica fell out of fashion. That, and the lack of amplification meant it was drowned out in increasingly larger ensembles. I propose we bring it back, maybe in a hip Ben Franklin Broadway musical. Who’s with me?

Learn much more about this fascinating instrument, and see several more video demonstrations, at Glassarmonica.com.

The post: The Instrument Benjamin Franklin Invented, the Glass Armonica, Plays Tchaikovsky’s “Dance of the Sugar Plum Fairy”, was published at: Open Culture