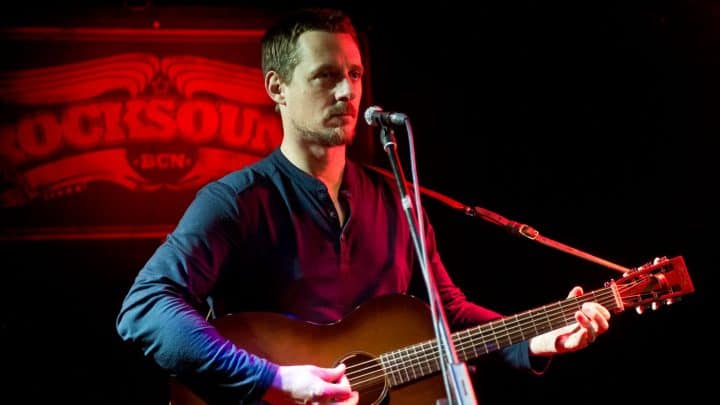 A former Navy recruit who spent his late teens at sea, Sturgill Simpson steers his own ship with the upcoming A Sailor’s Guide to Earth, a self-produced album due April 15th that finds him fronting the band and manning the soundboard. He still tips his hat to his influences too, working a cover of Nirvana’s “In Bloom” into a tracklist that stretches his sound far beyond the psychedelic country of 2014’s Metamodern Sounds in Country Music.

Simpson was halfway through high school when Kurt Cobain — whose songs of struggle and self-doubt made him the reluctant spokesperson for an entire generation of misfits and melancholics — committed suicide in 1994. His music left a lasting impression on Simpson, a Kentucky kid whose own record collection transcended his Bible Belt upbringing.

Released two decades later, A Sailor’s Guide to Earth shows off the full range of Simpson’s tastes, mixing his countrified bark with Motown horns, Sly Stone-worthy funk, Walt Disney strings and Seventies classic rock. First single “Brace for Impact (Live a Little)” is funky mix of electric piano and organ. The album also takes a unique approach to “In Bloom,” working blasts of brass and swooning pedal steel into a song originally built on peals of distorted guitar. Simpson brought a similarly unique approach to his 2014 cover of When in Rome’s “The Promise,” on Metamodern.

After taking a break from the road to spend time with his wife and 20 month-old son, Simpson will hit the highway again this spring, bringing along a beefed-up band to help resurrect the sounds of Sailor.

Here’s the track list to Simpson’s A Sailor’s Guide to Earth, followed by his spring tour dates.
1. Welcome to Earth (Pollywog)
2. Breakers Roar
3. Keep It Between the Lines
4. Sea Stories
5. In Bloom
6. Brace for Impact (Live a Little)
7. All Around You
8. Oh Sarah
9. Call to Arms