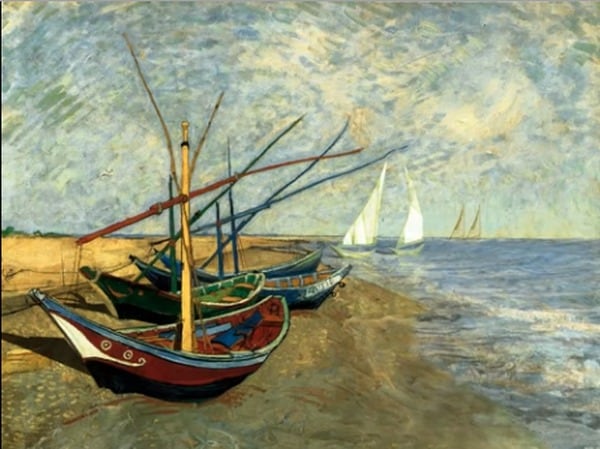 Earlier this month, we told you how you can download hundreds of Van Gogh paintings in high resolution, courtesy of the Van Gogh Museum in Amsterdam. Now, the question is, what will you do with those images? You’re a little tech savvy? Maybe make yourself a nice screensaver. You’ve got some more serious tech chops? Even better. You can put those Van Gogh images in motion. Last year, Mac Cauley animated Van Gogh’s 1888 painting, “The Night Cafe,” using Oculus virtual reality Software. It’s a sight to behold. And above, we have 3D animations of thirteen Van Gogh paintings, all created by Luca Agnani, an Italian artist who specializes in visual mapping and design projections.

Agnani’s animations are painstaking and precise. Explaining the precision of his method, he told the The Creators Project, “To calculate the exact shadows, I tried to understand the position of the sun relative to Arles at different times of the day.” And he added: “If the video [above] was projected over [Van Gogh’s] paintings, my interpretations would superimpose perfectly, like a mapping of a framework.” To create similar animations you will want to get comfortable using software packages like Premiere and 3D Studio Max.
The Van Gogh paintings appearing in the video are as follows:
1. Fishing Boats on the Beach at Saintes-Maries
2. Langlois Bridge at Arles, The
3. Farmhouse in Provence
4. White House at Night, The
5. Still Life
6. Evening The Watch (after Millet)
7. View of Saintes-Maries
8. Bedroom
9. Factories at Asnieres Seen
10. White House at Night, The
11. Restaurant
12. First Steps (after Millet)
13. Self-Portrait
h/t Kim L.