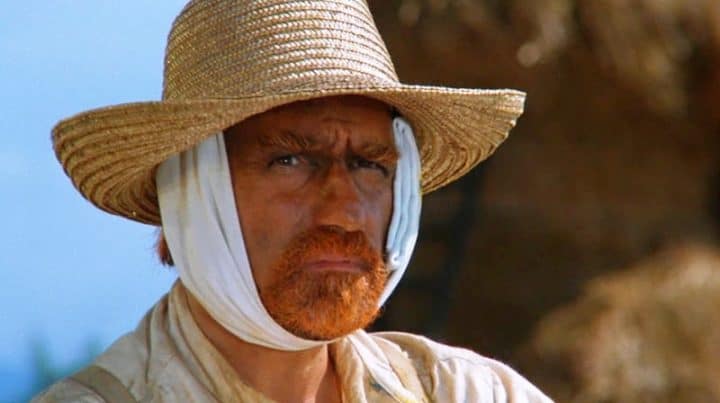 The idea of the auteur director has been a controversial one at times given the sheer number of people required at every stage to produce a film. But it hangs together for me when you look at the films of say, Martin Scorsese or Akira Kurosawa, both directors with very distinctive visual languages and ways of moving the camera. Granted, neither director would be who he is without their crack teams of actors, writers, composers, cinematographers, etc. But it is part of their genius to consistently pull those teams together to realize visions that none of the individuals involved could fully see on their own. Though the final product may be the result of millions of dollars and thousands of hours of work by hundreds of people, the films of an auteur take shape foremost in the directors’ mind’s eye (and paintings andstoryboards) rather than the writer’s script or producer’s conference room.

These directors are driven, like painters, to realize their visions, and in Kurosawa’s case, that drive lasted right up until the end of his life. (It was his wish to die on set, though an accident that left him unable to walk and put an end to his directing career three years before the end of his life.) A painter himself, his films have always been colorful and painterly, and his final few projects were intensely so. One of those last films, 1990’s Dreams, the first of his films for which he alone wrote the screenplay, not only originated fully in Kurosawa’s mind, but in his unconscious. A departure from his typically epic narratives, the film follows various Kurosawa surrogates through eight vignettes, based on eight recurring dreams, each one unfolding with a surreal logic all of its own. In the fifth short episode, “Crows,” Kurosawa casts Scorsese, his fellow auteur and his equal as a visual stylist, as Vincent Van Gogh.

The camera begins in a gallery, moving restlessly before several Van Gogh paintings and behind an art student—identifiable as a Kurosawa stand-in by the floppy white hat he puts on in the next scene, when he wanders into the French countryside of the paintings. The fields, bridge, and barns are rendered in Van Gogh’s brilliant colors and skewed lines—and the student journeys further in to meet the artist himself: Scorsese in red beard and bandaged ear. This is the only episode in the film not in Japanese; the student speaks French to a group of women, and Van Gogh speaks Scorsese’s New York-accented English, giving a lesson on “natural beauty” (the video above adds Spanish subtitles). It is not the most convincing performance from Scorsese, but that hardly seems to be the point. This is not so much Scorsese as Van Gogh, but rather Van Gogh as Scorsese, and Kurosawa dreams himself as a younger acolyte of his American counterpart.

“Crows,” writes Vincent Canby, is the “least characteristic segment ” of Dreams—the others manifest much more familiar, more Japanese, scenes and themes. But it is for that reason that “Crows” is perhaps the most revealing of Kurosawa’s statements on his status as an auteur and his relationship with his peers. He approaches Van Gogh/Scorsese not as a rival or even an equal, but as a student, filled with questions and a desire to understand the artist’s methods and motives. The short segment speaks to the way Kurosawa eagerly learned much from Western artists even as he mastered his own cinematic language with distinctly Japanese stories. In this way, he manifested yet another quality of the auteur: a truly international approach to film that transcends barriers of language and culture.