MonkeyBird in Le Locle, in Switzerland

MonkeyBird just sent us a series of images from their latest artwork that was created on the streets of Le Locle in Switzerland.

Entitled “La Cité De La Précision”, the French artists brought to life an ultra-detailed artwork which will leave the viewers in pure awe.

MonkeyBird is made up of two talented artists from Bordeaux, Temor and Blow the Bird (or The Blow).

Inspired by geometry, mechanics, cosmology and astronomy, they develop their work by using many types of mediums, illumination and calligraphy. Moreover, they have the obsession of including an animal presence on walls of cities. These animals, aren’t very different from the famous children fables, and playfully sends us back to our human preoccupations, midway between freedom of desire and elevation (symbolized by Bird) and the material/corporal obsessions, from which man can’t cut loose. 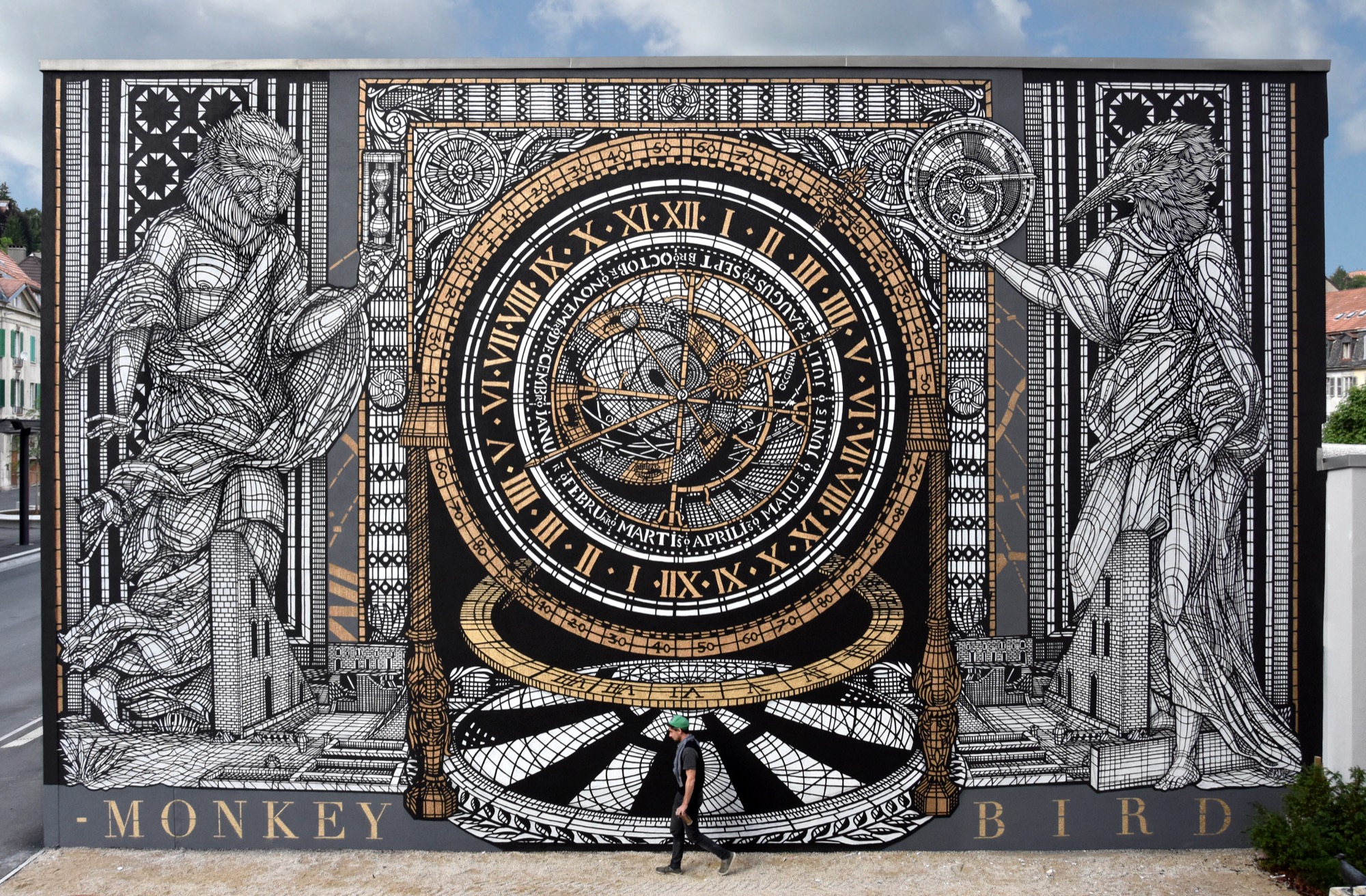 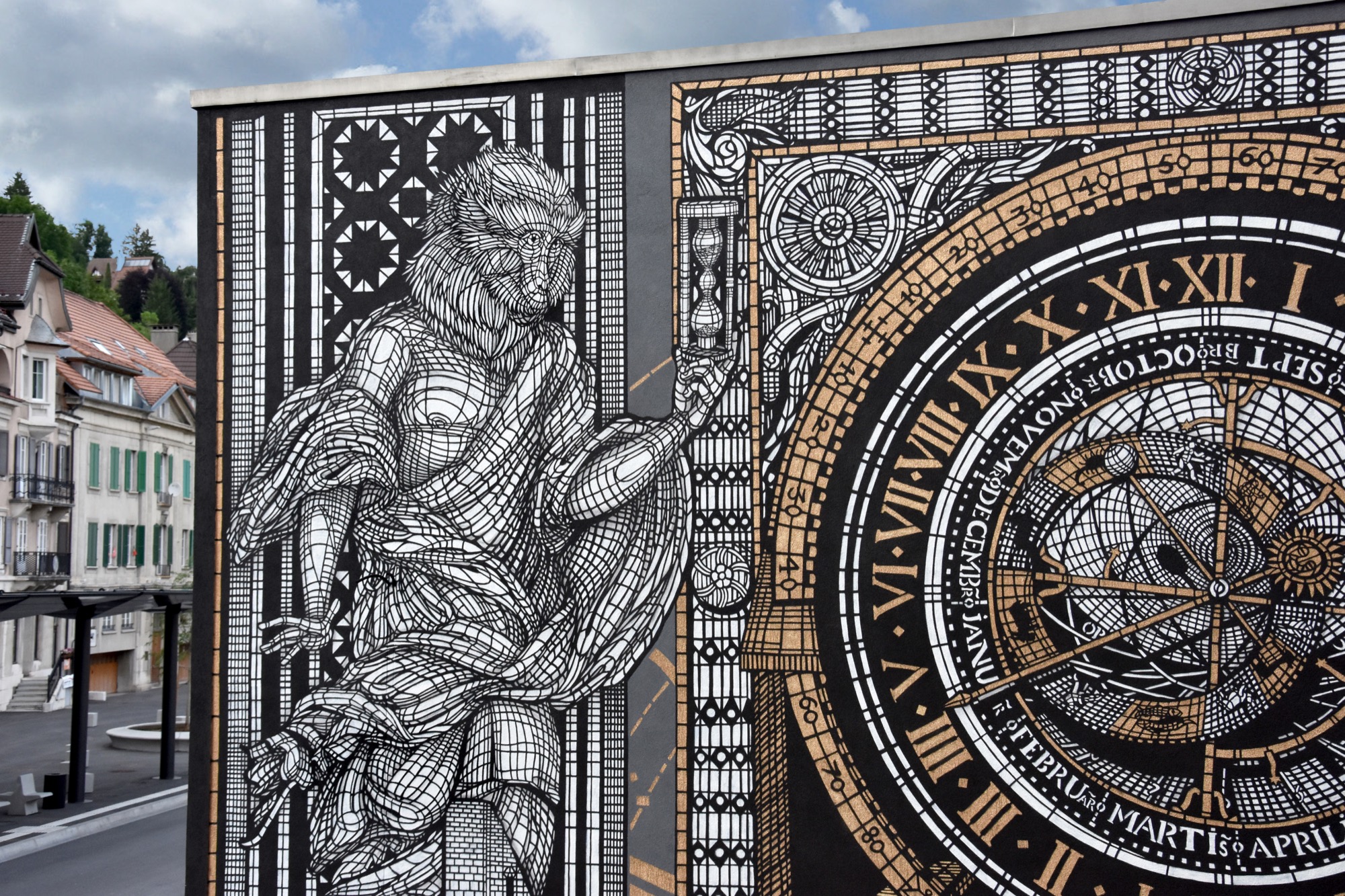 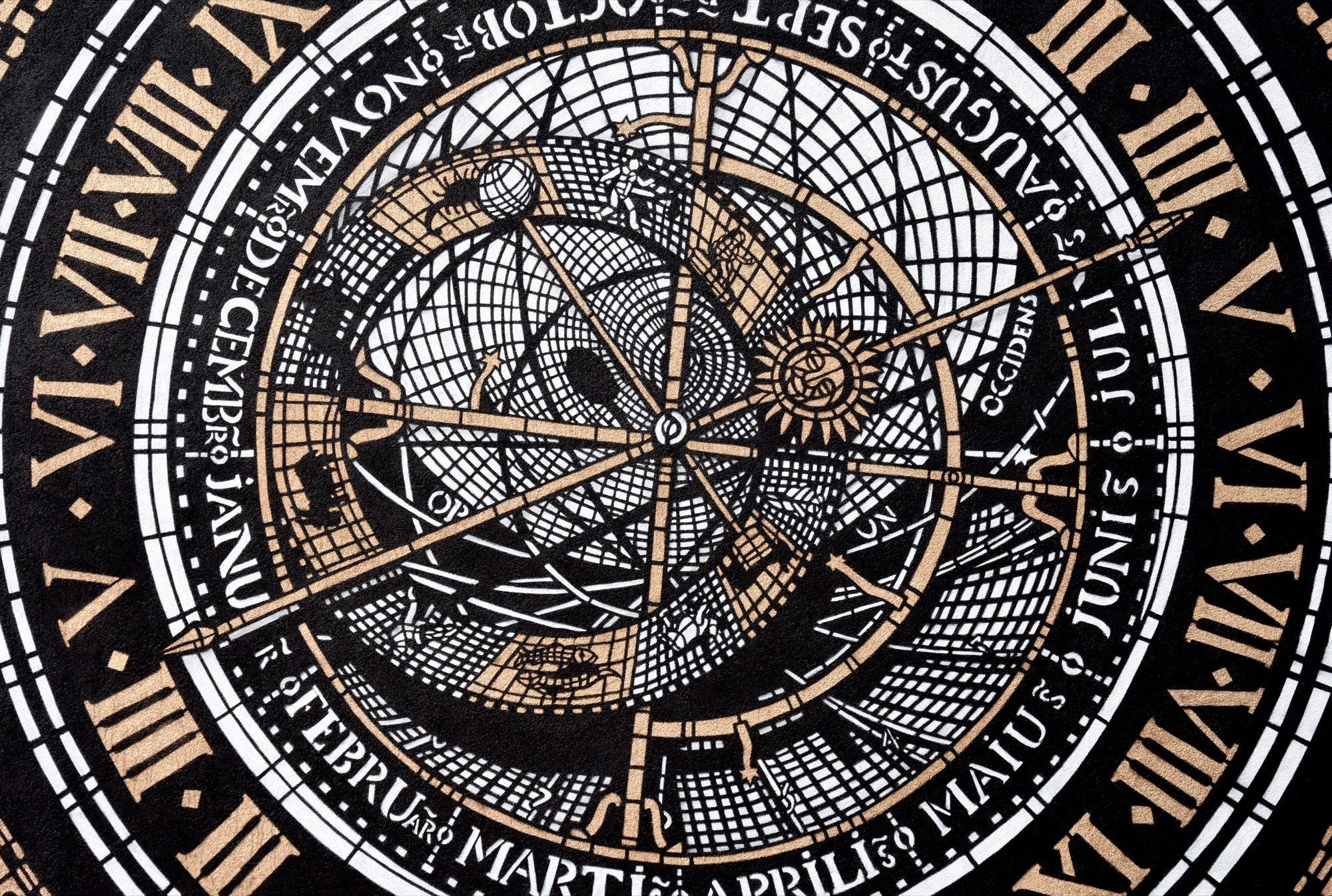 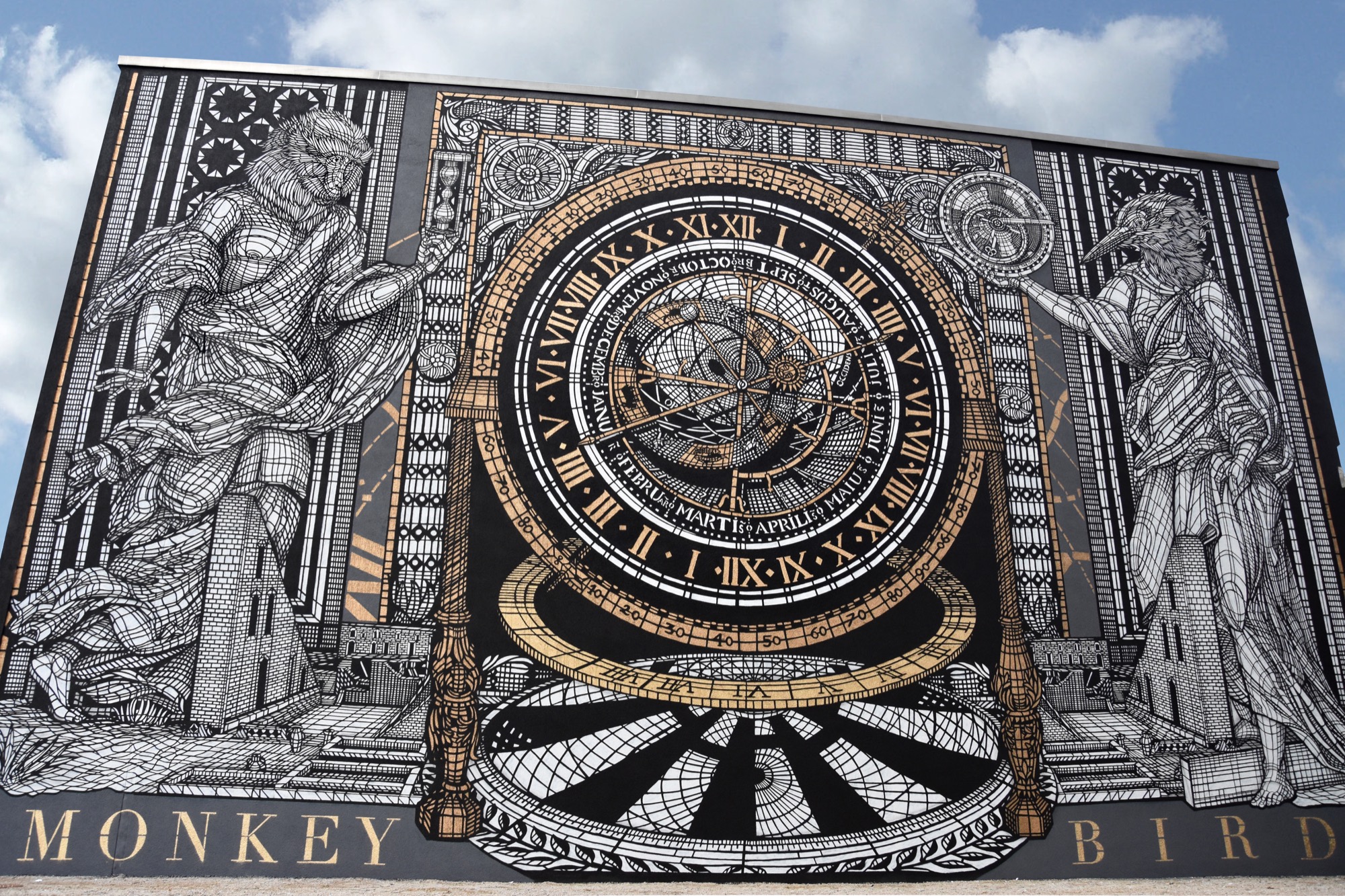 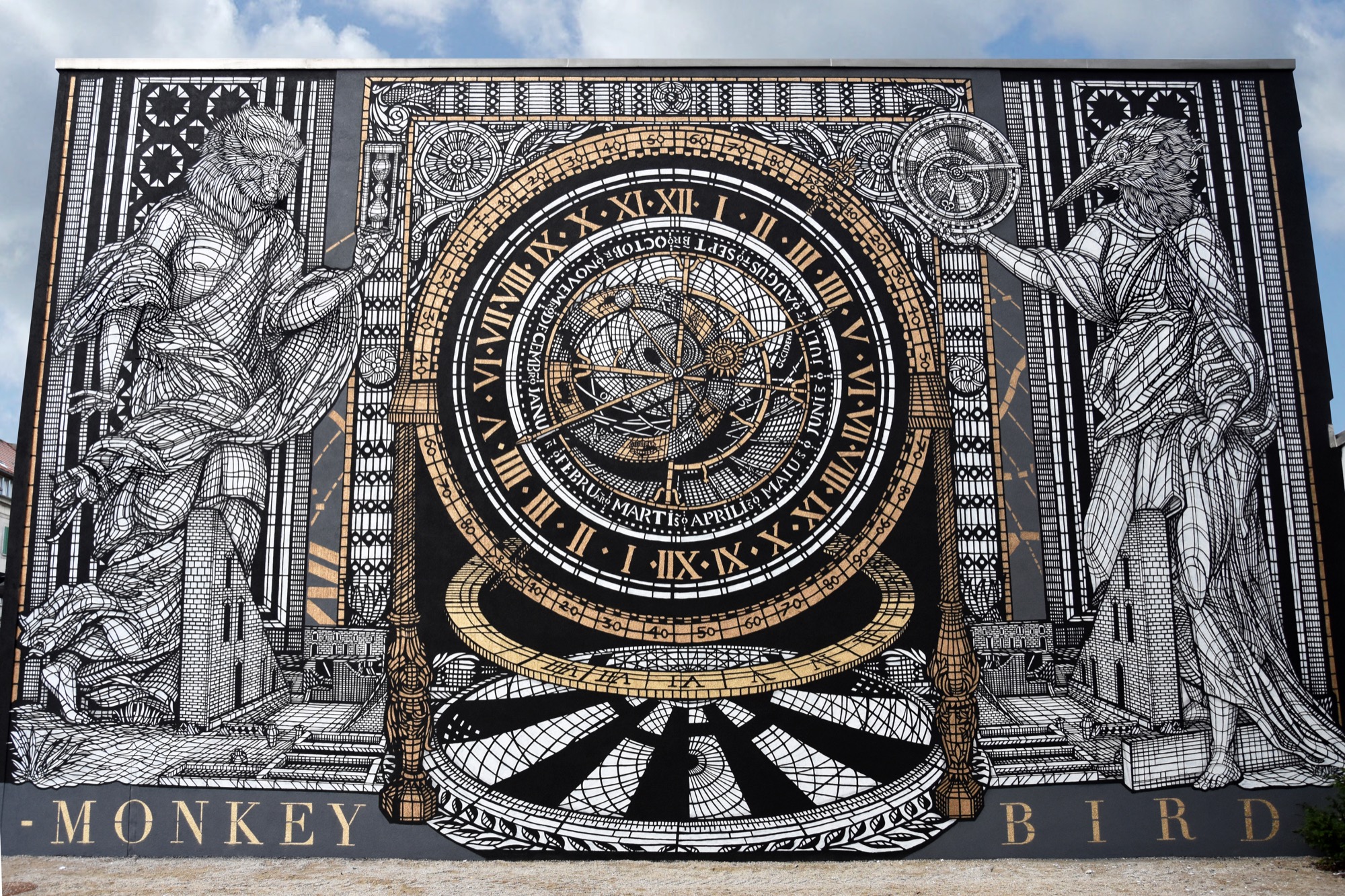 The post MonkeyBird in Le Locle, in Switzerland appeared first on StreetArtNews.