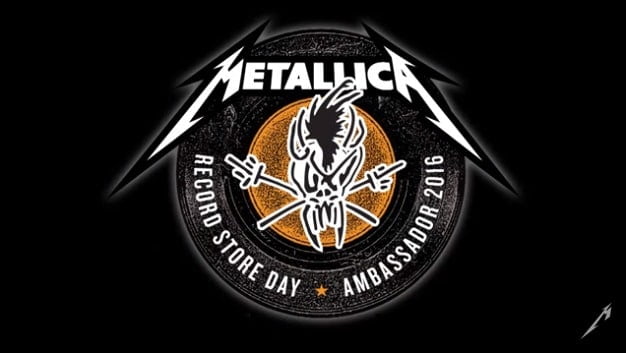 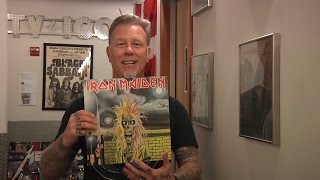 Metallica are serving as Record Store Day ambassadors for 2016, marking the second time the group has received the honor. The thrash kings have been ardent supporters of the commemorative day and now James Hetfield and Robert Trujillo have shared why the vinyl format means so much to them in two separate videos.

Above, Hetfield shares memories from his early days of visiting record stores. He recalls the first piece of vinyl he ever purchased was a seven-inch single of Lynyrd Skynyrd‘s “Sweet Home Alabama” from a mom and pop shop called K Music. He then reaches off camera and pulls Iron Maiden‘s debut record back into the frame, stating he made the purchase solely because of the artwork. The frontman said he hadn’t even heard of the band prior to picking up the album, but “I’m glad I did because [they were] a big inspiration for me in the early days.”

Perhaps the most exciting of all, Hetfield reflects on seeing Metallica’s first album, Kill ‘Em All, packaged and sealed in the bin at a record store when it came out. At the tail of the video, he calls on metalheads to support Record Store Day and to find a local record shop, hang out with fellow fans and make conversation.

In the video below, Robert Trujillo shares some items from his personal vinyl collection. The bassist discusses albums like Santana’s Abraxas, asking his son Tye if he remembers the song “Black Magic Woman.” He goes on to talk about Bootsy Collins and shares a memory with Tye about a dance competition he was involved in with his friends while listening to Collins. Trujillo goes on to quiz his son about where bands are from and his favoriteBlack Sabbath track while showing off his copy of the band’s first album.

Metallica will be doing a special in-store performance at Rasputin Music in Berkley, Calif. at 4PM tomorrow (April 16) in honor of Record Store Day. For those in attendance, it’s sure to be a memorable event and the band will be extending the opportunity for all fans to see the show. A e livstream will be made available at the Metallica Facebook page. 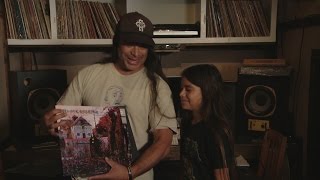