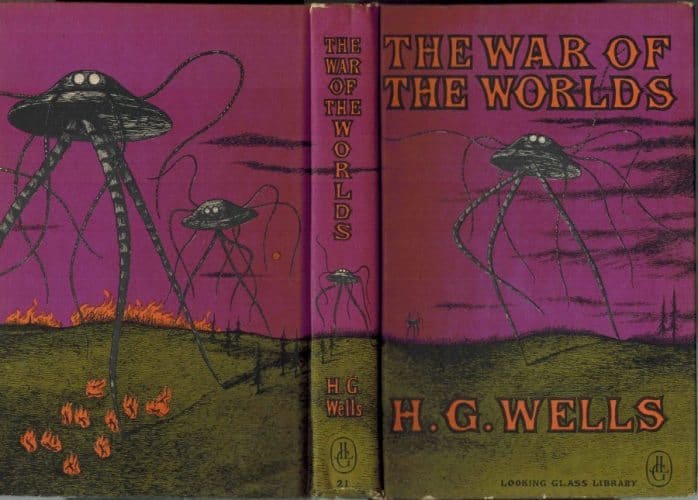 Edward Gorey Illustrates H.G. Wells’ The War of the Worlds in His Inimitable Gothic Style (1960)0 (0)

The story of malicious space aliens invading Earth has a resonance that knows no national boundaries. In fact, many modern versions make explicit the moral that only fighting off an existential threat from another planet could unify the inherently fractious human species. H.G. Wells’ 1898 novel The War of the Worlds, in many ways the archetypal telling of the space-invaders tale, certainly proved compelling on both sides of the pond: though set in Wells’ homeland of England, it made a lasting impact on American culture when Orson Welles produced a thoroughly localized version for radio, his infamous War of the Worlds Halloween 1938 broadcast. (Listen to it here.) 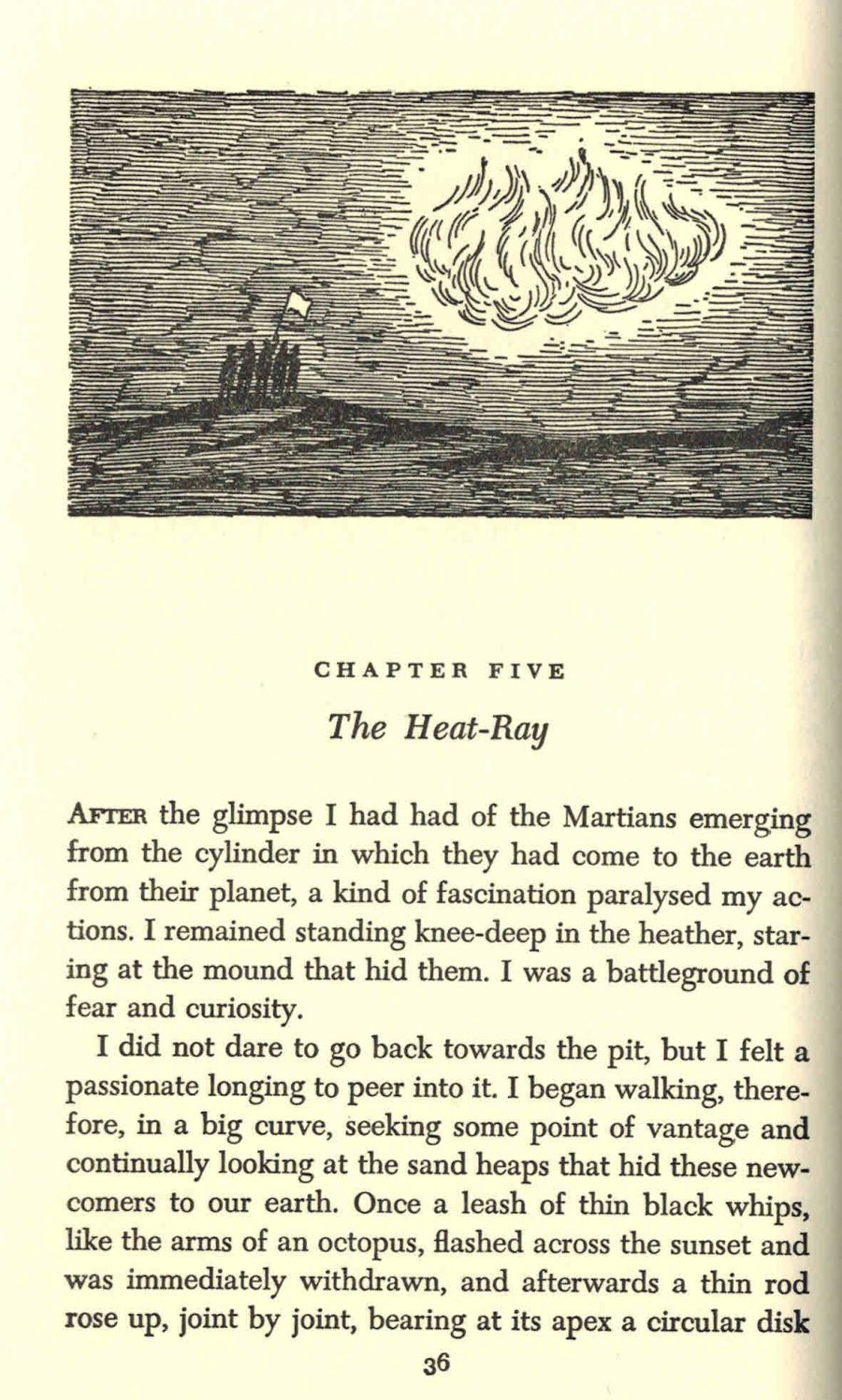 And so who better to illustrate a mid-2oth-century edition of the novel than Edward Gorey? He was born in and spent nearly all his life in America, but developed an artistic sensibility that struck its many appreciators as uncannily mid-Atlantic. His work continues to draw descriptions like “Victorian” and “gothic,” surely underscored by his association with the British literature-adapting television show Mystery!, for whose title sequences he drew characters and settings, and the young-adult gothic mystery novels of Anglophile author John Bellairs. The Gorey-illustrated War of the Worlds came out in 1960 from Looking Glass Library, featuring his drawings not just at the top of each chapter but on its wraparound cover as well. Though out of print, you can find old copies for sale online. 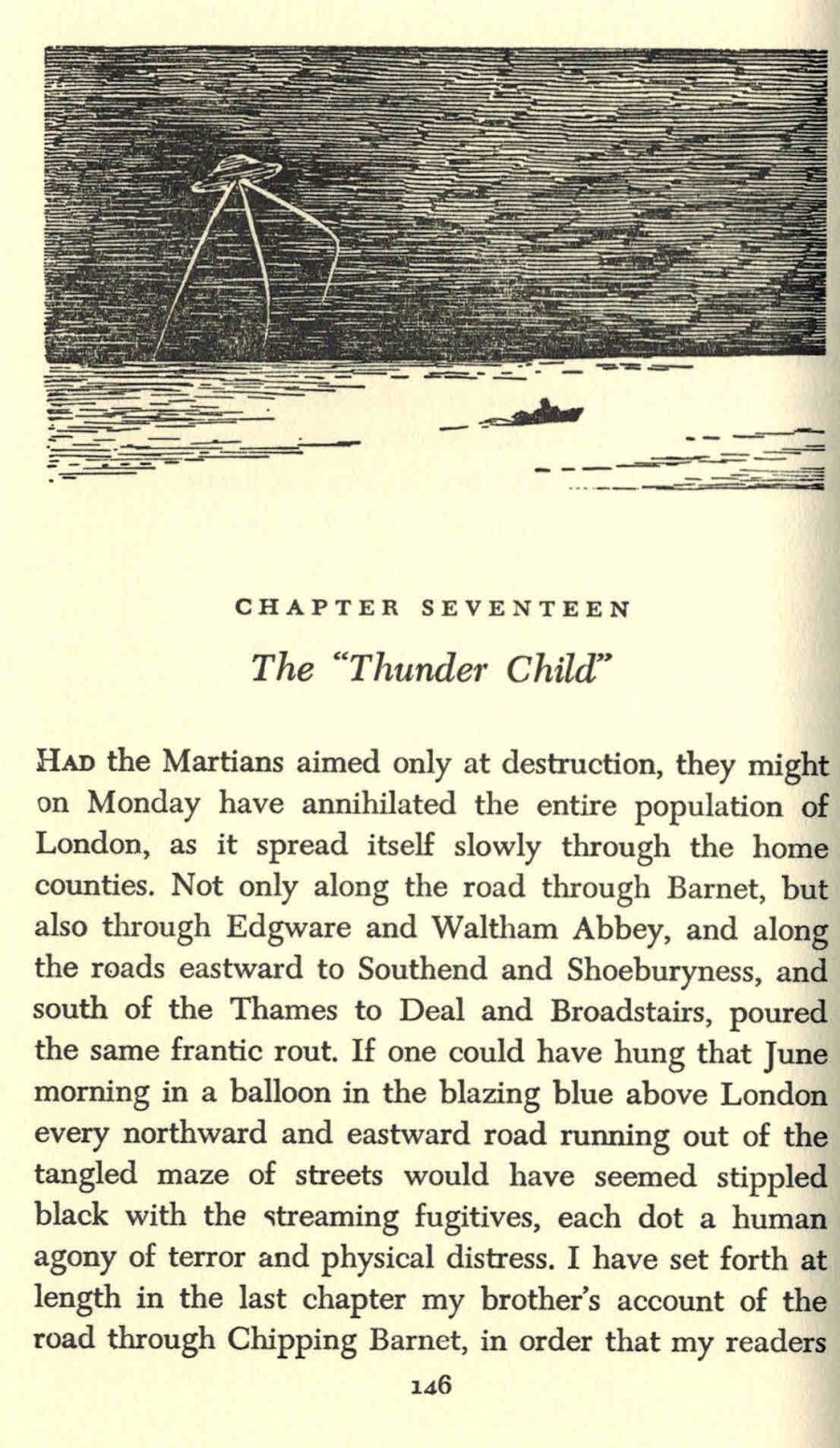 Gorey had begun his career in the early 1950s at the art department of publisher Doubleday Anchor, creating book covers and occasionally interior illustrations. In addition to Bellairs’ novels, he would also go on to put his artistic stamp on such literary classics as Bram Stoker’s Dracula and T.S. Eliot’s Old Possum’s Book of Practical Cats, bringing to each his signature combination of whimsy and dread in just the right proportions. Given the inherent ominousness and threat of The War of the Worlds, Gorey’s dark side comes to the fore as the story’s long-legged terrors arrive and wreak havoc on Earth, only to fall victim to common disease. 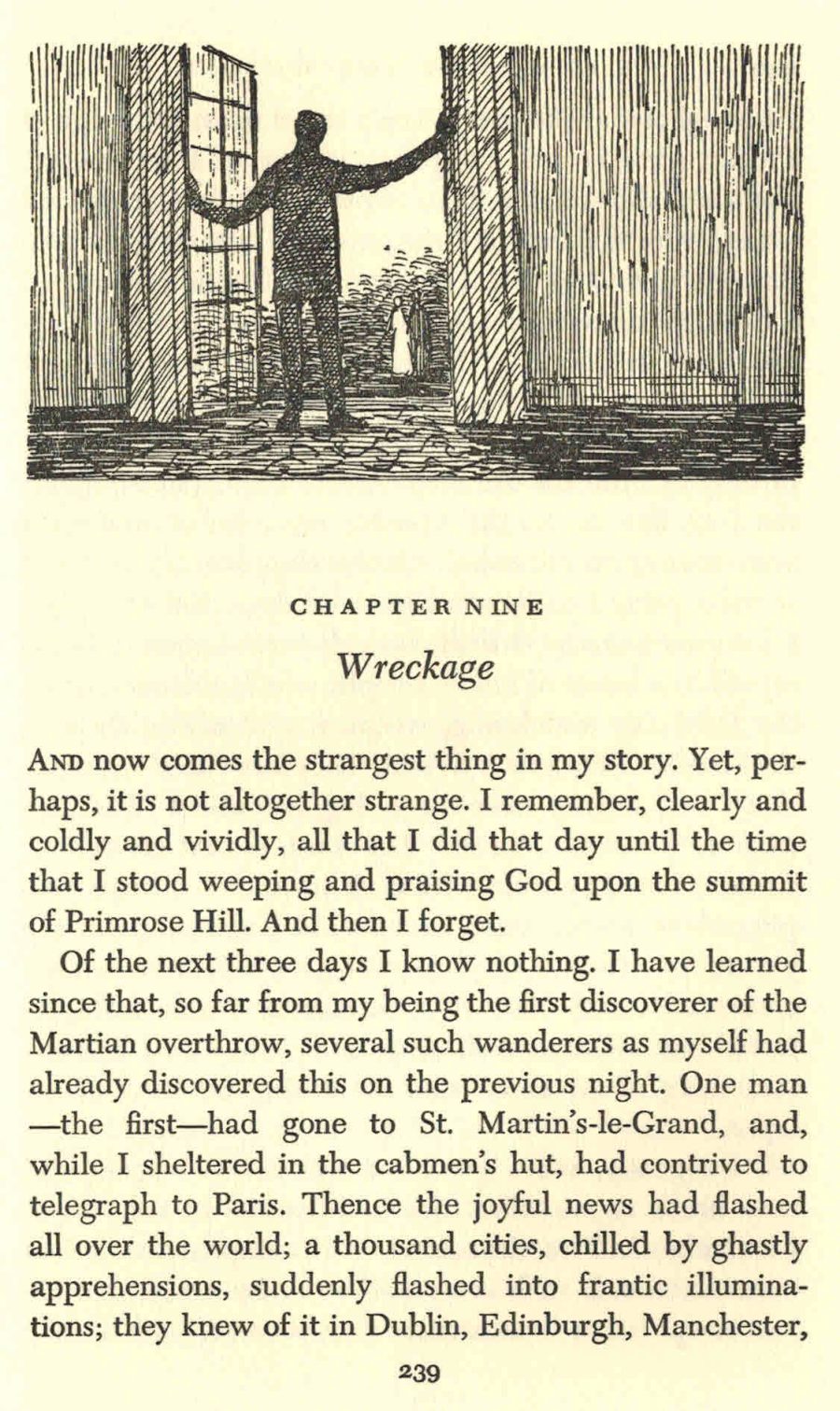 Gorey’s War of the Worlds illustrations also seem to draw some inspiration from the very first ones that accompanied the novel upon its initial publication as a Pearson’s Magazine serial in 1897. You can compare and contrast them by browsing the high-resolution scans of the out-of-print 1960 Looking Glass Library War of the Worlds at this online exhibition at Loyola University Chicago Digital Special Collections, in partnership with the Edward Gorey Charitable Trust. 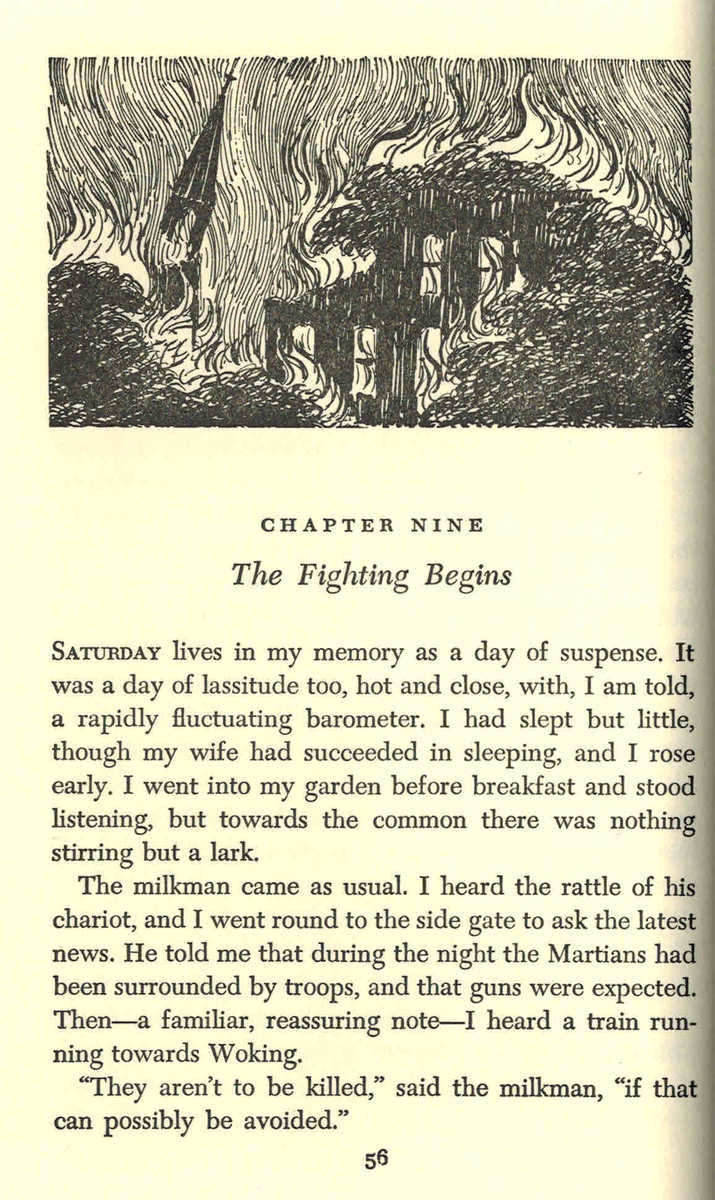 Though conceptually similar to the illustrations in Pearson‘s, drawn by an artist (usually of children’s books) named Warwick Goble, they don’t get into quite as much detail — but then, they don’t have to. To evoke a complex mixture of fascinated anticipation and creeping fear, Gorey never needed more than an old house, a huddle of silhouettes, or a pair of eyes glowing in the darkness.

No Thoughts on Edward Gorey Illustrates H.G. Wells’ The War of the Worlds in His Inimitable Gothic Style (1960)0 (0)