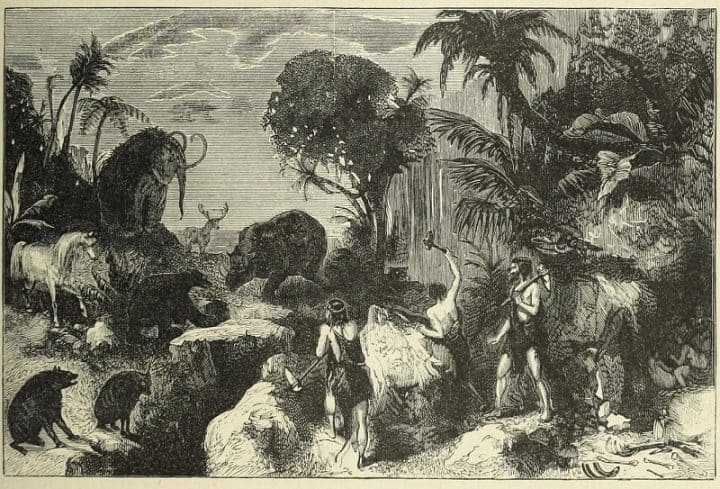 Characteristics of Prehistoric Music: An Introduction0 (0)

This article will attempt to stretch the musical timeline as far back as our current research allows and examine the findings relating to music from centuries before the Greeks and the Romans.

I am relying on the research of a number of scientists and a good degree of speculation to draw out some characteristics of the music from this time period. There are a not inconsiderable number of archaeologists who have made significant discoveries in this field and it is here where I will start.

To pinpoint a precise time when Man could have made his first musical sound is impossible. What we do know is that many of the instruments that have been unearthed have parallels throughout musical history, with clear links to instruments we use today.

This is all the more remarkable when you consider the time period we’re working with begins around 60,000 BC from which date come some of the oldest cave paintings. Scientists think that these paintings may have been man’s first attempts at Art and therefore very likely that at the same time, their first musical experiments. 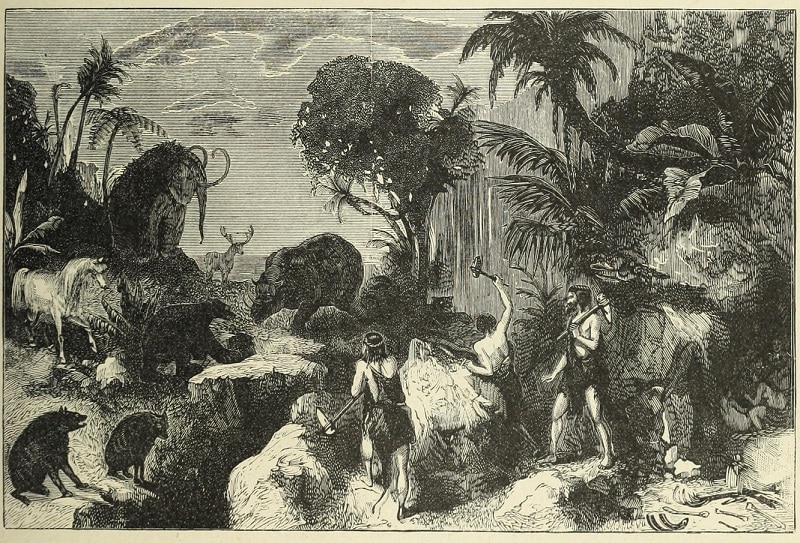 Most probably the human voice would have been where music began in humankind, perhaps as an expression of a strong emotion or simply to quiet a restless child: this, of course, is speculation. It is highly likely that alongside the use of voice prehistoric humans would have used their hands to clap and accompanying rhythm, or perhaps employed pieces of wood or stones to add drive and texture to the sound.

Music instruments found by archaeologists dating from the Palaeolithic period (50,000 -10,000 BC), ten towards simple flutes or whistles carved from animal bones or wood. These are thought to be amongst the earliest examples of prehistoric instruments. A more curious instrument is called the tjurunga, dating from around 25,000 BC.

This instrument is elliptical in shape carved from wood. Attached would have been a piece of string or gut. As the ellipse turns the sound it emits is close to a roar. It’s not out of the realms of the imagination to think how effective this would have been in a ritual to perhaps mark a successful hunt.

Other instruments that have been discovered include early versions of drums and shakers. Varieties of sticks or objects fashioned to hit other instruments also seem common to this period of history; many have been reconstructed to give us an idea of how they may have sounded.

Walter Majoli with his group called Art of Primitive Sound, have produced some recordings that aim to capture the spirit and sound of this ancient age. I will leave it up to you to decide how worthy these actually are.

The development of prehistoric music is in all probability linked directly to the development of language. This is not to claim that one substituted for the other but that they may have grown in tandem, both with their importance to social interaction within groups of early man.

Stephen Mithen in his book “The Singing Neanderthal”[1] makes an interesting connection between prehistoric music and the evolutionary move towards bipedalism, suggesting that the very rhythm of the music would have been influenced by this evolutionary advance. Alongside this our whole anatomy would have gradually changed and the effect of an upright Homo ergaster is likely to have changed our brain and our vocal tract enabling a greater variety of sounds and expressions.

Other reasons for the development of prehistoric music could also have been attributed to mating rituals. It may have been the case that men or women who could produce enticing sounds and rhythms, that other members of the group could not, would attract a greater variety of mates.

If this then became a biological advantage this, in turn, could have led to this trait or characteristic passing down through further generations of humans. Religion and primitive ceremonies to celebrate or appease the Gods were in all probability key to the way of life in pre-historic times, just as they are now.

Music may have been an increasingly dominant feature of these rites or rituals including the development of dance alongside the music. As the human brain evolved the music almost certainly did too, increasing in complexity and emotional content.

Their ideas for musical composition possibly included a mimicry of the sounds they heard in their natural environment. These natural sounds perhaps found their way into the ceremonies and practices of early man gradually evolving into established pieces that may have been repeated at specific times of the year. It may not be as far-fetched as it appears as Messiaen is one of the numerous composers to have included sounds from nature in his own original compositions.

At this extreme of musical history, we can perhaps gain a glimpse of the origins of the music and arts that we enjoy today across every culture in the world. The basic elements of musical constructions including, melody, rhythm, textures, timbres and even harmony can be traced back thousands of years to the first bipedal humans.

The inclusion of music into their lives was as important to them as it is to us now and has perhaps made a direct contribution to our mental and physical evolution too. Like the pulse that gives each of us life, it would appear that music has underpinned our lives from the very earliest emergence of Man like a basic and extremely human need.

No Thoughts on Characteristics of Prehistoric Music: An Introduction0 (0)