Telmo & Miel were in France, near Paris to paint a mural for ‘Street Art Avenue Grand Paris’. It’s a new project in the outskirts of Paris where the organizers try to create a urban art gallery, with murals located next to ‘Canal Saint-Denis’. This creates a special way to view the gallery; from the Canal in a boat, which is how they organized the tours this year as well. 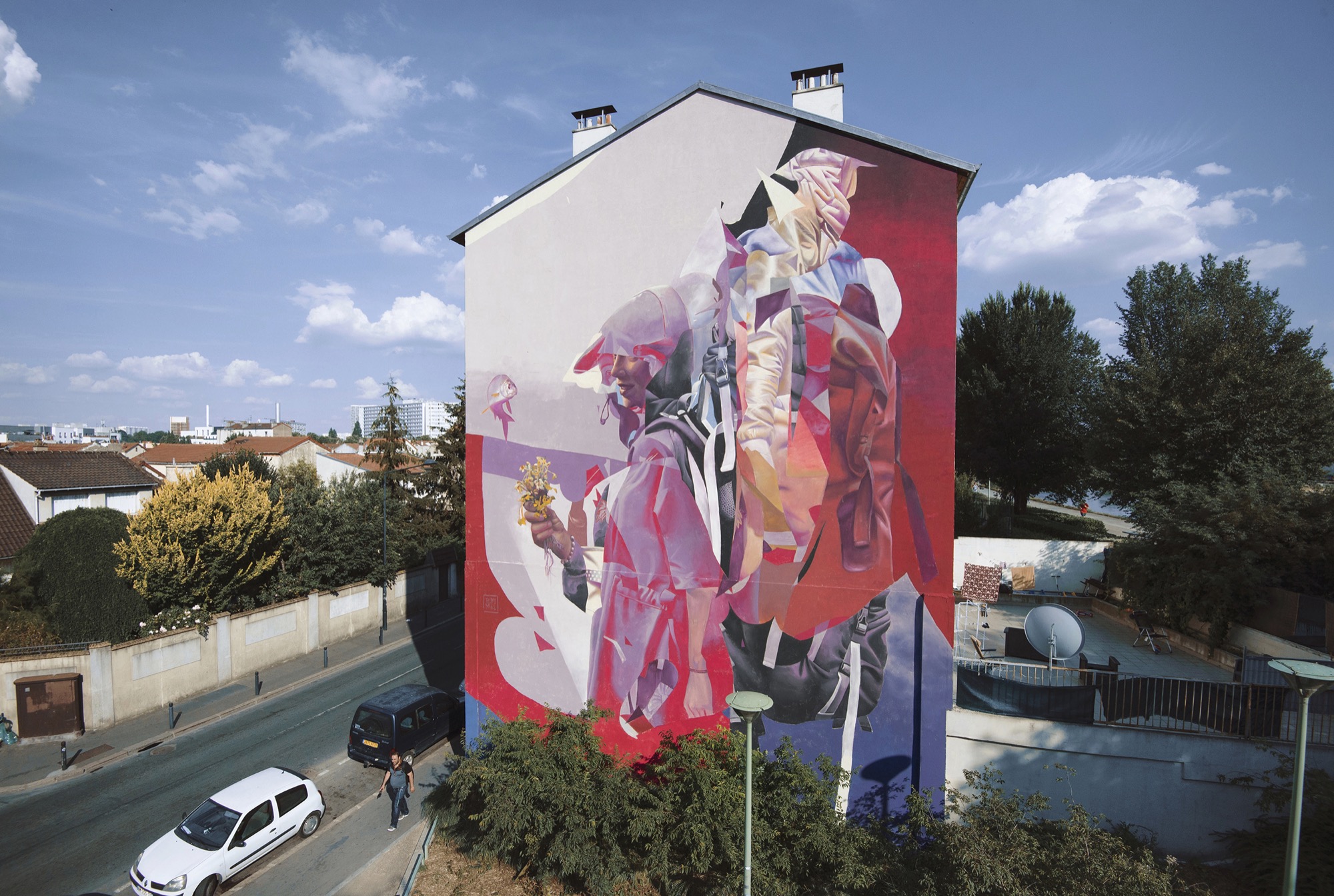 The duo was asked to paint something in their own style with a reference to ‘water’. And so they created a design with their collage-technique, creating an ‘abstractified’ portrait with recognizable parts that needed to be clear. The fish was one of those ‘clearer’ areas. Also the face of the woman holding wet flowers. She tries to offer the fish this gift with good intend, though the fish has no need or purpose for it.

Comparable to a street painter giving color to an area where the inhabitants usually didn’t even ask for it. Paintings they make aren’t loved by all, and some don’t see the need. This of course is understandable, it’s nothing more then logical. Though they still hope that with all the efforts they make to bring color in grey areas, even those people will eventually feel the positive influence that a bit of color has. 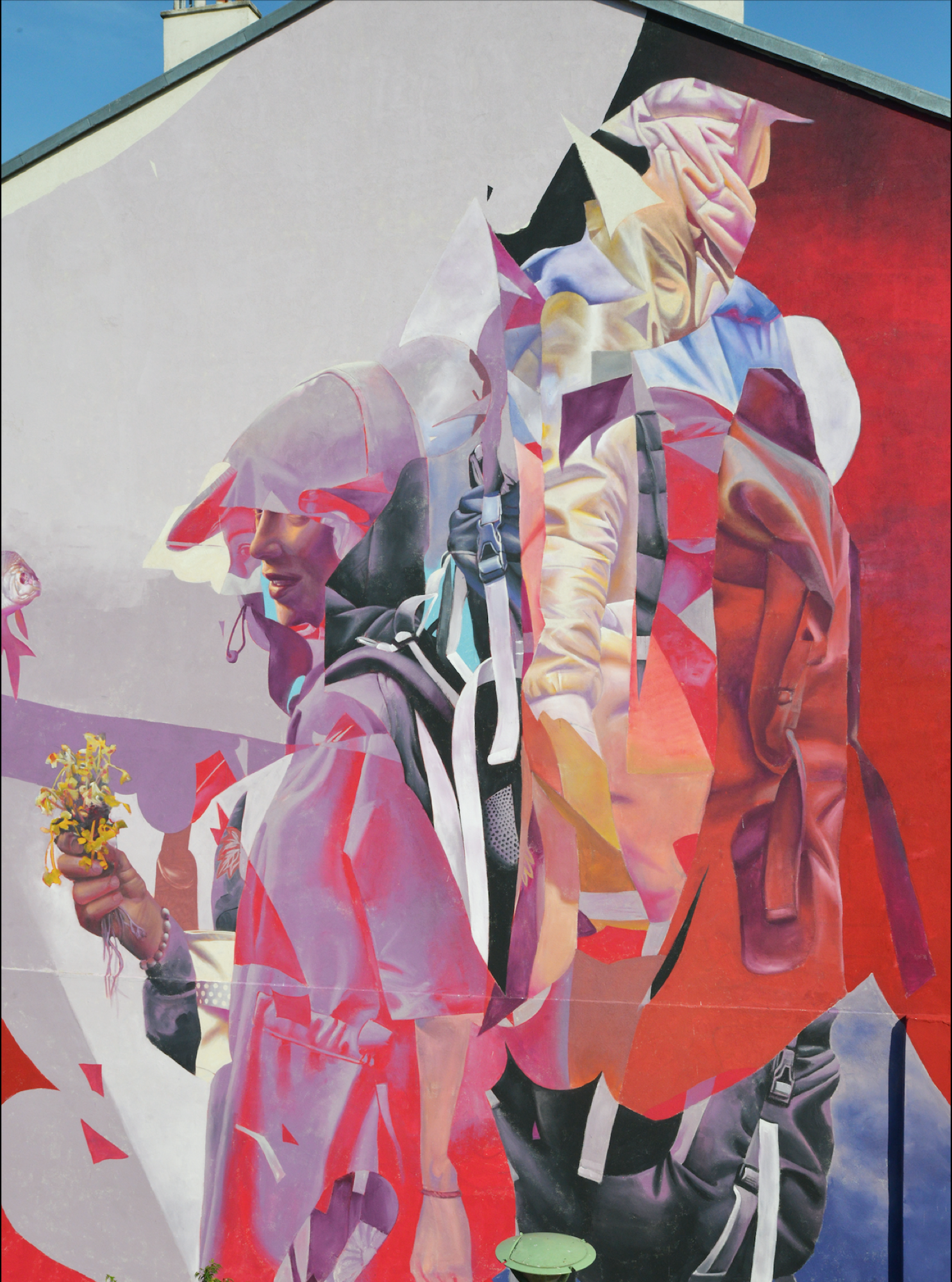 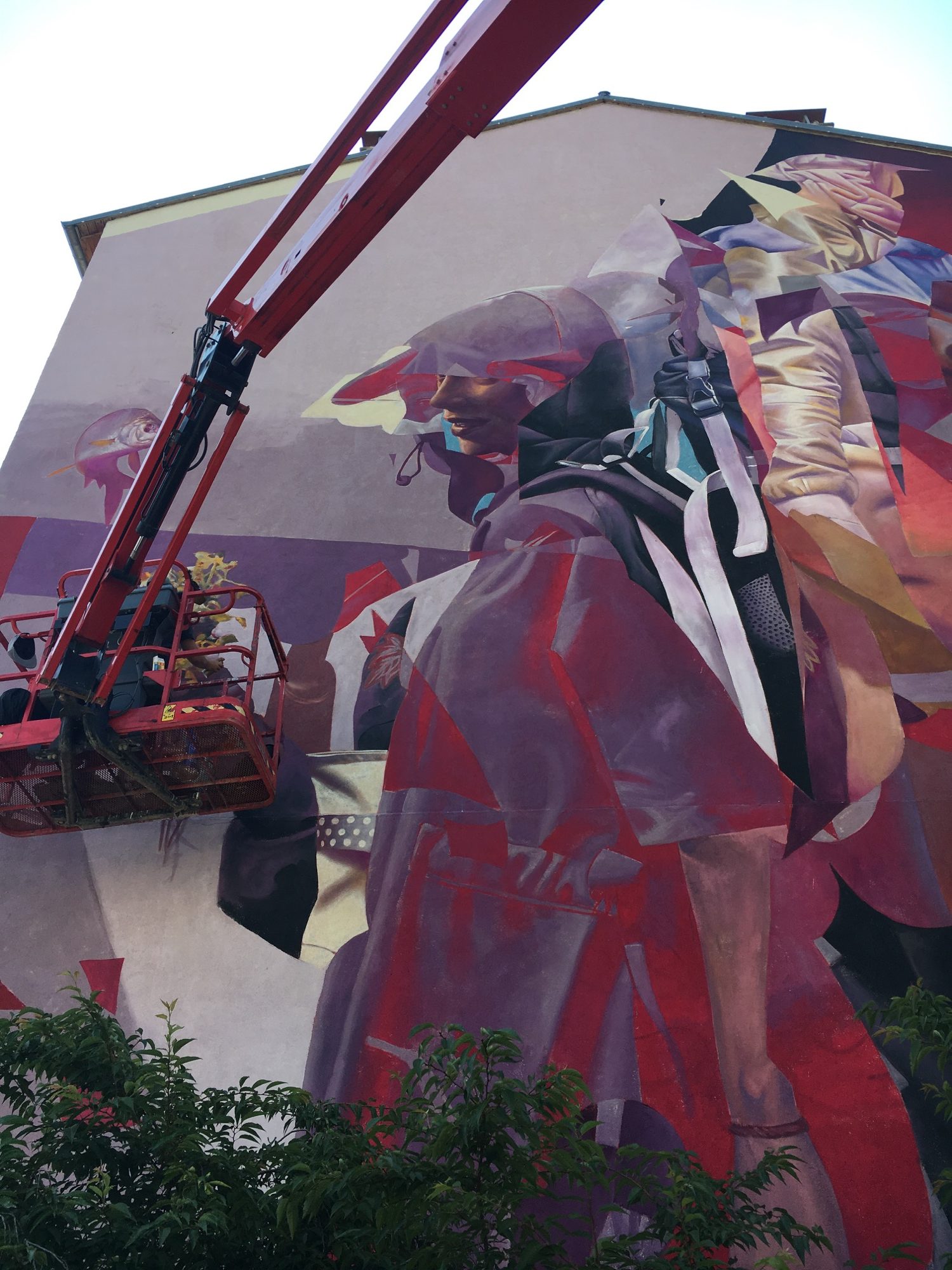 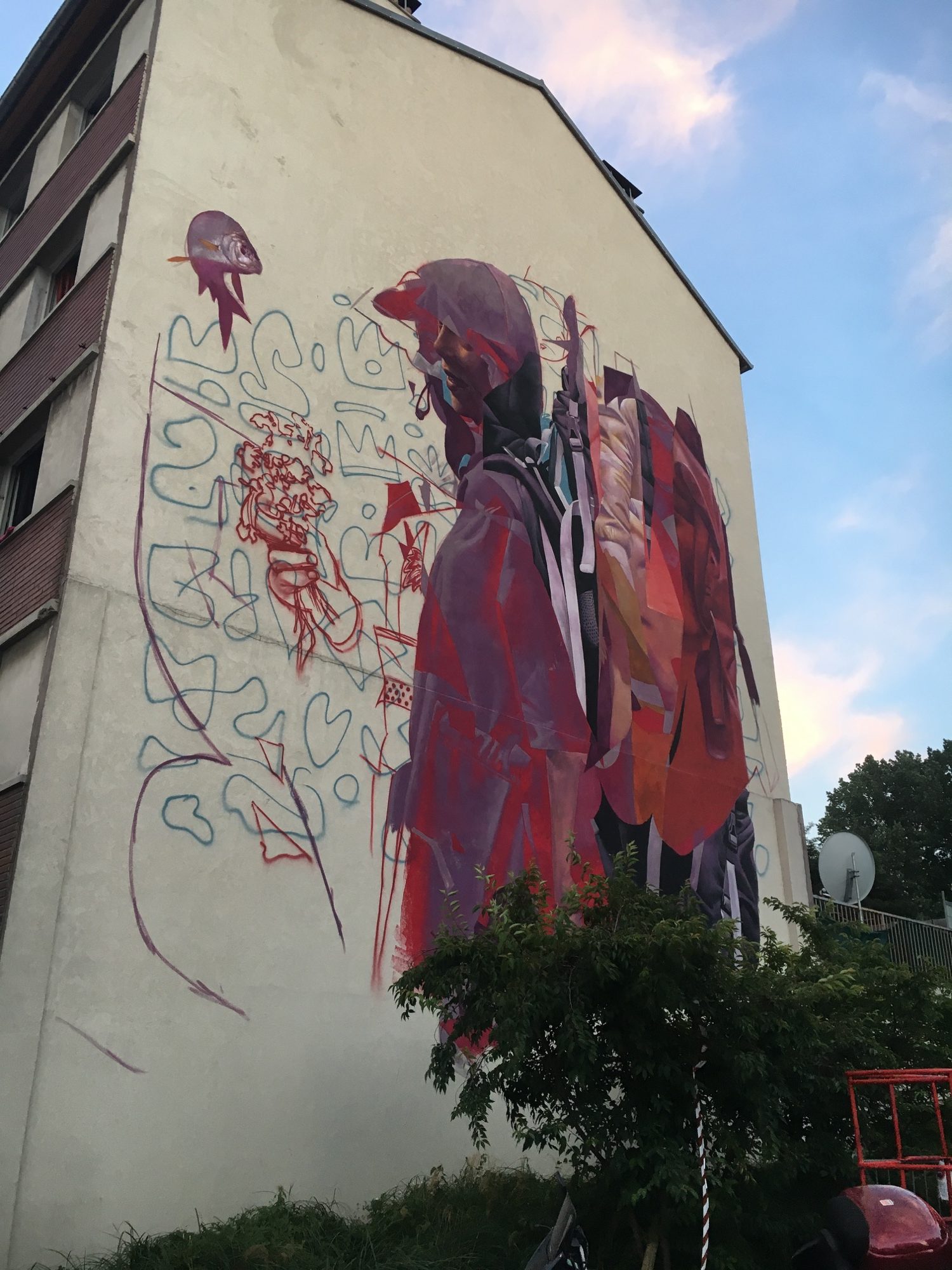 4 Principles of Designing with Indigenous Communities
0 (0)

No Thoughts on “Like giving flowers to a fish” by Telmo & Miel in Saint Denis, France
0 (0)