Just a few days ago DZIA and Bartkore wrapped up their collaborative mural next to a canal near the town called Bocholt in Belgium. Knowing each other from festivals and other jams over the years, this was the first time these two artists collaborated. Located under a bridge, a very impulse collaboration between the artists happened and the piece was completed in just 3 hours!

Our styles aren’t that compatible at first sight, but there is always a way to collide and I think we nailed it with this one. Also it’s always a pleasure to work with someone who paints fast and has his own style and world of characters/puppets to choose out.

It was stormy weather in Belgium so we had to find a wall protected against the hard wind. The spot is below a bridge next to the canal near the town Bocholt. I always try to find an animal that relates to his surroundings so it was an ideal place to create this giant colourful duck, and Bartkore added his humanistic puppet on top like it was riding it and he added some rubber ducks on the sides to suit the composition of the wall.

Check out more detailed pictures below and keep checking back with us for more updates from Belgium! 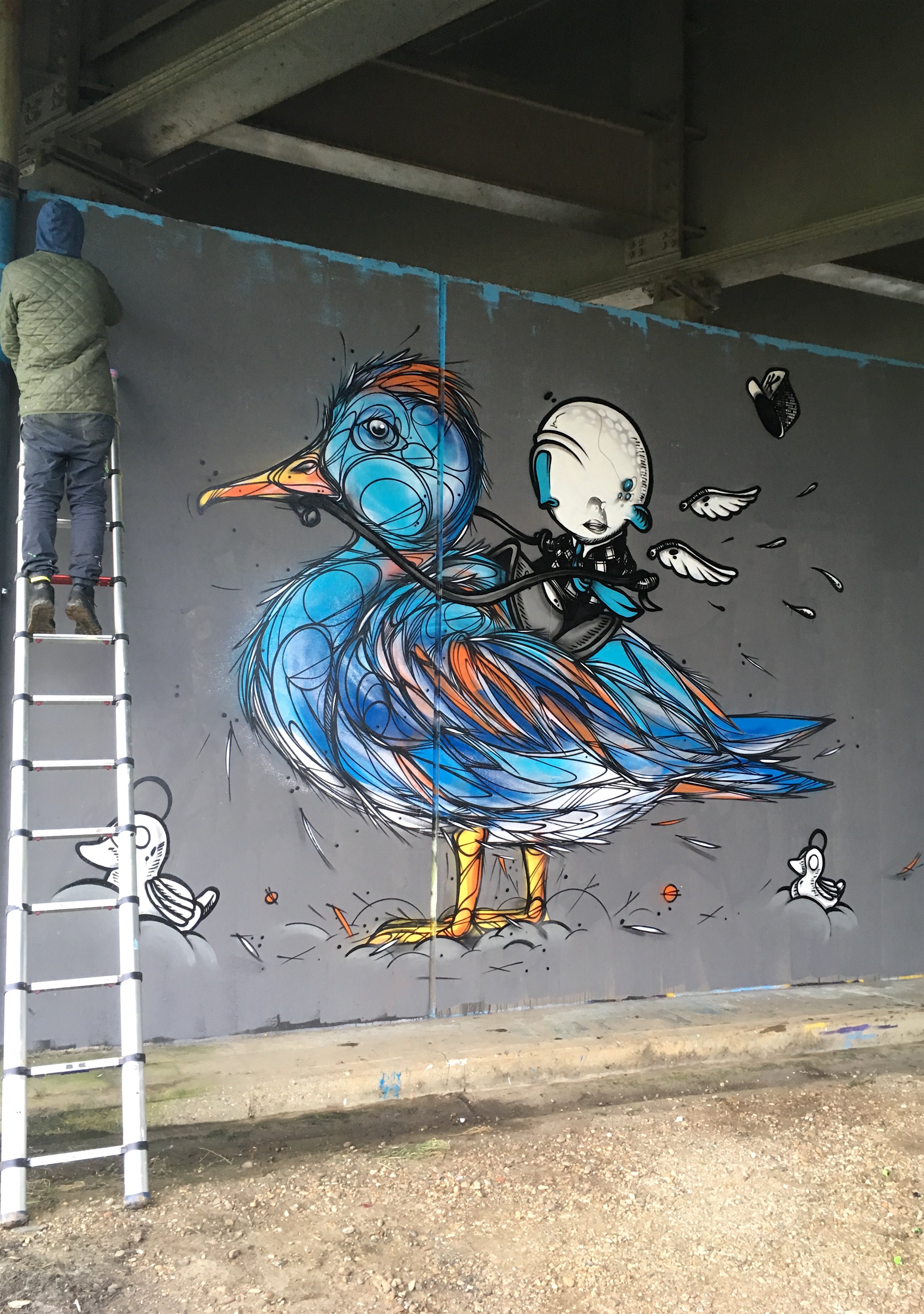 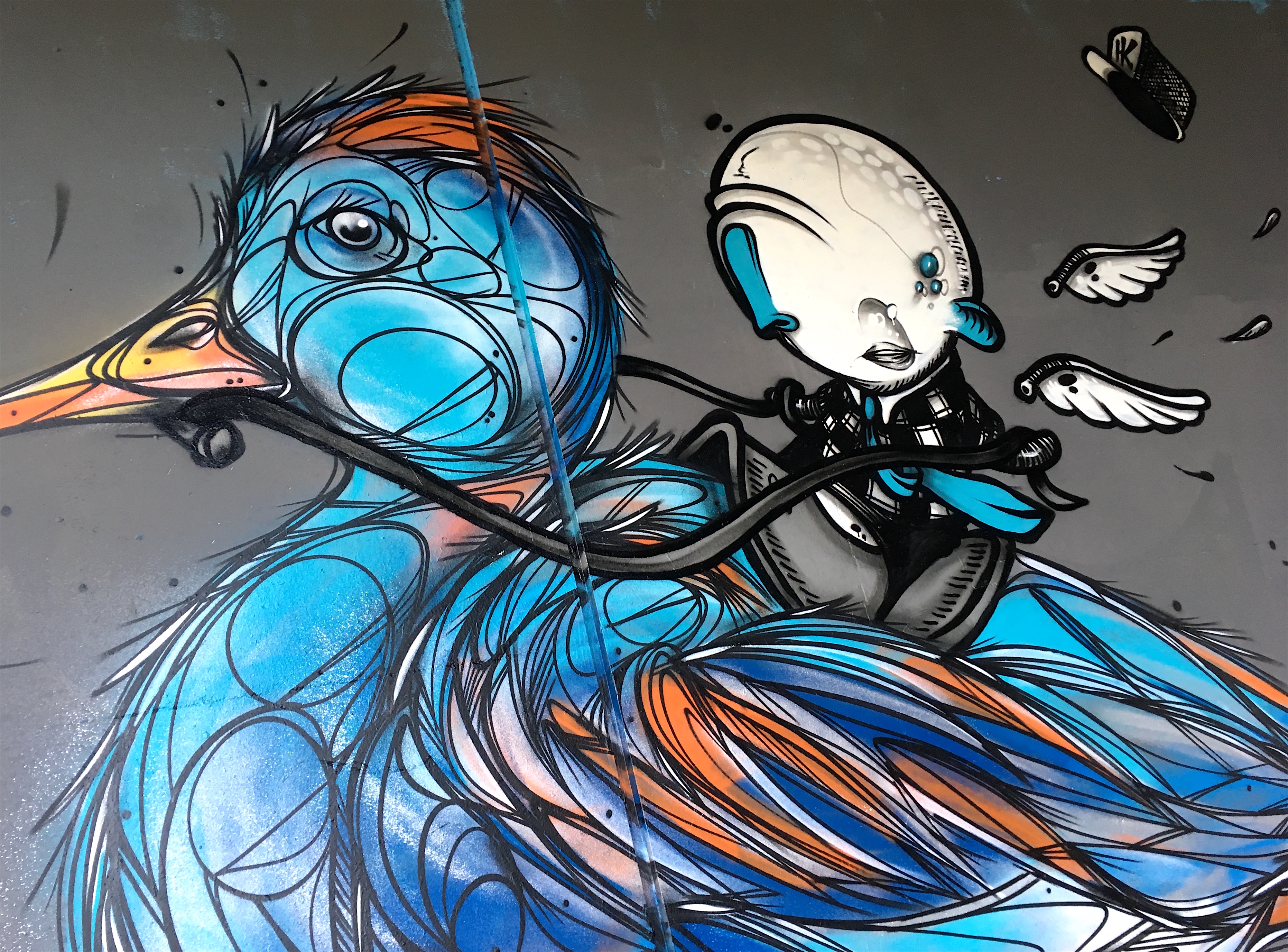 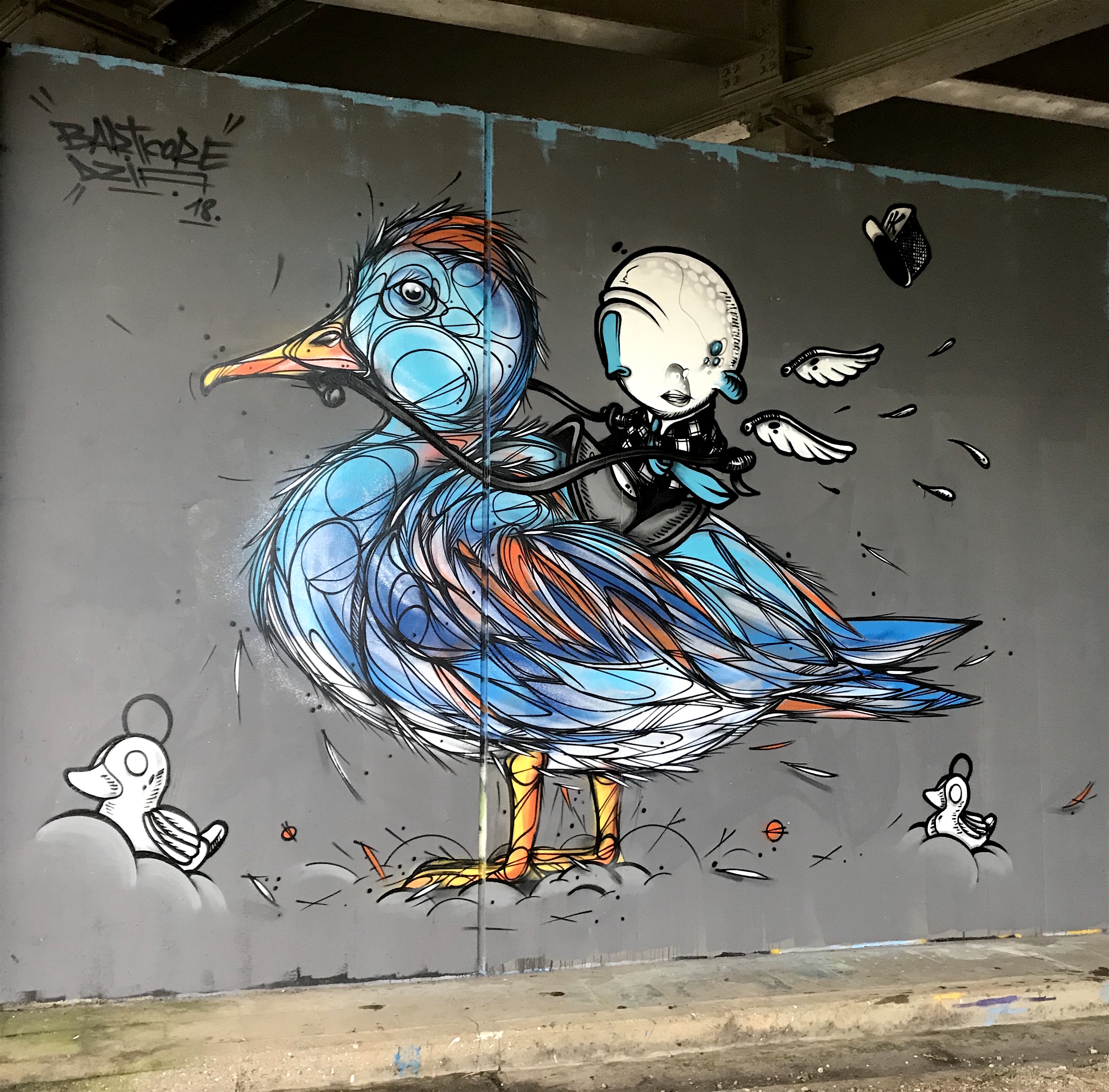 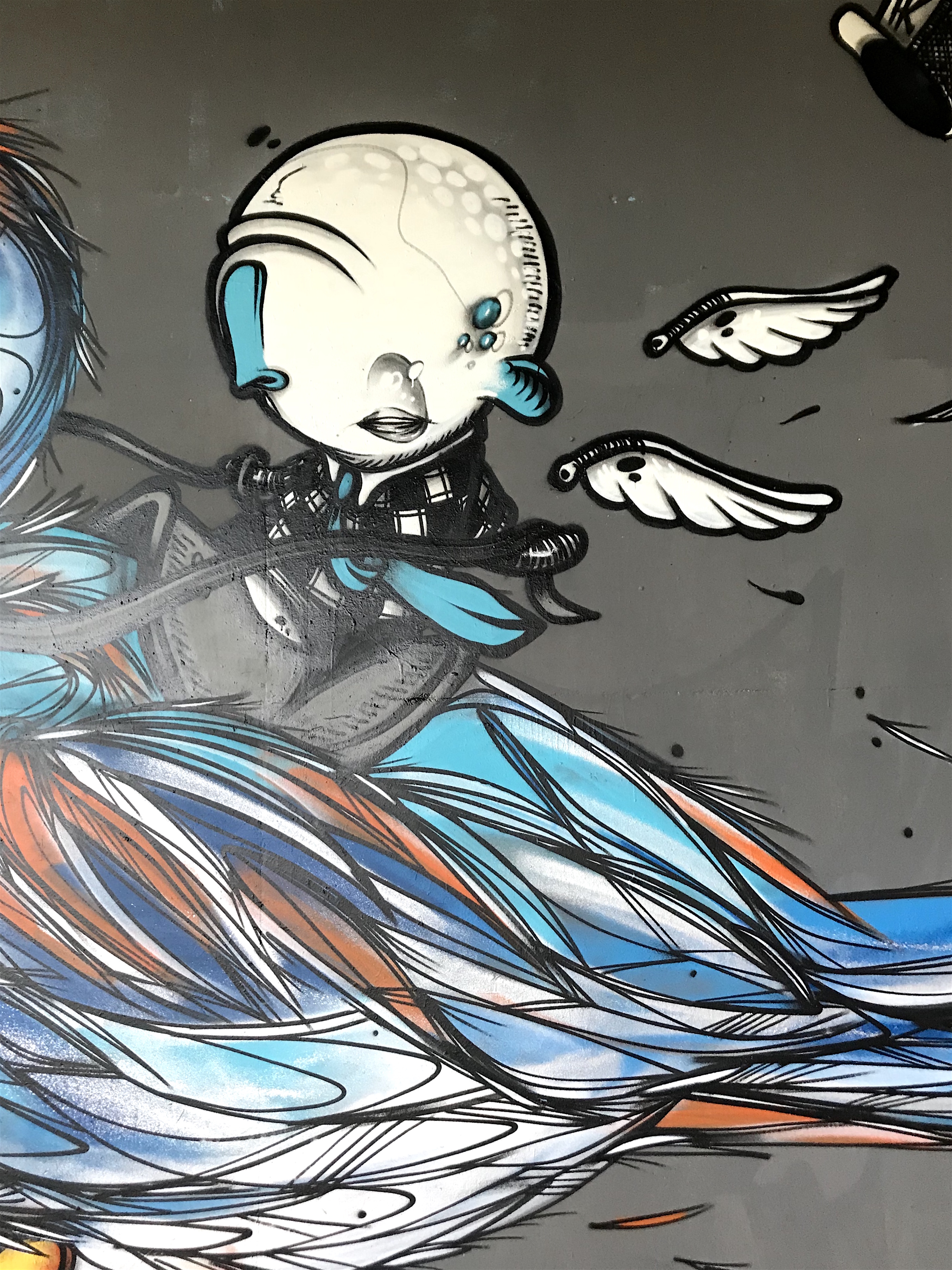 Big and Bright by DZIA in Humpolec , Czech Republic
0 (0)

No Thoughts on DZIA and Bartkore collaborate in Bocholt, Belgium
0 (0)