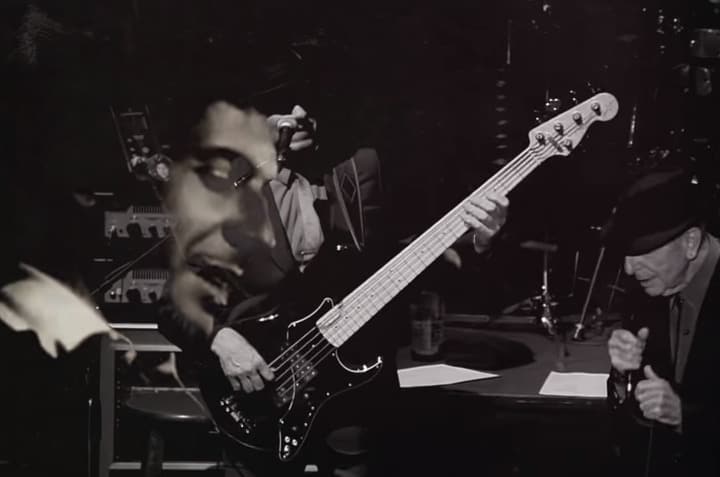 So many songs take love as their topic, almost by default, that we hardly even think of the “love song” as a distinct type of musical work anymore. And when we do, we often do it out of a desire for alternatives: lyrics and compositions of a more complex, cerebral, and iconic nature, escapes from the simple paeans to infatuation, romance, and couplehood with which we can easily feel fed up. Few singer-songwriters in recent history would seem more capable of providing such escapes than Leonard Cohen, who never shied away from looking at life (and when the time came, death) straight on, refusing to shrink from its infinite emotional chiaroscuro. 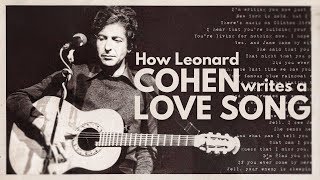 But Leonard Cohen, too, wrote love songs now and again. In “How Leonard Cohen Writes a Love Song,” the video essay from Polyphonic above, we learn just how he tackled that most common of all musical subjects without abandoning his inimitable sensibility. It first examines Cohen’s song “Suzanne,” which has its origins in a poem he wrote in 1966 and appeared on his debut album Songs of Leonard Cohen the following year. Unlike almost all love songs, “Suzanne” deals with a Platonic relationship, in this case the one between Cohen and a woman with whom he regularly drank tea and took walks around his native Montreal.

From “Suzanne” the analysis moves on to “Famous Blue Raincoat” from Cohen’s 1971 album Songs of Love and Hate. The necessary balance between those forces implied in the album’s title reflects Cohen’s worldview, which in the 1970s led him into an involvement with Buddhism. But he’d also looked into Scientology, which explains the song’s then-cryptic question “Did you ever go clear?” That counts as only one of the many cultural references with which Cohen layers “Famous Blue Raincoat,” as he layered so much of his work; even a song ostensibly about love was also about much else in the world besides love.

After an unpromising initial release in 1984, “Hallelujah,” would go on to become Cohen’s signature song. (Malcolm Gladwell tells the story on his podcast Revisionist History). Despite the religious themes on its surface, “Hallelujah” has a deeper meaning, so the video reveals, as a love song, albeit a love song of a multivalent kind. Last comes “I’m Your Man,” the title track from Cohen’s uncharacteristically synthesizer-heavy 1988 album, and itself an uncharacteristically love song-like love song. But, in the words of Pitchfork’s Dorian Lynksey, it takes its “sentimental clichés — I’m addicted to love, I’ll do anything for love — to brutal extremes.” Though Cohen ultimately had to admit his inability to fully understand, much less tame, the forces of love, never did he give up trying to master it in song, approaching it in all the ways typical love songs teach us never to expect.