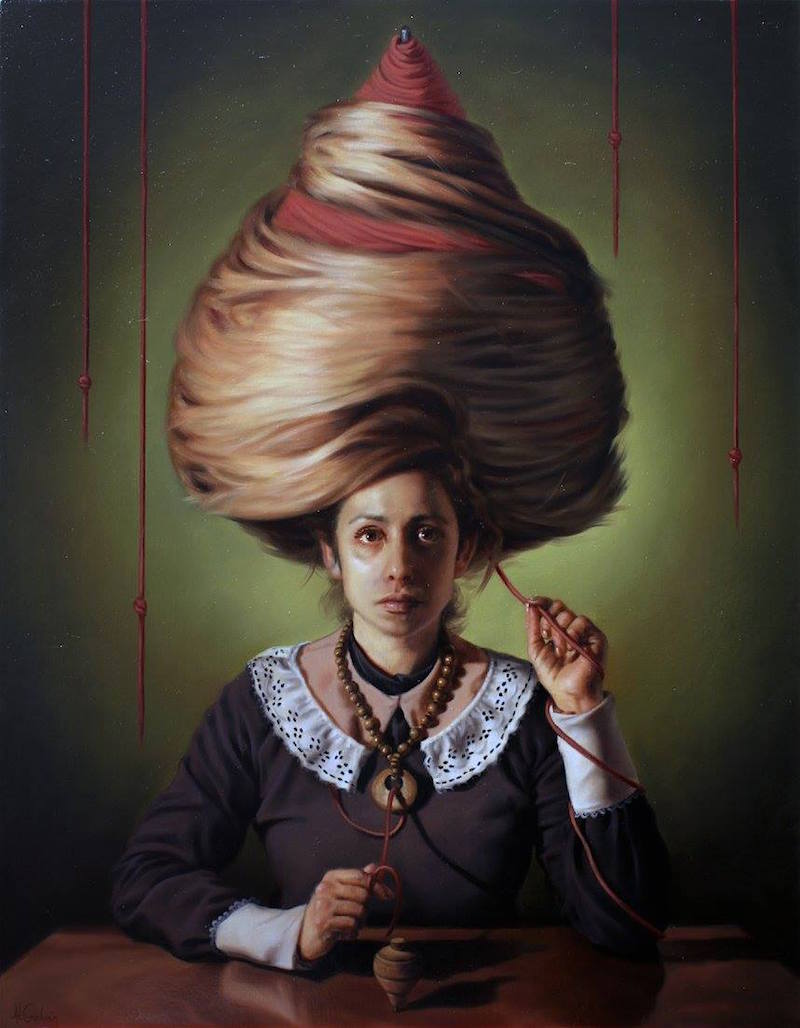 Artist Jose Luis Lopez Galván describes his strange, surreal paintings of human-animal hybrids as taking place within “a different dimension” but “not in a dream.” He blends together every kind of element, whether animal, human, or object, to create “a collage that, in its integration, represents a portrait, not of the aspect of things, but of their essence.” Though their meanings are very personal, Galván’s pictures are intended to bring the viewer into a conversation about what is happening within the frame.

They are paintings to be seen not by the artist, but by the spectator, looking for a communication, so somehow the observer is surprised by the different, but feeling familiarity, feeling that behind it there is something that concerns him.

To encourage this interaction between viewer and painting, Galván has explained some of the symbolic meaning he has assigned to certain figures and objects:

When the rabbit appears I refer to innocence; when the mask of Zorro, hypocrisy; machines are cold and human characters live together without problems in a contradictory world of nightmare, that represents the real world without the wrappings that make it more digestible.

Galván was born in Guadalajara, Mexico. He originally trained as a graphic artist but gave it up to become a painter. He cites his lack of formal training in painting as allowing him develop “a more honest voice”—one that was not conditioned by the strictures of an art school. His main influences come from Rembrandt, Picasso, Goya and the Baroque period.

Galván’s weird and unsettling paintings have garnered considerable interest. He has exhibited his work since 2004. Last year, his work was included in the highly accalimed BeinArt Surreal Art Show, at the CoproGallery. Santa Monica. His paintings have also caused a frenzy of interest on the internet with some commentators describing Galván as “set to become one of the greatest artists of his generation.” Recently, his work featured on the cover of Swedish prog rock band Soen’s album Tellurian. You can see more José Luis López Galván’s work here or buy one of his paintings at the Macabre Gallery. 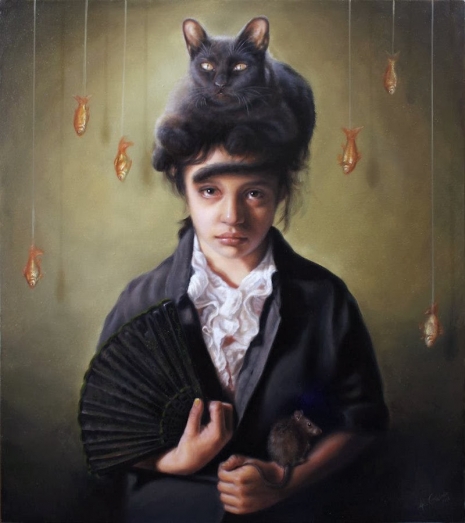 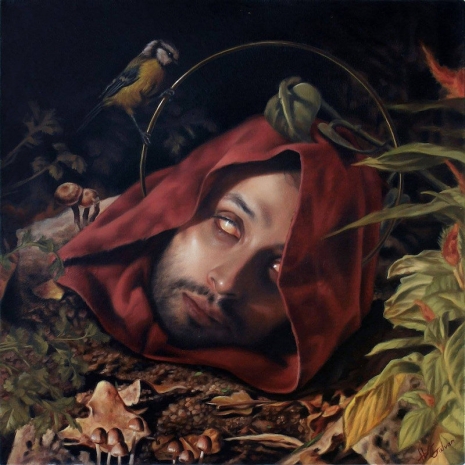 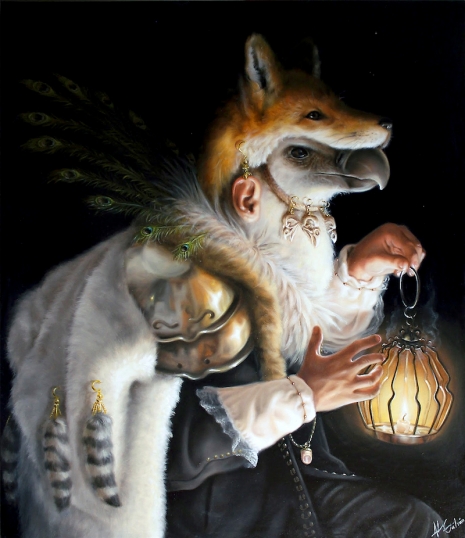 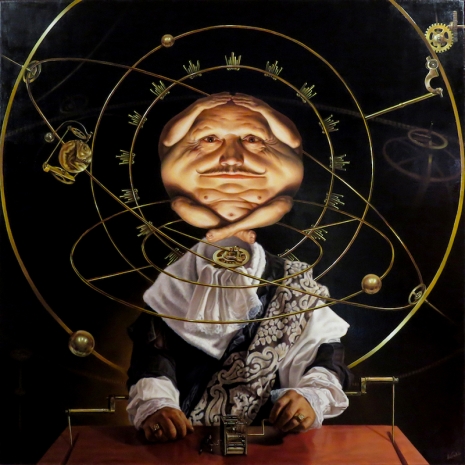 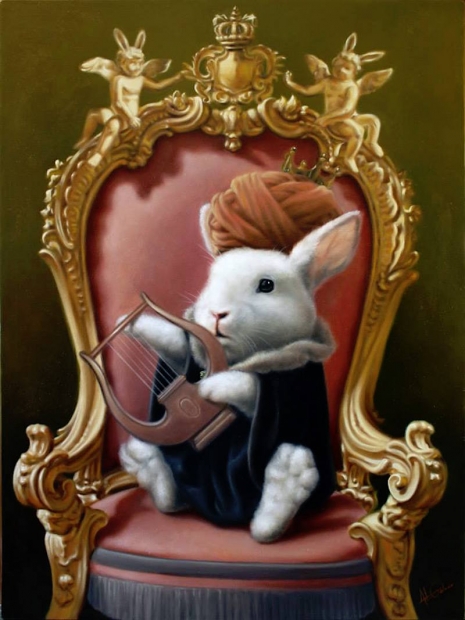 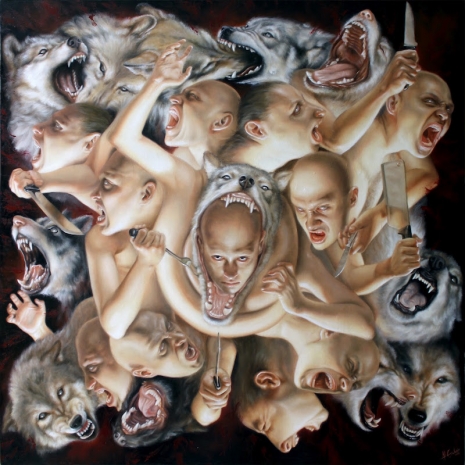 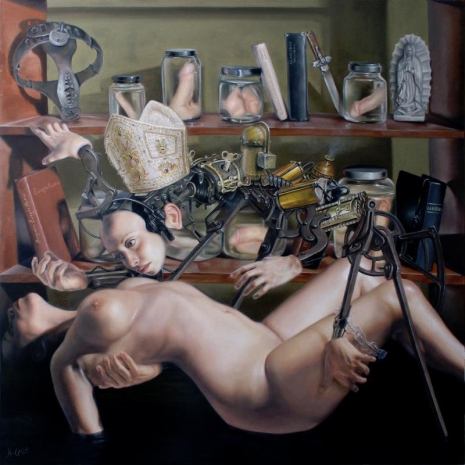 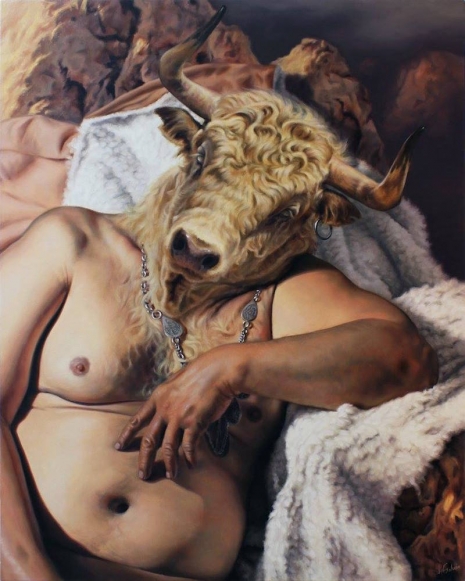 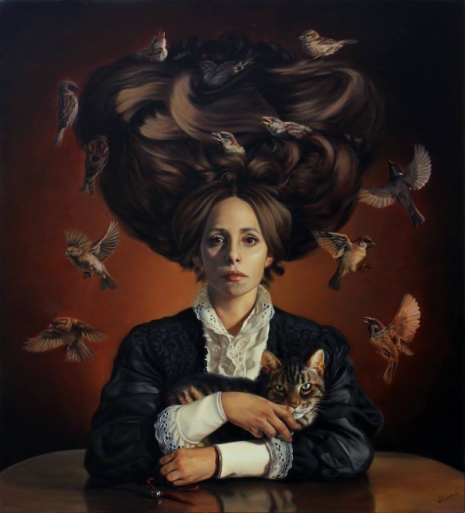 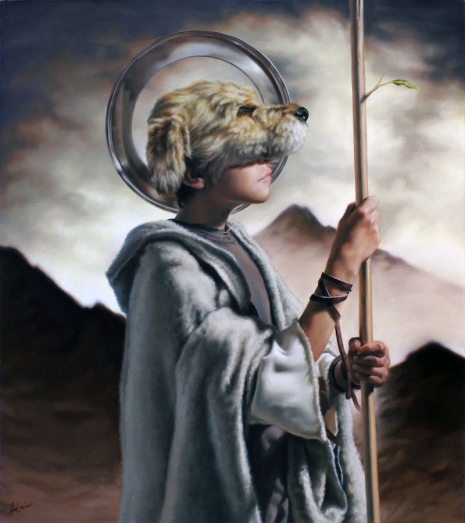