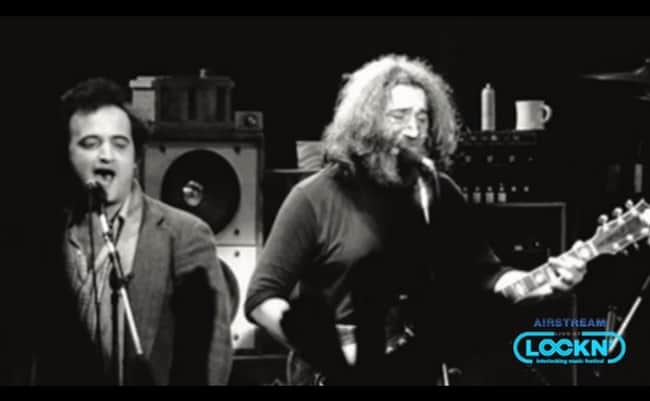 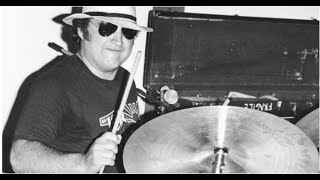 Sure, I know ice truckers and snow crab fishermen have it rough, but I’ve always thought the hardest job in the world is to be a comedian. You walk out on stage, night after night, throwing yourself on the mercy of the fickle crowd, with nothing but your wits to keep you afloat. It’s never been any wonder to me that so many comedians turn to various substances to cope with the heckling, chilly silences, and disinterested, half-empty rooms. Even successful, beloved comics face tremendous performance pressures. Some of them crack.

And some, like John Belushi, hop onstage during a Grateful Dead show at the Capitol Ballroom, cartwheel over to a microphone before the chorus of “U.S. Blues,” and join in on backing vocals.

Belushi’s impromptu 1980 prank performance with the Dead was not, initially, welcomed. He had, reports Live for Live Music, “met with some resistance from the band” when he asked to join in during the encore, and drummer Bill Kreutzmann “had to nix Belushi’s wishes.” So Belushi, true to form, took matters into his own anarchic hands, staging what Kreutzmann called in his 2015 autobiography a “comedic ambush.”

He had on a sport coat with small American flags stuffed into both of his breast pockets and he landed his last cartwheel just in time to grab a microphone and join in on the chorus. The audience and everyone in the band—except for Phil—ate it up. It couldn’t have been rehearsed better. Belushi had impeccable comedic timing, musicality, balls, the works. And apparently, he didn’t take no for an answer.

Belushi’s musical antics, and surprising acrobatic agility, are already well-known to fans of The Blues Brothers. His penchant for real-life musical chaos—such as his staging of an authentically riotous punk show on Saturday Night Live—have also become part of his estimable comic legend.

Sadly, no video of the stunt seems to exist, but you can see Kreutzmann tell the Belushi story in the interview at the top of the post and, just above, hear that night’s encore performance of “U.S. Blues.” Listen closely at around the 1:50 mark and you’ll hear Belushi join in on the chorus. We’ll have to imagine the cartwheels, but it probably looked something like this.

The post: The Night John Belushi Cartwheeled Onstage During a Grateful Dead Show & Sang “U.S. Blues” with the Band (1980), was published at: Open Culture