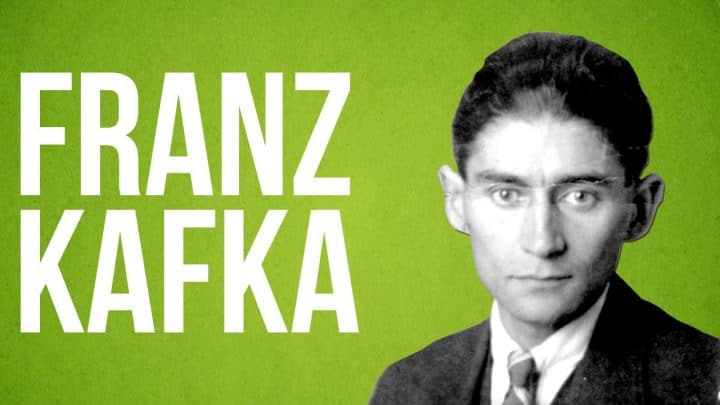 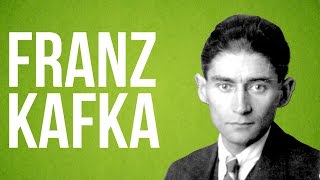 Franz Kafka — he wrote that story about the guy who turns into a bug, and lot of stuff about complex and implacable bureaucracy, right? What more do you need to know? Well, given the enduring use (and abuse) of the adjective “Kafkaesque,” the man’s work must tap into some deeper reality of the human condition than our fears of waking up transformed into something gross and inhuman or getting trapped in the purgatory of vast, soulless, and irrational systems. Here to explain a little bit more about that deeper reality, we have this explanatory animated video above from Alain de Botton’s School of Life.

Kafka, says de Botton, “was a great Czech writer who has come to own a part of the human emotional spectrum which we can now call the ‘Kafkaesque,’ and which, thanks to him, we’re able better to recognize and to gain a measure of perspective over and relief from.” We find ourselves in Kafka’s world whenever “we feel powerless in front of authority: judges, aristocrats, industrialists, politicians, and most of all, fathers. When we feel that our destiny is out of our control. When we’re bullied, humiliated, and mocked by society, and especially by our own families. We’re in Kafka’s orbit when we’re ashamed of our bodies, of our sexual urges, and feel that the best thing for us might be to be killed or squashed without mercy, as if we were an inconvenient and rather disgusting bedbug.”
You might expect any writer who takes those as his themes to have led a troubled life, and this video gets into detail about Kafka’s: the self-hatred of his youth, his unsuccessful relationships with women, the agonizing disease that kept him in pain, and everything else that shaped his writing of not just The Metamorphosis but the novels The Trial, The Castle, and Amerika, all left unfinished, to his own mind, in his short lifetime. But in a way, his dreary life story ends well: “Within a few years of his death, his reputation began. By the second World War, he was recognized as one of the greatest writers of the age.”
Acknowledging the Kafkaesque in our world has become important to many of us, but according to this video’s view of Kafka, you can’t fully understand it unless you understand the writer’s relationship with his “terrifyingly psychologically abusive” father. “Any boy who has ever felt inadequate in front of or unloved by a powerful father will at once relate to what Kafka went through in his childhood,” says de Botton, who has himself spoken publicly about growing up in the similarly dark shadow of his own “cruel tyrant” banker father. But even if you didn’t suffer in the same way, you’ll find something to at least crack the frozen sea within you in the work of this writer who stands as “a monument in German literary history,” and at the same time “a sad, ashamed, terrified part of us all.”

The post: Franz Kafka: An Animated Introduction to His Literary Genius, was published at: Open Culture