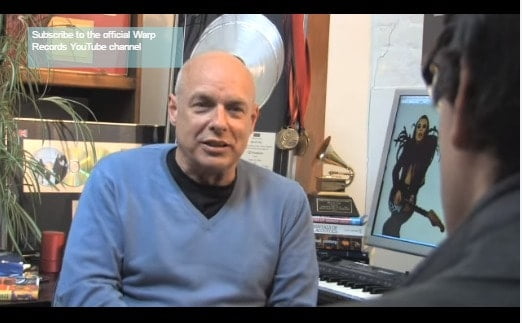 Surely you’re familiar with the work of Dick Flash, the tireless writer for Pork magazine who asks the most brilliant minds in music today the deepest, most serious, most probing questions. Take, for instance, his interview of artist/producer/ambient-music-inventor Brian Eno. “I was going to ask you whether you thought technology had affected music very deeply,” Flash begins, “but then I thought, ‘Well, that’s a bloody stupid question to ask Brian Eno. I know you’ll agree that you just can’t imagine rock music without all the technology which goes into making it and getting it heard. How do you think that process has affected what you’re doing?” 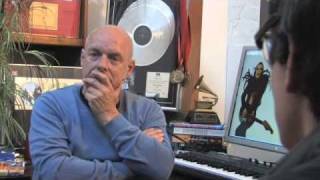 “I mean, when you’re making music, what eventually comes out has almost nothing to do with performance at all. I mean, I wonder if you sometimes feel more like a painter than a composer.”

“The thing about this new record —”

“Because after all, your music is basically scenic. It’s not only that you make it more like a painter than a composer, but also, it doesn’t have a narrative. There’s no sort of teleological structure to it. It’s not goal-directed. Instead it’s a bit like a sort of emotional microclimate, a place more than an event. Does that make any sense to you?”

“I mean, I’m not trying to put words into your mouth, but the real question is, should this stuff be called music at all, or is it a new art form? Do you think that this and other media suffer from the carryover of their original names, when in fact they’ve changed into something completely different.”

The interview, conducted at the time of the release of Eno’s album Small Craft on a Milk Sea (which Flash calls Milk Crate on a Small Sea) constitutes a true meeting of the minds. The conversation covers all the subjects that matter: ecology, film scores, the 1956 Copyright Act, the human need for surrender, “the internet and all that,” the Edge’s hat, and why Eno does so much collaboration in the studio. As to that last, the interviewer has a theory: “You love playing with what somebody else is playing as much as you enjoy playing with yourself.”

But wait — you say you’ve never heard of Dick Flash? Watch the interview again: doesn’t he sound and look, behind that hip hair and spectacles, at least a little bit familiar? And doesn’t Eno himself, confusing Malcolm McLaren with Marshall McLuhan and going on about Annie Lennox’s neck, seem uncharacteristically inarticulate, almost as if he’s poking fun at himself? (And who’s that in the picture on his computer desktop, anyway?) Like all the finest interviews throughout the history of journalism, this one leaves us with more questions than answers.