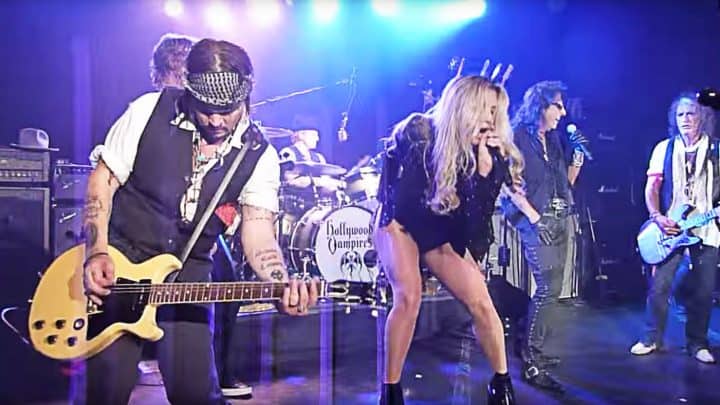 When Hollywood Vampires, the supergroup featuring Alice Cooper, Johnny Depp, Joe Perry and Duff McKagan, among others, played their first gigs in late 2015, they invited some guest performers. One of the singers was Kesha.

The pop star had previously duetted with Cooper on “What Baby Wants,” a song on his latest solo record, 2011’s Welcome 2 My Nightmare. She had also previously joined Cooper onstage around that time to sing “School’s Out” at small gig in Hollywood.

With the Hollywood Vampires – who played two gigs at Hollywood outpost the Roxy – she put her all into a rendition of Led Zeppelin’s “Whole Lotta Love” on both nights. Video from the first night shows her sauntering onstage in a long-tail jacket and skyscraper-high heels as the group plays its soul-inflected intro to the tune. Cooper hangs back in the shadows, as she belts the verses right down to their last “You need me, womaaaaan” howls, although she disappears sometime during the guitar solos.

She came back onstage a few songs later for an all-star version of Cooper’s “School’s out,” which also featured Tom Morello, Perry Farrell and Zak Starkey. 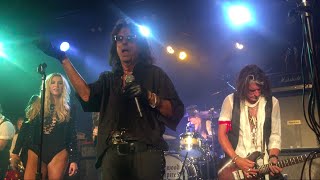