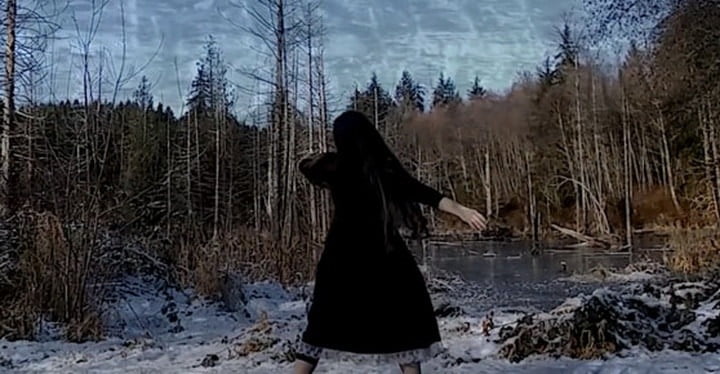 The Story Behind the Song – Black Flowers

Songs about coal mining have been a part of folk music from the time when major commercial production began in earnest in Appalachia in the 1870s, as exemplified by John Wallace Crawford’s Only a Miner Killed, composed in 1877.

Later, Florence Reece’s Which Side Are You On? was a question about the miners in a 1931 strike in Harlan County, Kentucky.

They are present in early country music – witness the Carter Family’s Coal Miner’s Blues, recorded in 1938, and later, in 1946, singer-songwriter Merle Travis, whose father and brothers were coal miners, wrote the oft-recorded lament Dark as a Dungeon.

As have many others, Miles’ song, Black Flowers, has its origins in West Virginia ….

I was playing on the Mountain Stage radio show in West Virginia many years ago. I was on tour, so I was driving around that part of the country.

I was struck by the shape of the hills, and the little houses and trailers that folks were living in at the bottom of these hills. It seemed like they would never get any sunlight. I started thinking about the coal miners who worked underground then went home to a place with no sunlight. I wondered if any flowers would grow there, and I imagined coal dust falling on a flower.

I’m always interested in the person who’s not in the spotlight, the bit player in the drama, so I thought about the woman who would be at home in this setting, and the dangerous work of coal miners.

Also, I’d been carrying around the idea that the funeral parlor is usually the nicest building in depressed little towns.”

Claire Lynch’s superb rendition of Black Flowers is rated a standout track on her Grammy® nominated album, North by South.

Claire Lynch’s superb rendition of Black Flowers is rated a standout track on her Grammy® nominated album, North by South.

Lynn Miles, from Quebec, is one of Canada’s most accomplished singer/songwriters; she began composing songs at the age of ten.

She wrote and arranged her winter music show Songs for The Longest Nightfor which she performed with a string quartet at the National Arts Centre in December 2014. Music from the show was included on her 2015 CD release Winter.

Her song Three Chords and the Truth was included in an episode of the popular BBC TV show Case Histories 2 (2013).

Miles has 15 albums to her credit, with her third Unravel having claimed the Canadian Juno Best Roots and Traditional Album (Solo) for 2003; while her first, Slightly Haunted, was a Billboard magazine Top 10 pick for the year (1996).

Also, she has a variety of Canadian Folk Music awards; in 2005 for Best English Songwriter & Best Contemporary Singer; in 2011 she was named English Songwriter of the Year; and in 2013 she was heralded as the Solo Artist of The Year.

Miles has toured and continues to tour across North American, GB and Europe.

She has produced several CDs for other artists, including two by singer/songwriter Lynne Hanson, with whom Miles has performed as The LYNNeS.